What should I do with partitions to reinstall windows?

My Windows 10 side of my dual boot don't work anymore. Here are screenshot of the issue I faced. I tried every option proposed by the device, none of them worked and I was rather thinking of erasing every partitions, reinstall Windows and do my dual-boot again with a Windows 10 live key.

Yet, I faced this problem when inserting the live key : 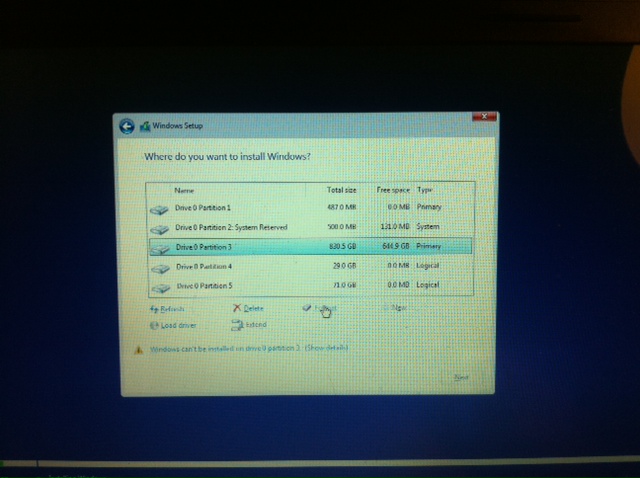 What should I do to do the first step reinstall windows 10 ? Delete all partitions, insert my key again ?

I would rather prefer to make windows 10 work again but, searching how to do it since a month, I never found neither help nor solution.

Here is the message that pops out from (show details) 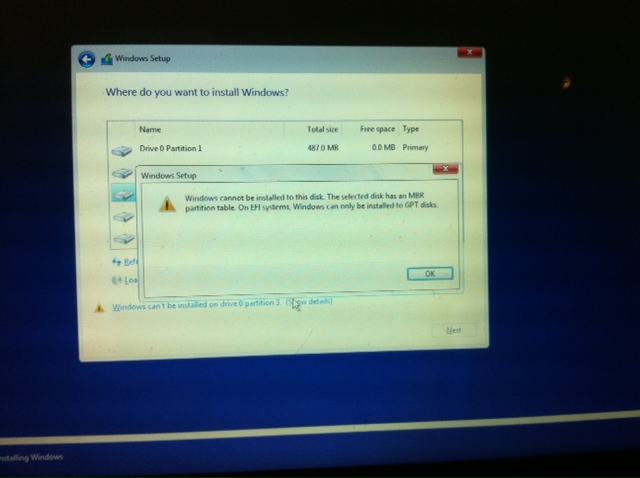 This is because of the difference in Partition Scheme. There are two types of Partition schemes.

MBR Scheme: MBR Scheme allows 4 Primary Partitions only, and if you need more then, you can create Extended Partitions. It was introduced with IBM PC DOS 2.0 in 1983. MBR Scheme only support HDD till 2 TB only. Until Windows XP, MBR was the only Partition scheme to install Windows. After Windows 7, Windows can be installed on either MBR Scheme or on GPT Scheme depending on the the firmware of your BIOS.

GPT Scheme: GPT Partition Scheme was developed in the late 1990s but got more common after 2010. GPT supports Disks which can be greater then 2 TB.

BIOS Firmware Interface When the Computer boots up, BIOS after performing some initial Input-Output Tests, fetches the data in the first 512 Bytes on the first boot device and starts the OS from there. BIOS is unaware of the Partitions etc. It is the Code in the 512 bytes which starts the Process.

UEFI: Unified Extensible Firmware Interface (UEFI) recognizes/understands the Partition Scheme (both MBR and GPT). Normally there is always a Hidden UEFI System Partition, which contains the information on how to start the Operating System.

Regarding your issue Recently manufactured Desktops/Laptops all contain UEFI, so you can boot using UEFI. However for compatibility purpose, they also contain a CSM Module, which emulates a BIOS, so if you want to start your OS using BIOS, you can do so. Windows OS have a bit of limitation. They only allow you to install Windows only on:

Now, regarding your issue, you basically have MBR Partitioned HDD, and you are booting your System using UEFI. There are many possible solution to fix this:

Regarding Ubuntu, you will not face any issue because, Ubuntu can be installed on MBR Partition Scheme, and also on GPT, irrespective of the fact whether you are booting via BIOS or UEFI.

Not the answer you're looking for? Browse other questions tagged windows-10 boot partitioning multi-boot reinstall or ask your own question.

1
Dual boot win 7 and 10
0
Windows is not booting & Ubuntu is running very slow 😭 , may be due to bad partitioning
0
Cannot boot into windows after deleting linux
0
Untangling a mess of partitions and bootloaders
1
Reverting a Dual Boot Windows/Ubuntu