How to exclude node_modules directory from OneDrive synchronization?

I’m a front-end developer, and I keep my front-end projects in OneDrive. Due to how Node.js organizes dependencies, each project has a node_modules directory with tens of megabytes of tiny files which take forever to sync.

What can I do to avoid synchronizing node_modules directories while keeping the projects in OneDrive?

I know this is an older question, but I ran into the same issue. The solution I came across was to first create an empty node_modules folder and then sync that with the cloud.

Once the empty folder was synced, I then went into

and deselected the node_modules folder.

Then when you run npm install in the project root folder, OneDrive will detect a conflict with the contents of the folder in the cloud. It will not sync.

The downside of this approach is that OneDrive produces sync errors, but it seemed to work well for my needs.

OneDrive doesn’t allow to exclude directories by name, and that’s something that won’t change soon:

[OneDrive’s representative response on a UserVoice request:] Not right now

Some people recommend to uncheck directories you don’t want to sync in OneDrive settings, but that became impossible with OneDrive Files on-demand.

However, you can solve this by tweaking things on the Node.js’ side. Make the node_modules directory a file symlink to a different place:

The important piece here is that you create a file symlink, not directory one. OneDrive won’t recognize and sync this symlink, whereas Node.js will work with it as intended: 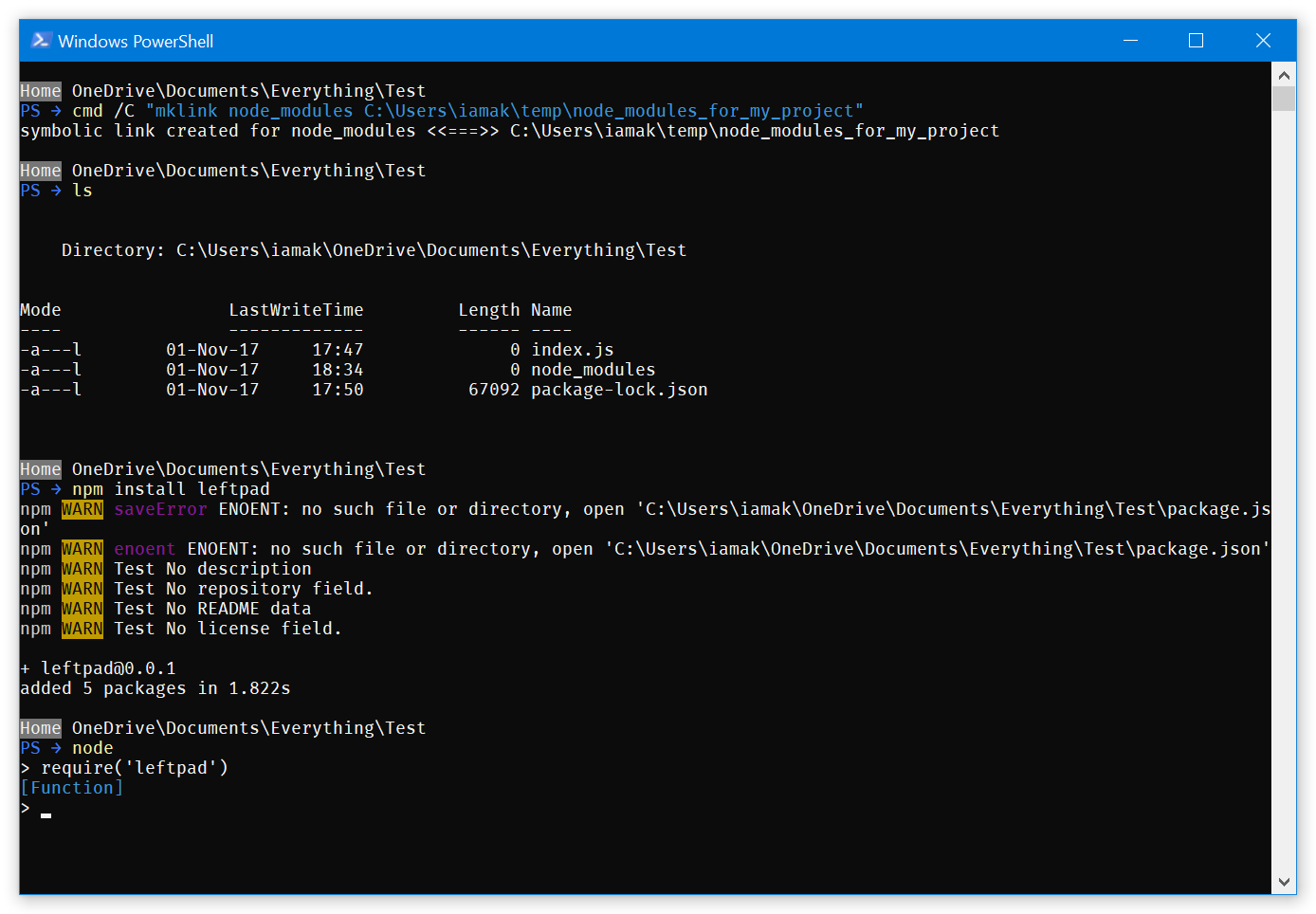 This is not a universal solution. A drawback of this is that Explorer, Powershell and other tools won’t recognize node_modules as a directory: 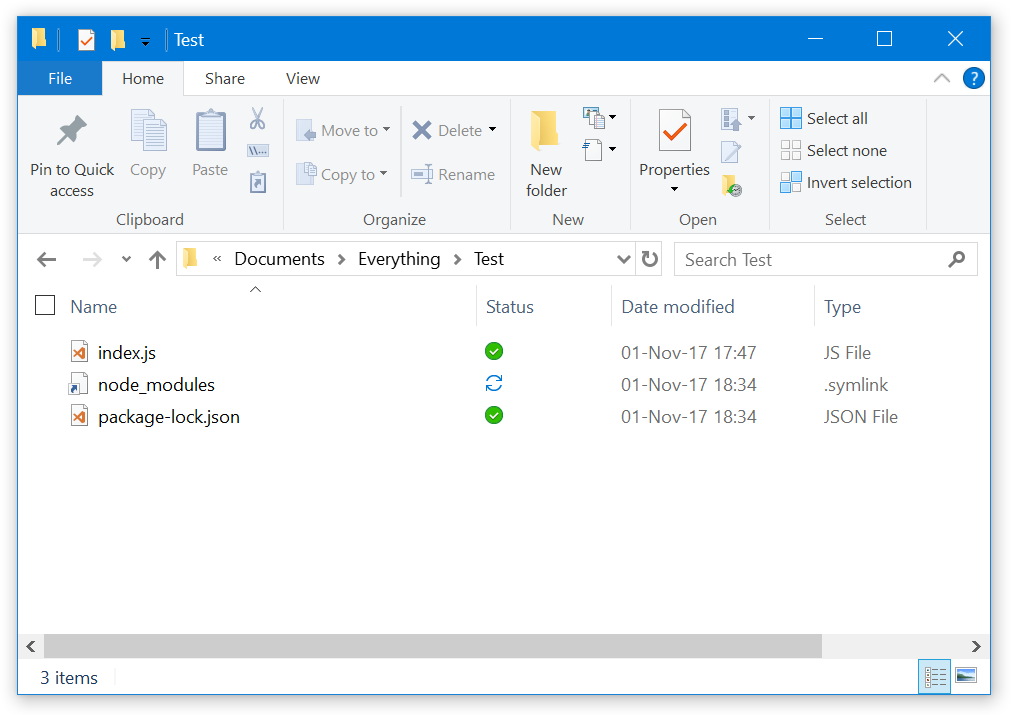 However, Node.js-based code editors will read it just fine: 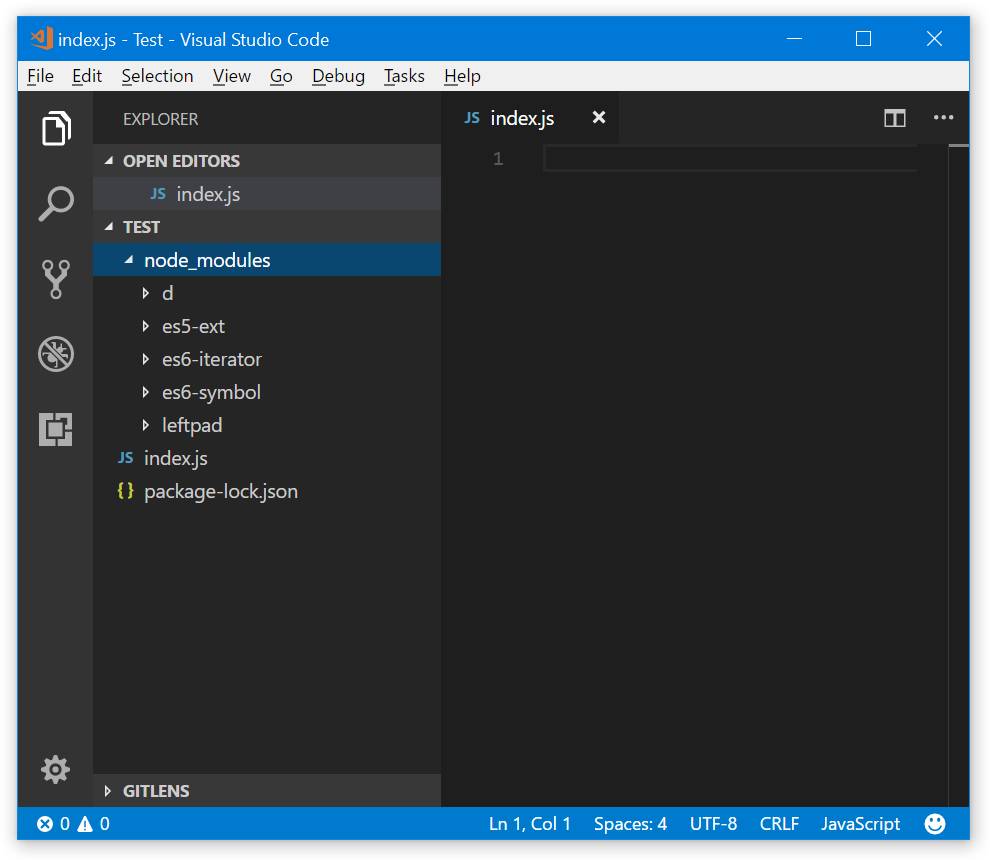 For Typescript users out there, add node_modules to your path to avoid module resolution issues.

Edit: Still have some issues. I can build the project but ts-node and nodemon fire Cannot find module errors. Well, this is still an issue then :(

I've found that the best solution is creating a 'local' folder outside the OneDrive folder where the project will be saved and any modules will be installed. This is the actual project.

To sync it to OneDrive I manually create a 'parallel' folder and copy only the content I want using 'RoboCopy'. You can then schedule this task.

The files & folders names/wildcards to ignore were copied from the .gitignore file

The solution is based on a few articles:

you can also use GUI to create the .bat task file to be scheduled. GUI by microsoft & ChoEazyCopy GUI which is much better

After reading these proposed options, I ended up deciding to put everything outside of OneDrive and create a script with Robocopy to backup to OneDrive whenever there was a change in the projects folder.

Just delete the files or folders in OneDrive that you don't want to sync , they're still there in your local disk.

I have found that using dev containers can fix this issue if you can put the time into creating your environment.

Not the answer you're looking for? Browse other questions tagged windows sync onedrive node.js or ask your own question.