What are the "tmp" .RAW files showing up when importing pics from Android to Windows PC?

When importing photos taken from my Samsung Galaxy S6 into Windows 10, sometimes I get anomalous photos imported that are not in my camera's galaxy.

The anomalous imported images vary in their contents: sometimes they are 1px*1px white image files of a few kb size; sometimes they are graphics like an arrow direction sign, a generic scene of a camera displayed over a cityscape like an ad, or an octagon; sometimes they are files that seem like images but don't open correctly; sometimes they are screenshots of my phone homescreen but they are not screenshots that appear in my phone gallery as when I intentionally take a screenshot. In my last test case, my import included 6 files named "tmp0", "tmp1" ... "tmp5" all .RAW format and somewhat large (one is 8MB, one is 15MB). These files sometimes have almost no metadata, and in some cases they have timestamps that happened when the phone was off and I was asleep! So far I've noticed they all have File Attributes="A" under Properties > Details > File, but I'm not sure what that means.

Here are some specs on the import:

I use the same import system to import photos from a different camera which connects to the PC via an SD card. When going off the SD card, I never get these weird images, so this seems specific to the Android/Windows connection.

Here's a screenshot of the weird photos I get when importing images from my phone, which are not in my phone's gallery: 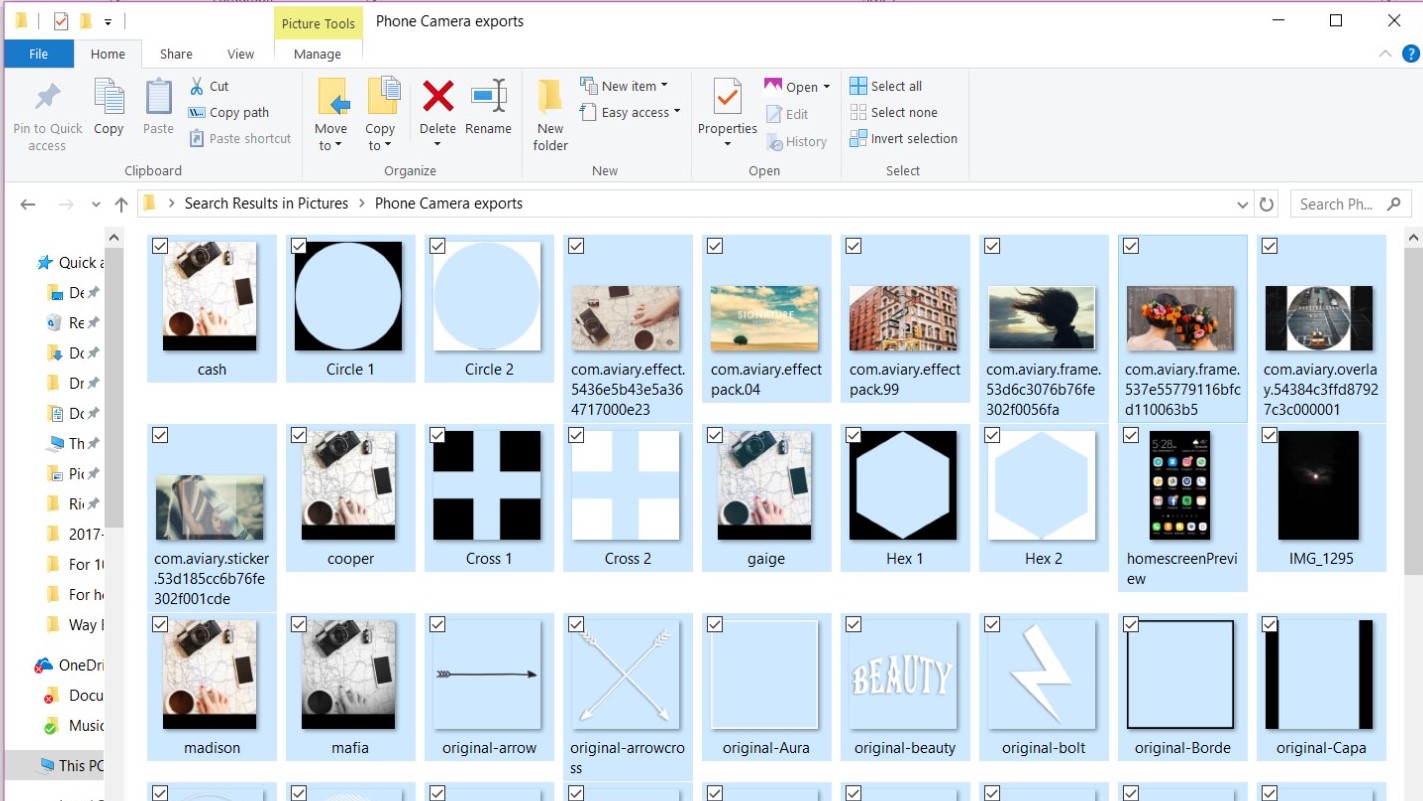 It seems these temporary images are originating from the LPE folder.

Basing on the explanation give on this answer:

The LPE folder is used by Samsung's Camera and Photo Editor apps. The files inside are photos in a raw format. If you open the file in photoshop, you can make out the image somewhat. The specifics of the image bit orders are not known.

One Samsung user acknowledges that this folder, continuously and periodically creates/modifies tmp*.raw files every day at arbitrary times.

About the nature of their appearance of these temporary images, they seem to come in fragments and unusual colours:

It (the .raw file) contains your last image in a very specific way: the first quad of image in a blue light, the second in red etc.

and some suggest it comes from specific apps whose screenshot would have been taken randomly:

If I remember correctly, mine is usually filled with RAW files which, when opened in Photoshop, are just screenshots of my apps at different points.

What are they used for?

One user suggest that;

These temporary raw files (tmp0.raw etc) which are made by the Samsung camera are created to aid fast editing of the pictures you take. New raw files are also created when you use the built-in photo editor to add effects to your photos.

One consenquence about these files is the potential drive space they can take up as they can be large.

These are temporary files and can be safely deleted.

that occurs on every phone, I guess. thumbnails, caches and temp files are created automatically by systems for quicker navigations. you can delete them. won't harm you anyway.

Not the answer you're looking for? Browse other questions tagged windows-10 android photos import or ask your own question.

4
Importing photos on Mac OS X
9
Why are camera files typically prefixed "DSCN" or something similar?
2
How to de-dupe identical photos that have a slightly different file size?
2
Import only DCIM from Android phone
1
Can't send files from Android to Windows 8.1
1
Are the files opened with the photos application of Windows 10 temporary stored anywhere?
0
Which metadata fields Windows 10 Photo App uses while importing?
1
How to control android phone with broken screen from computer when there is a password?