How to stop OneDrive from acting as default Documents folder

After setting up a bunch of programs on my new laptop I noticed that Windows has made a folder inside OneDrive that's called Documents. Furthermore it acts as my default Documents folder and I noticed that the programs I've installed store a bunch of folders and files inside this OneDrive/Documents folder. I would very much not want OneDrive/Documents to act as the default documents in a way that my programs perceives this as the Documents folder to store preference files in and what not. Ideally, I would like not to have something called "Documents" inside OneDrive, and only have files go to OneDrive if I manually put them there.

I've gone to Documents settings and changed the Default and Public safe location to my local Documents folder (Like shown on picture). However, when I reinstall some of the programs that previously installed preference files in OneDrive/Documents, they still use OneDrive as the default Documents location (even after deleting all leftover associated files with Revo Uninstaller during the uninstall). 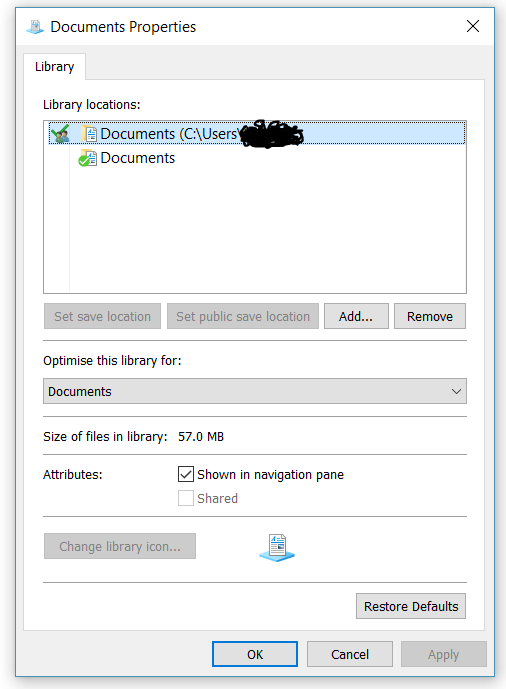 Is there anything else I can do have more OneDrive stop acting as Documents, and have more control over what gets put in there? Thanks

Please open OneDrive settings and under Auto save tag, make sure to select the settings for Documents as This PC only. 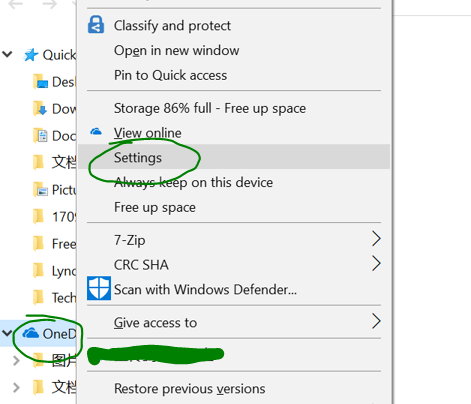 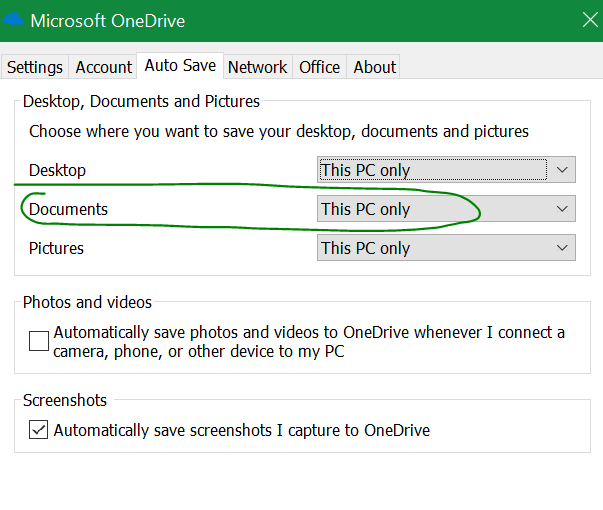 Not the answer you're looking for? Browse other questions tagged windows windows-10 onedrive cloud-storage my-documents or ask your own question.

11
How to unlink my Documents folder from my OneDrive account?