Flash drive not showing correct capacity. What are possible efforts to save it?

I have a USB flash drive that I know has ~32 GB capacity:

Today, however, Windows 7 says the flash drive is empty and that its capacity is only ~200 MB. Since I only ever use the flash drive to transfer data between computers, and not to archive data, losing the data is no problem. But I do want its full capacity! 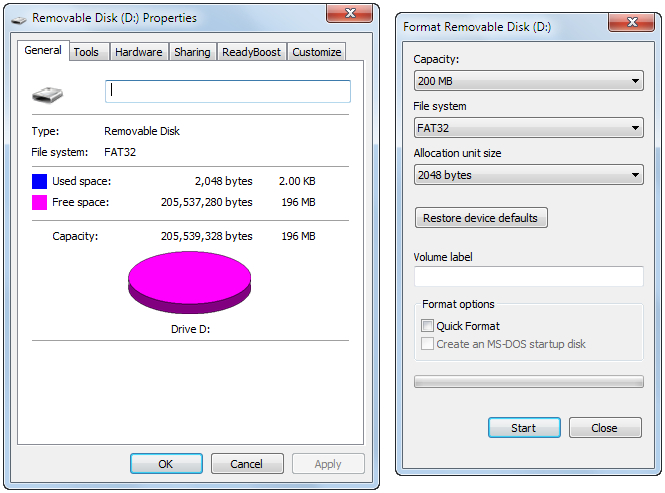 As a test, I tried to copy ~400 MB of files to the flash drive (in case Windows was only displaying the incorrect capacity), but Windows will not let me: 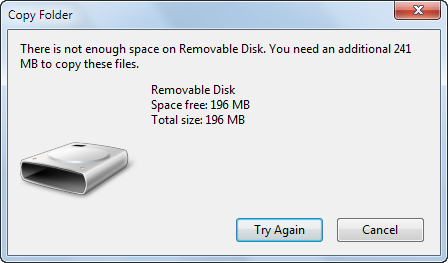 Finally, I connected the flash drive to a different laptop -- a MacBook Pro (since FAT32 is compatible with Windows and Mac) -- but OS X too says it is 200 MB, even after I reformat it on that machine.

Does all of this indicate that the flash drive is "dead"? Is there anything else I can try in order to save it?

As you have stated that losing the data is not an issue:

Plug the flash drive into your computer with Windows and enter

Once you're in diskpart, enter

When you have the number of the flash drive, enter

After this is done, you can go into diskmgmt.msc and you should see the full capacity. Go ahead and create a new simple volume, choose the file system, and format it.

To fix incorrect storage size problem of Flash drive, you can try Bootice.

Not the answer you're looking for? Browse other questions tagged usb-flash-drive fat32 or ask your own question.