The problem is whenever Nord VPN is connected through its native app on my home server, I cannot connect to the server via RDP. I get errors, both from my phone (while connected only to cellular network) and from my work computer. When VPN is disconnected, I can RDP just fine.

I have a home network laid out as follows:

I used to have it set up with the Linksys as my primary router, and I could connect regardless of whether VPN was connected-- I had no issues at all then.

What changed since I switched to the other router? Both were set up with port forwarding. I feel like I'm missing something dumb.

EDIT: Crude diagram of my network (need someone with rep to embed this image): 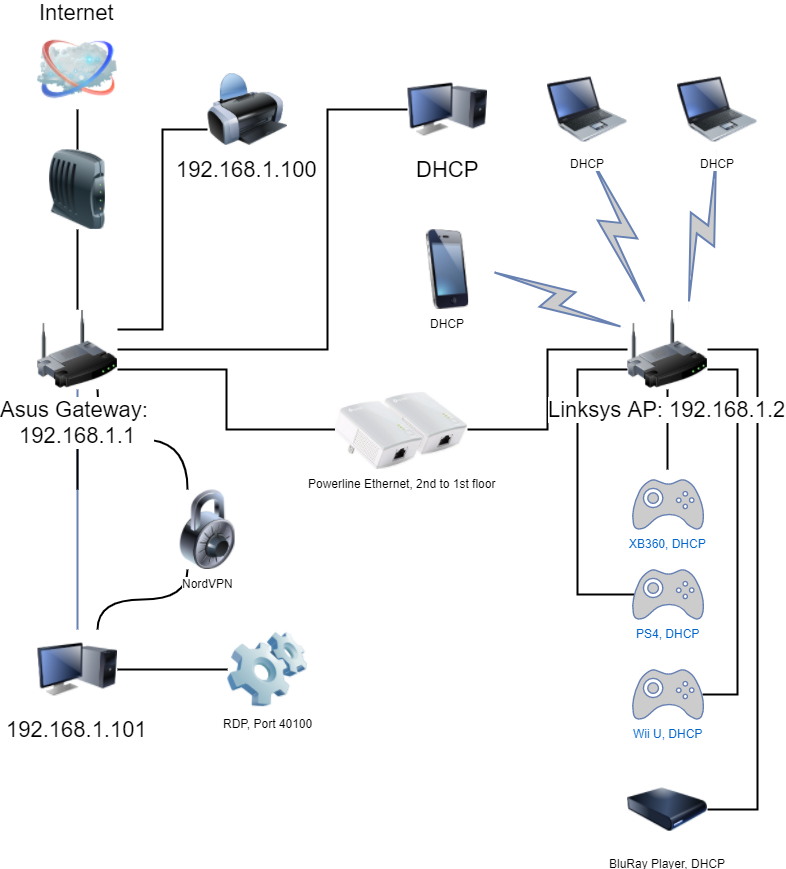 Browse other questions tagged networking router vpn remote-desktop or ask your own question.

0
Unable to RDP to a second computer on the same router after changing default RDP Listening Port
1
Connecting to a VPN box on my LAN, while connected via VPN
0
Windows 10 unable to connect to PPTP VPN server
0
Laptop RDP LAN only works when laptop is connected to another VPN
0
How to connect to work VPN when also have personal VPN?