In Excel 2013, I seem to have had the default indent reference width (i.e. the width of an indent value of "1") for left-aligned text somehow increase.

When I use a previously created worksheet, I can successfully apply an indent value of "1" in a cell to get the desired indent size, i.e. an indent of a single character. Note how, in the screen shot below, the indented text is shifted to the right by one character relative to the unindented cell above it. 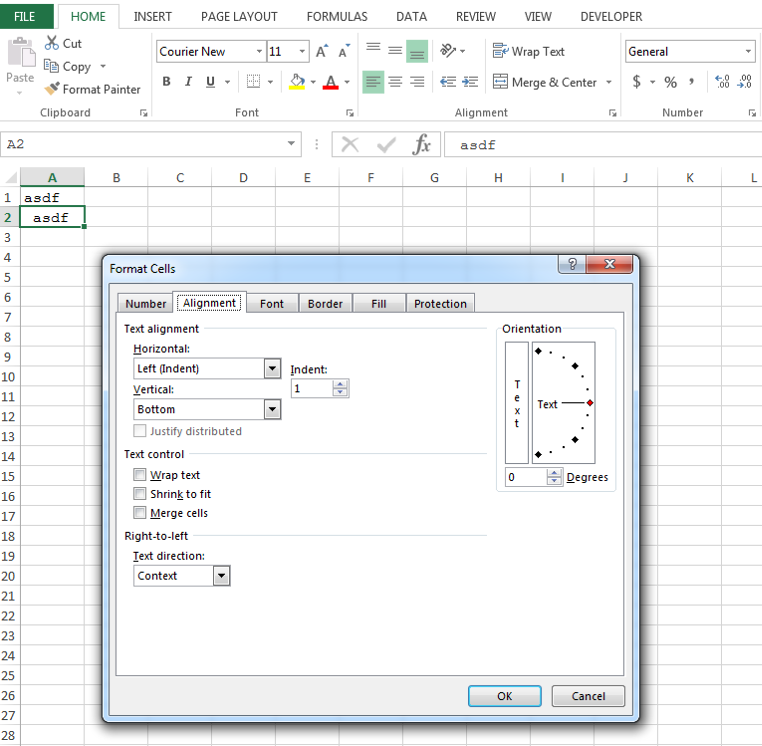 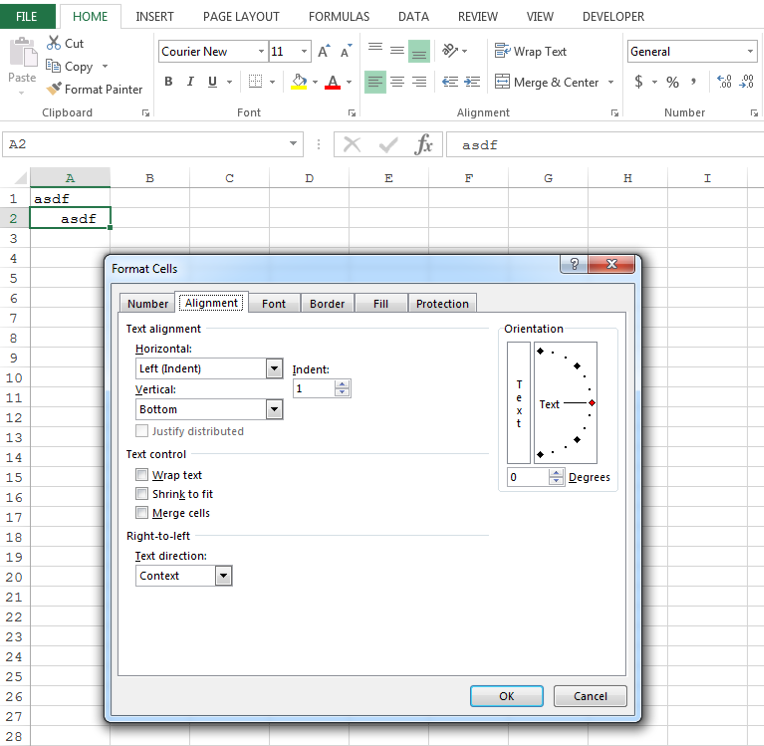 In both cases, you can see in the screen shots that the font in that cell (and, as far as I can tell, the font elsewhere in the worksheet) is "Courier New", font size "11". I've looked through the "Format Cells" window, the document "Options", and elsewhere, and I can't seem to find a way to control what an indent of "1" means.

Note that cell indents cannot have decimal values; they must be integers. So I can't solve this problem by, e.g., applying an indent of "0.333". But even if I could indent it fractionally, that would not satisfy me. I want to be able to control what my indents are, in part to make formatting between documents consistent, but also just more generally to feel like I'm formatting the document in a rational way.

So how can I exert control over the default indent reference width?

This is presumably related to the fact that spaces are wider in fixed fonts like Courier New than proportional fonts like Calibri. However, I don't know what the calculation is. My initial guess, that an indentation of 1 was the width of two spaces (or one decimal digit) turns out to be incorrect.

Not the answer you're looking for? Browse other questions tagged microsoft-excel text-formatting indentation or ask your own question.

36
When does Excel decide to overflow text into adjacent cells, or cut them at the boundary?
120
Why does Excel treat long numeric strings as scientific notation even after changing cell format to text
0
How can I get the hex value of an 8 row column with depending on background color?
11
How can I escape special characters in cell formatting in Excel
5
Is it possible to remove the hyperlink background in OO Calc?
14
Copy multiline formatted text into a single cell in Excel
0
Excel: Conditional Format Table Row dependant on dates in multiple cells
0
Trouble saving an Excel document as tab delimited file with japanese Shift-JIS