How to delete files/folders with illegal names?

How can I delete a set of files that contain illegal characters including new lines? The file system is FAT32.

On a friend's Ubuntu, I've tried rm -rf, which has given no results, besides errors of course.

The errors I've been getting from both systems revolve around the illegality of the syntax and no having no permissions. The 80004005 erros come from attempting to delete the parent folder. I've tried to chmod the files into complicity but it had no effect.

Curiously enough, attempting to view the files in Ubuntu's Explorer has also resulted in an error: 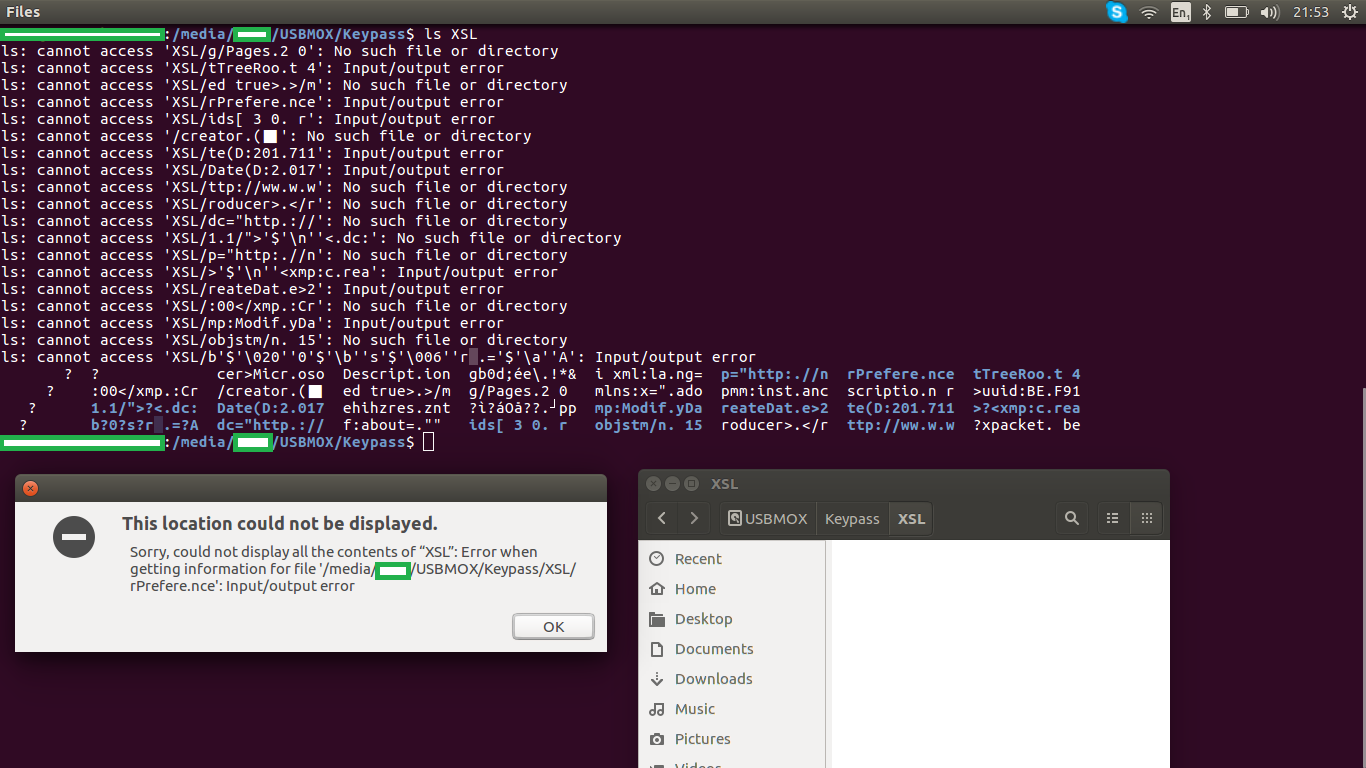 Additionally some of the files seem to contain new lines within their names. Very strange indeed. I don't really understand how this was allowed in the first place.

Is there anything else I could try besides a reformat?

Context: I'm getting into the whole password manager thing, and as part of that, I wanted to have a portable copy of my password manager on my USB stick. As such I've downloaded the portable version, and using WinRAR, I've attempted to unzip it into the USB. Errors occurred, iirc of similar nature, and now we're here.
The broken files only exist within the XSL which as a whole is broken. I'm not sure what WinRAR has done wrong, since initally it was only supposed to be 5 xsl files.
The password manager was KeyPass 2.

Whatever corrupted your directory entries probably also corrupted the disc locations, some pointing to outside the partition, with consequent I/O errors.

You need to do a file system repair: try Windows first, but then Ubuntu if it fails.

If all else fails, copy all the other directories, format the disc, then copy back the valid directories; on a system disc you may need to do a clean re-install before copying the files back.

Not the answer you're looking for? Browse other questions tagged linux windows fat32 or ask your own question.

0
How to change password on RAR archive w/o modifying arch. files attributes (modified/created)?
0
How to access NTFS partition and erase files on clicking hard drive (part-success)
20
How do I hide “Extra File” and “100%” lines from robocopy output?
7
How to delete files with specified text in their names?
0
How to move folders with similar names
0
How can I delete all folders whose names are SoftwareDistribution.bak?
0
System Volume Infomation Full