I'm trying to compress a folder into a .7z archive. This folder contains symbolic links to some other stuff outside the folder (both directories and files).

Apparently 7zip just archives the link itself which is not what I intended. Is there a way to tell 7zip that I want it to archive the stuff that it links to, not the link itself? (That is if there is a symlink name foo which points to C:\stuff\foo, I want it to include the C:\stuff\foo directory in the archive in place of foo, not a 0-byte symlink.))

Is there any reasonable workaround apart from adding the files and folders in question? There are about 10,000 files referenced via symlinks so adding them all individually would take hours… Maybe there's a program that creates a staging folder with the real files in it and then passes that to 7zip. Or just an archiver that does handle symlinks better.

Creating a 7z archive of that with 7zip results in real file.txt being included, but test file.txt is added as a 0 byte file, although the file linked to does exist and is 50KB.

Apparently 7zip just archives the link it's self which is not what I intended. Is there a way to tell 7zip that I want it to archive the stuff that it links too, not the link its self

Failing that is there any reasonable around it, apart from adding the files and folders in question? Including the stuff through the symlink there's like 10 000 files, the large proportion of which are via symlinks so adding them all individually would take hours...

Well, if you have enough space (and time), you can make copy of the folder, replacing the symlinks with their targets. You can e.g. use Robocopy and its switch /sl:

/sl Copies the symbolic link instead of the target

Note: Just to avoid confusion, note that the Linux build of p7zip (a port of 7zip) also has a binary 7z which does support archiving the file a symbolic link points to (switch -l). However, 7zip on Windows does not have this switch.

As of 2019, 7-Zip has resolved this issue in Windows. The latest version has a checkbox to include symlinks in TAR and WIM archives and it works great! 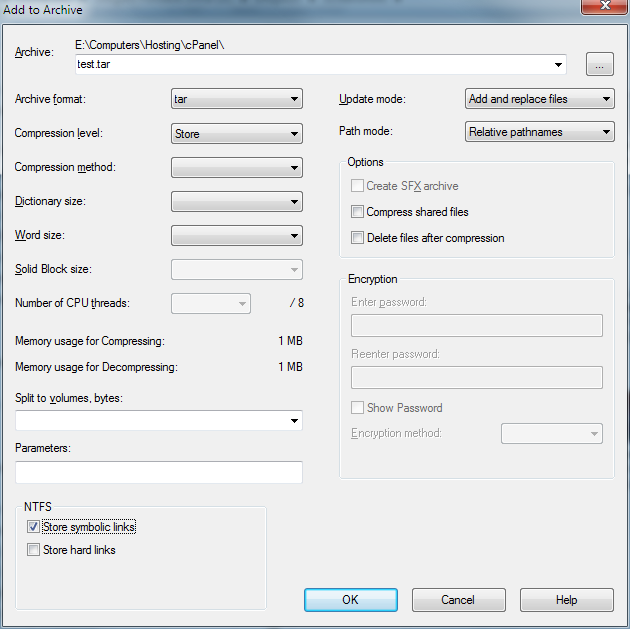 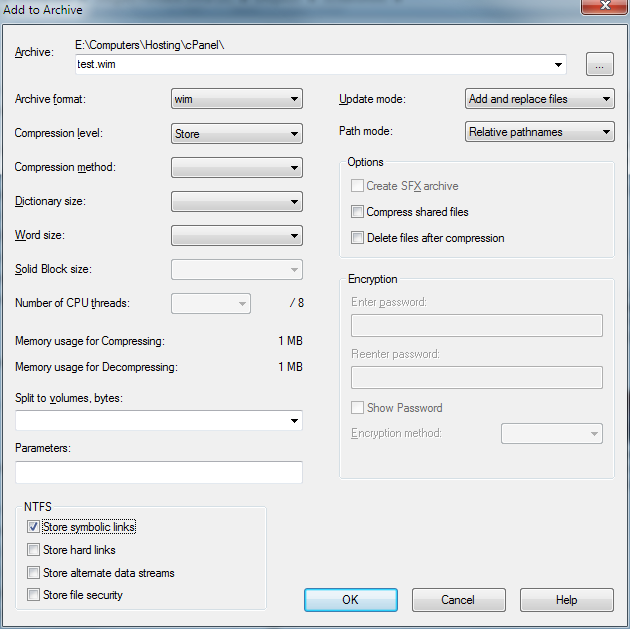 If you are using Vista and above, remove the symlinks and replace them with mklinks

Note that mklink is pretty powerful and can include links to network shares and the like.

Since there seems to be some confusion on this, allow me to clarify. I'm assuming the OP is actually talking about Junctions as illustrated here http://en.wikipedia.org/wiki/NTFS_junction_point. Mklink does not make junctions. It makes TRUE symbolic links and I tried it myself and 7zip respects them perfectly. Also, you need to be administrator to create mklink symbolic links.

7zip will archive GB, but it will NOT archive GB2. EDIT: Actually further testing shows that 7zip WILL archive both directories using version 4.65. So I have no clue what the problem is.

4
Zip with symlink in it?
4
Can mklink make portable links?