What to do with a QR code from web.whatsapp.com? [closed] 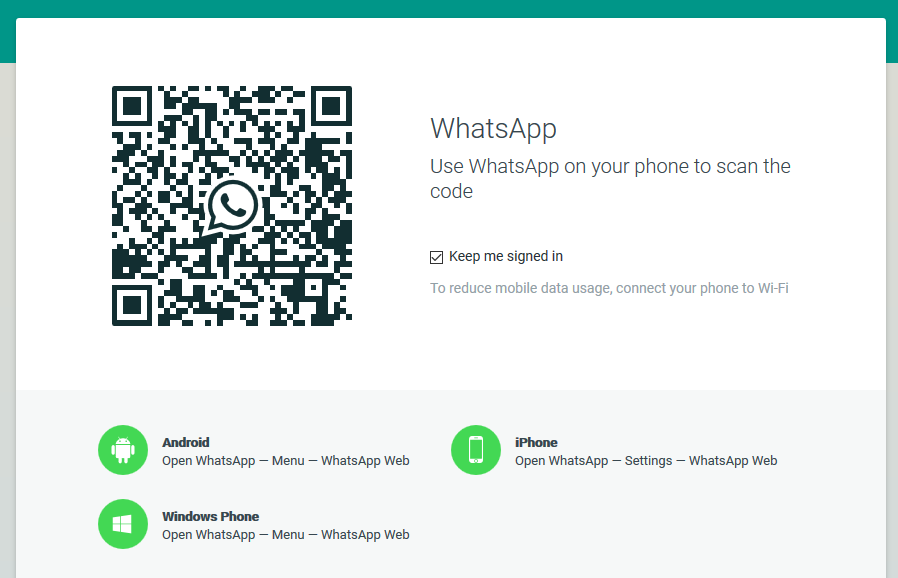 I have no camera to read and process the QR-code generated.

Then I used this website to read the image and it gives me the following string:

I know that some QR-codes are actually urls, but not this one. Now, how to proceed with this QRCode?

The output of the QR reader is a Base 64 string,1 which can be decoded here. however, decoding it gives garbage text

which means it's probably bit of binary data, in some format that WhatsApp would recognize. This makes sense, because Base64 is often used to encode binary data in a format (such as a QR code) that only allows plain text.

Figuring out more would require you to know about the internal workings of WhatsApp. Actually using it would require feeding this base64 string into WhatsApp in such a way that the app thought this was coming from the QR Reader/Camera. Easier said than done!

1 Not every base64 string ends with ==, but having that at the end is a dead giveaway.

Not the answer you're looking for? Browse other questions tagged qr-code or ask your own question.