I always had this bug, at least since I started using Windows 10 when it came out (I am now using version 1709, it's still there).

I think the thumbnail preview for certain transparent icon is broken. Specifically, I am talking about the notepad icon: 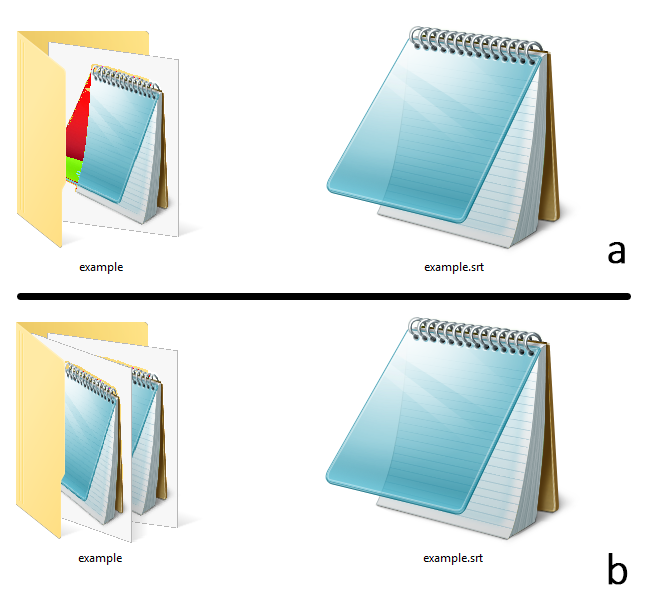 Example a is a folder with an .srt file (in my PC this type of file is opened with notepad, so it automatically gets that icon). I've copied the same file outside the folder to show you it's not a broken icon. Notice the red/green artifact in the preview, where the transparent part of the icon should be.

Example b is the same, but with two .srt files inside the folder. The icons in the previews are tilted, so the transparent part is hidden.

I've unsuccessfully tried to reproduce this bug with other icons. At most, what I obtained was a partial transparent icon, not coloured artifacts, like in this second image: 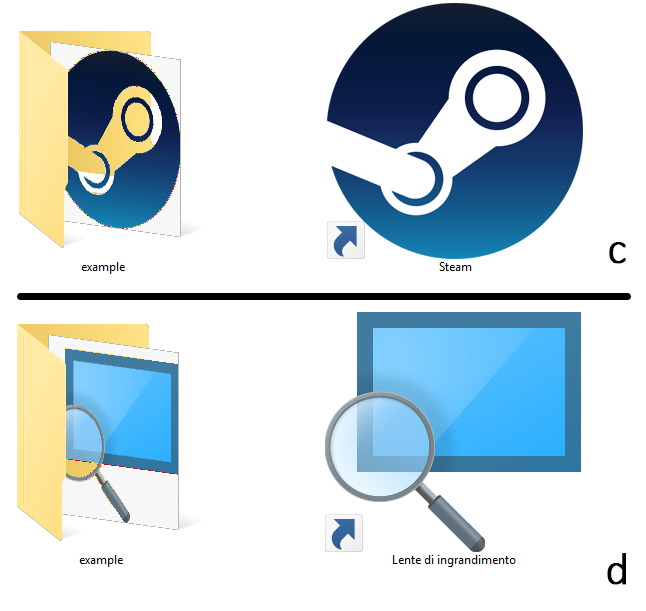 So, am I missing something? Some graphic/performance options I do not know of?

I can confirm the issue exists and is reproducible in Windows 10. 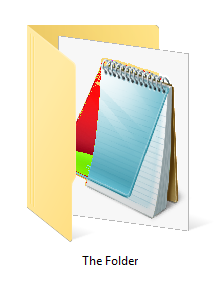 It appears to be a bug in the thumbnail code for Windows. I've used IconExtract to review the icons in notepad.exe and don't see any problem within them. 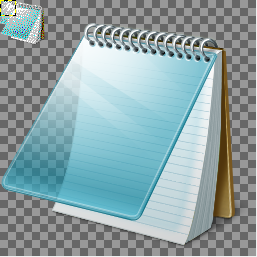 The code that renders the thumbnail inside the folder image appears to have a bug.

I'm not sure what other answer to provide.

I would recommend submitting the details of this bug through the Microsoft Feedback Hub.

Not the answer you're looking for? Browse other questions tagged windows windows-10 icons thumbnails preview or ask your own question.

1
High-res icon in Windows Vista alt-tab thumbnail preview?
5
taskbar icon preview (and Alt+Tab icon preview) disappears quickly
5
How to make Windows generate all thumbnails in a folder without navigating through it?
0
How can I preview Windows files without file extension?
1
How to show Folders as Icons and Files as Thumbnails in Windows 10
1
In search of a solution to preload icons in Windows icon cache only for a specific folder