I create a virtual machine, loaded the ISO image of Lubuntu 17.10 into it and started the machine. I got the options where it asked whether I wanted to try Lubuntu or I wanted to install. I selected install and the only thing I ended up getting was a garbled screen.

So, I booted it again but this time I selected try Lubuntu. But the result was the same. Following is a screenshot of the same. 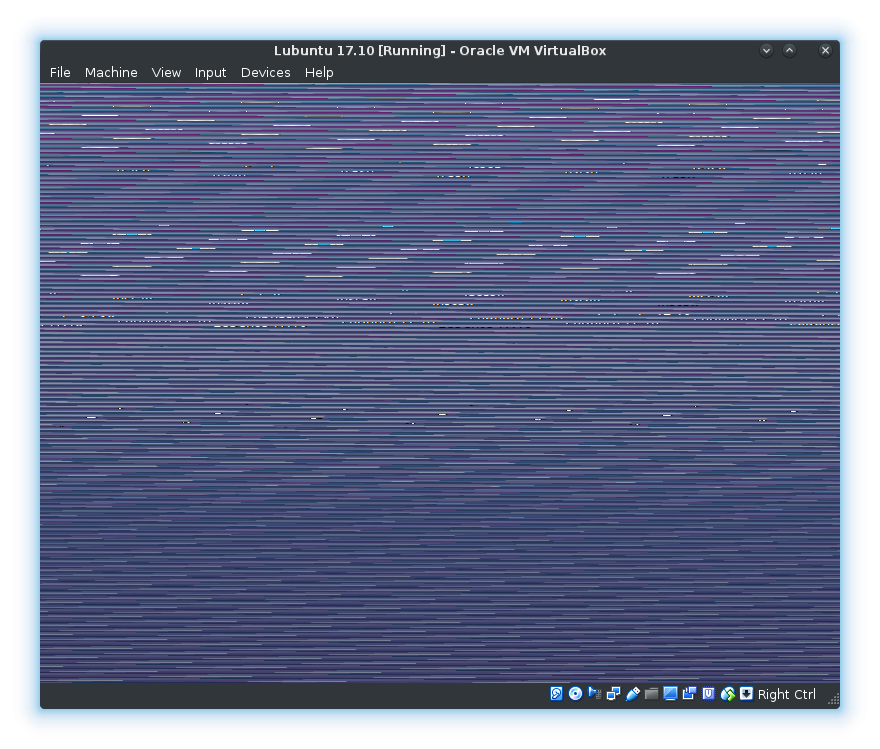 I'm not sure what is the issue. Is it a problem with the OS or VirtualBox? And how can I resolve it?

Not sure if this will work in your case, but my guest Lubuntu 17.10 looked exactly the same when running on a windows host. Here's what fixed it for me

The only thing that worked for me was to boot the guest in compatibility mode (during boot, there is a window prompting "starting Linux Mint in 10 seconds". If you hit "Enter" at this point, a menu appears, making it possible to switch to compatibility mode). This forces Mint to use Software rendering.

In Virtualbox I tried both enabling and disabling 3D-acceleration, increasing grafic memory, disabling nested paging, switching to full screen and back. None of this had an effect on the problem for me.

I wanted to share this, because, maybe it is helpful for someone in the future.

Same problem on lubuntu-18.04 + VirtualBox 5.2.34. Turning off nested paging and increasing video memory didn't work. The solution was to press F6 on the boot menu (before starting the installation) and select nomodeset.

Not the answer you're looking for? Browse other questions tagged linux virtualbox virtual-machine centos-7 lubuntu or ask your own question.