Did I just lose my Storage Spaces (RAID 0) array? How can I recover it?

I am an amateur photographer and recently decided it was time to stop using external hard drives and move to a custom built storage server. This build was mostly for fun and learning.

I started by buying two 6TB Seagate IronWolf drives and placing them on my current editing machine, as I am purchasing the pieces when I have some money to spare, and it will take a while. As I manage all my data through Google Drive, I created a RAID 0 using Windows's Storage Spaces feature and put my Google Drive directory there, so it started to back up my 12TB RAID.

Apparently did not read enough on software RAID as we had a power outage and when Windows came back from rebooting, my RAID was nowhere to be seen.

Did I lose everything? Part of the data is safe and sound on Google Drive and Google Cloud Storage — and the external hard drives that had them before —, but a good part of my 2018 photo shoots were still being uploaded, including my Lightroom catalog.

Usually, it would not bother me that much as I could just reshoot those, but Murphy's Law and all, the RAW files I lost are from paid customers.

So did I lose everything? I did not disconnect the drives to see if or which one is damaged, but is there any way to recover the data?

This is what Windows show me when I try to use its disk utility to take a look at the disks: 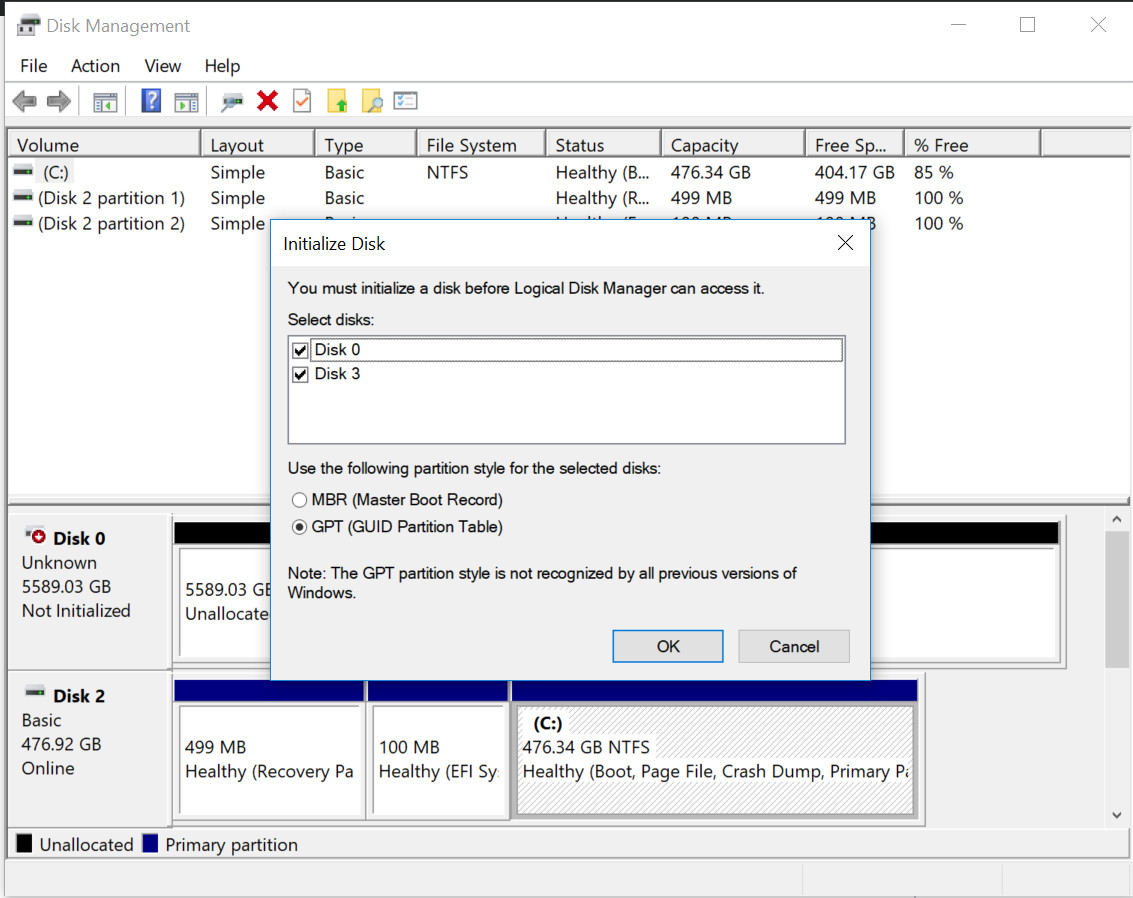 PS: Learn from your mistakes and all — a UPS is my next purchase.

Ok, everything is fine now, but also peculiar and without any explanation.

After installing software to recover lost data, the RAID just came back to life. It does show a "cyclic redundancy check" error when trying to access the 2018 photo shoots, but I was able to recover those files using software from EaseUS.

I still do not know why Windows randomly showed the RAID again, but all is well.

Not the answer you're looking for? Browse other questions tagged windows-10 raid data-recovery software-raid storage-spaces or ask your own question.