How to design a Wi-Fi network for maximum range?

For a project I need a Wi-Fi network with a decent range, let's say 300 metres or more and with still a decent data rate (3-4 Mbps), with one user.
Is that even possible? I could place the AP very high above most of the obstacles around my house would that help? 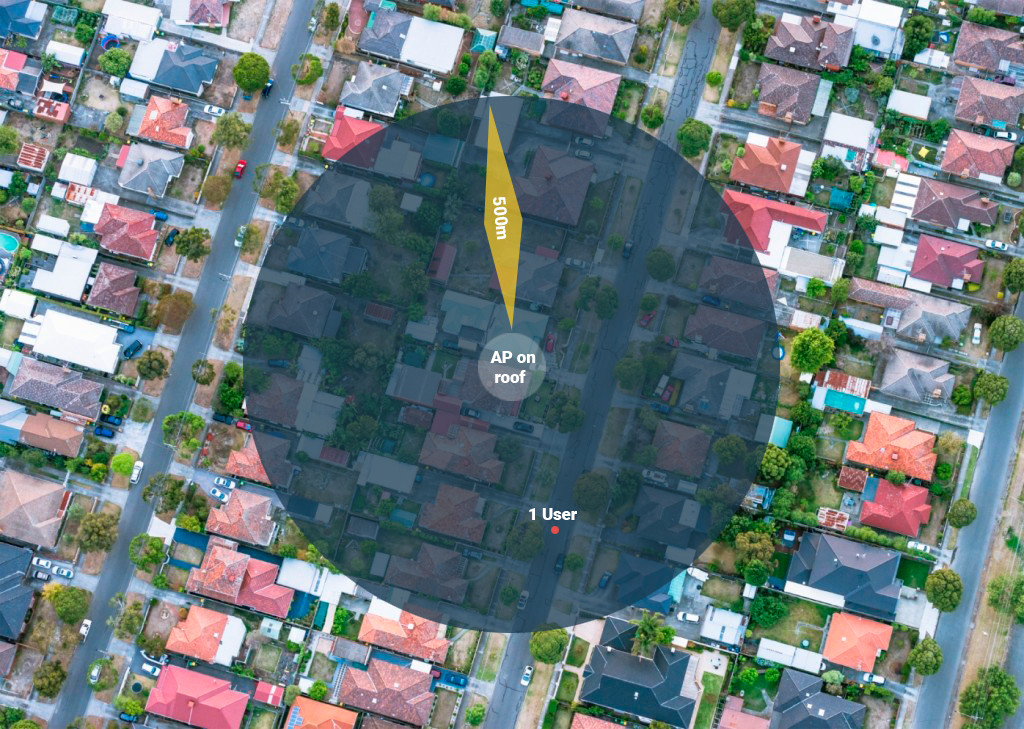 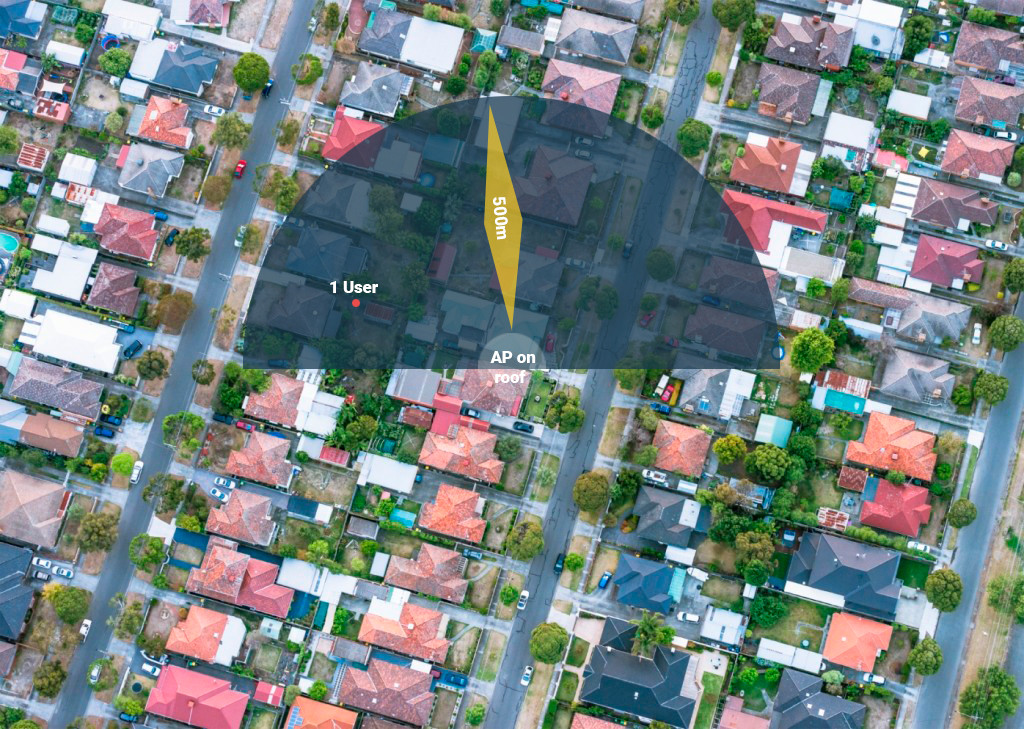 While the accepted answer is correct, it is, I feel, only very partial.

A key trick to understanding performance is that its about Signal to noise ratio and bandwidth - maximize this and you maximize performance.

Additional considerations for maximizing performance include:

500 meters is almost trivial to get provided there is not to much competition for spectrum (which can be a major issue in built up areas, and can prevent reliable service). Its entirely practical to do a point-to-point shot of 20kms. (Ubiquity does some really cool external gear that is very affordable).

Depending on your location, look closely at the regulations - different countries have different bands, however a lot of equipment does not make use of some bands which may be legal because they want to sell the same thing everywhere - sometimes finding a band which is legal in your country but not others - and with supported software - can help.

Don't underestimate the possibility of using 5 gig gear - it has a much smaller range and much more frequencies and speed, so less congestion and noise for you to pick up. You can easily do upwards of 2 kms with 5 gig gear and high speed.

Using newer standards you can go faster on the same frequency and power.

You would need at least a wireless N technology router placed high and in the center of the areas to cover. The walls construction may or may not make a difference in signal strength.

Seems like the AP600EX from Amped Wireless can do the job for you. It has High Power 600mW Wi-Fi Amplifier and High Gain Directional Antenna to provide maximum range. It's USD$150 - Good Luck

Note: depending on your country region you may have laws preventing you from transmitting at higher signal power. Check your local radio regulator rules for 2.4ghz and 5ghz bands (This is so everyone can use their devices not just you)

Additionally you should perform a site survey, i use "wiggle WiFi" for android in environments like this, its also available in the apple store under "wiggle where". You would then walk around your block scanning with it as it marks SSID with the highest signal strength to GPS location. It then allows you to export a kml file for a google maps overlay. Allowing you to see what channels your neighbors are using geographically vs the radio path you are trying to connect over. (the last time i used it i technically had to walk around twice, one for 2.4 and one for 5ghz not sure if they updated it)

Make sure you check your RF rules in your area with the local regulatory authority. You can get in pretty serious trouble and possibly get your communications gear confiscated if you disregard the warning.

3
Would this be an appropriate situation to use a repeater?
4
Network for a large house
1
Multiple internet connections being used.
4
Powerline - potential causes for speed loss
0
Home Network is Inefficient and Slow
1
What is the maximum connections practically supported by a 2.4 GHz router?
0
WiFi Transmit Rate Fluctuates
1
OpenVPN network range overlap issue
1
Network bandwidth change with CPU usage on Windows