How to start Mac PowerPoint with a Blank Layout? (Office 365)

What I want is exactly what's in this post, but for PowerPoint for Mac (Office 365) instead of Windows. I want this to happen each time I open Powerpoint without having to double click on a template file.

Here are the directions from that site for Mac PowerPoint 2016 (the closest I saw to the Office 365 version). The bold italics part indicates where the instructions fell short for me:

Mac PowerPoint 2016 To save a default template for PowerPoint 2016, set up your formatting, masters, etc. the way you want them and then save the presentation as Default Theme.thmx. As soon as you choose Office Theme (.thmx) next to Format, PowerPoint should automatically set the save-as location to the correct folder, but make sure it does before saving:

The animated gif below shows an attempt to follow their detailed directions .

It's not made clear whether "and then save" means one should save as a theme or as a template or...? I tried saving as a template in the animated gif since that's the type of file I'd just been asked to make (I acknowledge I was in uncertain territory at this point...) But the program did not permit me to save with the .thmx extension, as instructed. So the instructions seem inadequate. When trying to save a template, it automatically takes you to the Templates folder, so the animated gif shows that. But I also had a similar problem when trying to save in the Themes folder, which is demonstrated in the image below. I tried to work around this behavior by manually changing extension in the Finder, but the final result didn't match what I want. 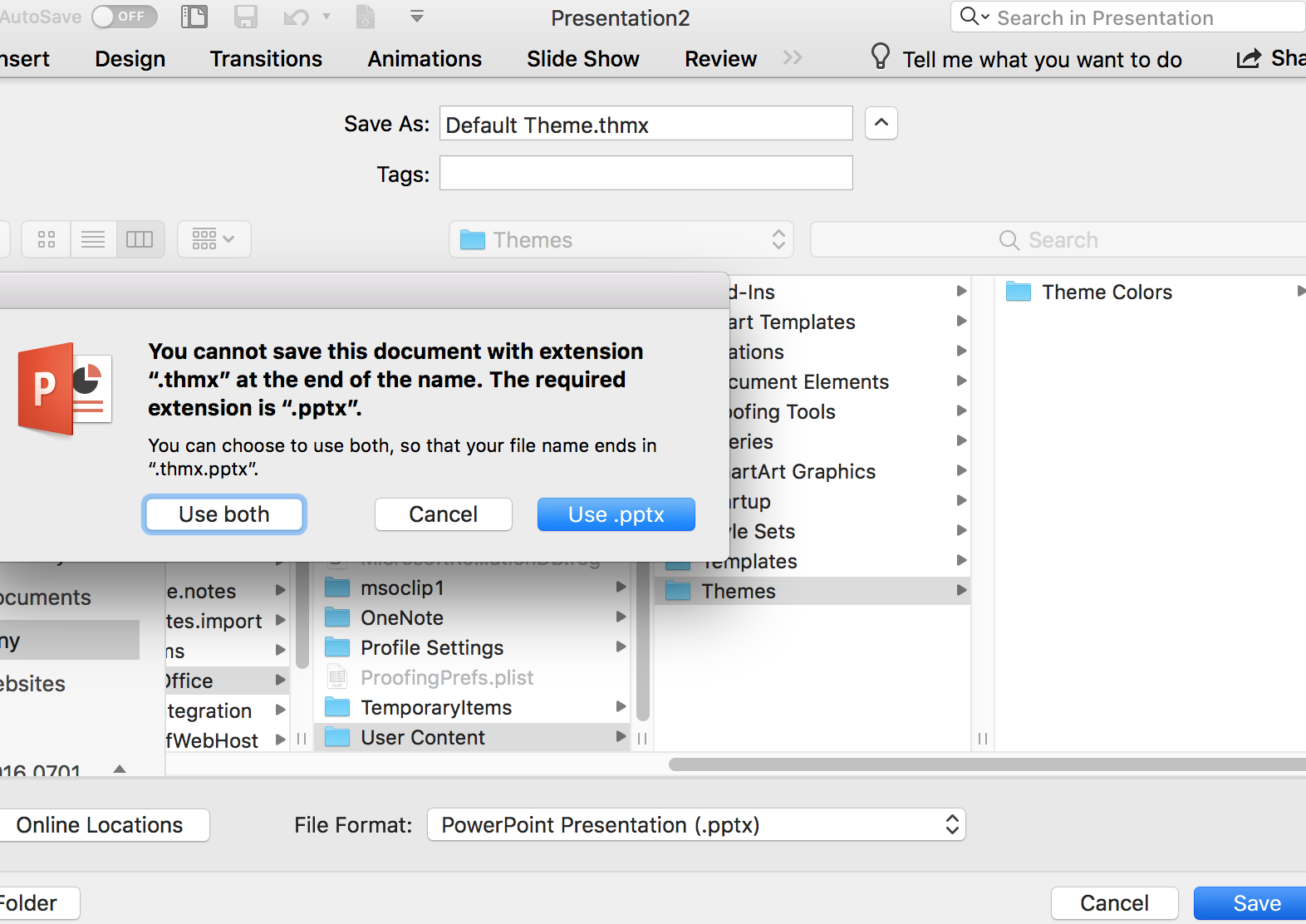 So I feel that I've been led on a wild goose chase by this answer, and wasted a lot of time. But I hope at least my record of it will help someone in a similar situation.

By the looks of it, you actually want to use Save as... and then choose the .thmx format from the File Format dropdown.

In your GIF example, you are choosing Save as Template..., which is going to create something exactly like what you say you don't want.

Not the answer you're looking for? Browse other questions tagged mac microsoft-powerpoint-2016 or ask your own question.