A hotkey to move a file through directories (MacOS)

Are there any hot keys to move folders up or down through parent folders and subfolders in MacOS?

e.g. In this simple example I want to move File 1234.pdf to Folder A, which would leave Subfolder A empty. Ideally I'll be able to do this using just keyboard. Bonus points: A hotkey to re-select the last selected subfolder (so that I can delete, rename, etc.).

I apologise for the delay in getting back to you with my answer. It's been more challenging than I had anticipated.

But it is possible to achieve what you want by creating a service in Automator, which will then become accessible via a keyboard shortcut (hotkey).

You'll need to follow this guide on Making a Systemwide Service.

Start by creating a new service in Automator. It will need to receive files or folders as input, and be made available in Finder.

Add a Run AppleScript action to the workflow. In the text area of that action, the following AppleScript can be copied and pasted:

Save the service as whatever you like. Automator automatically saves it in the right location (~/Library/Services). I saved mine as "Ascend in Finder".

Next, you have to create a keyboard shortcut. This is done through System Preferences: 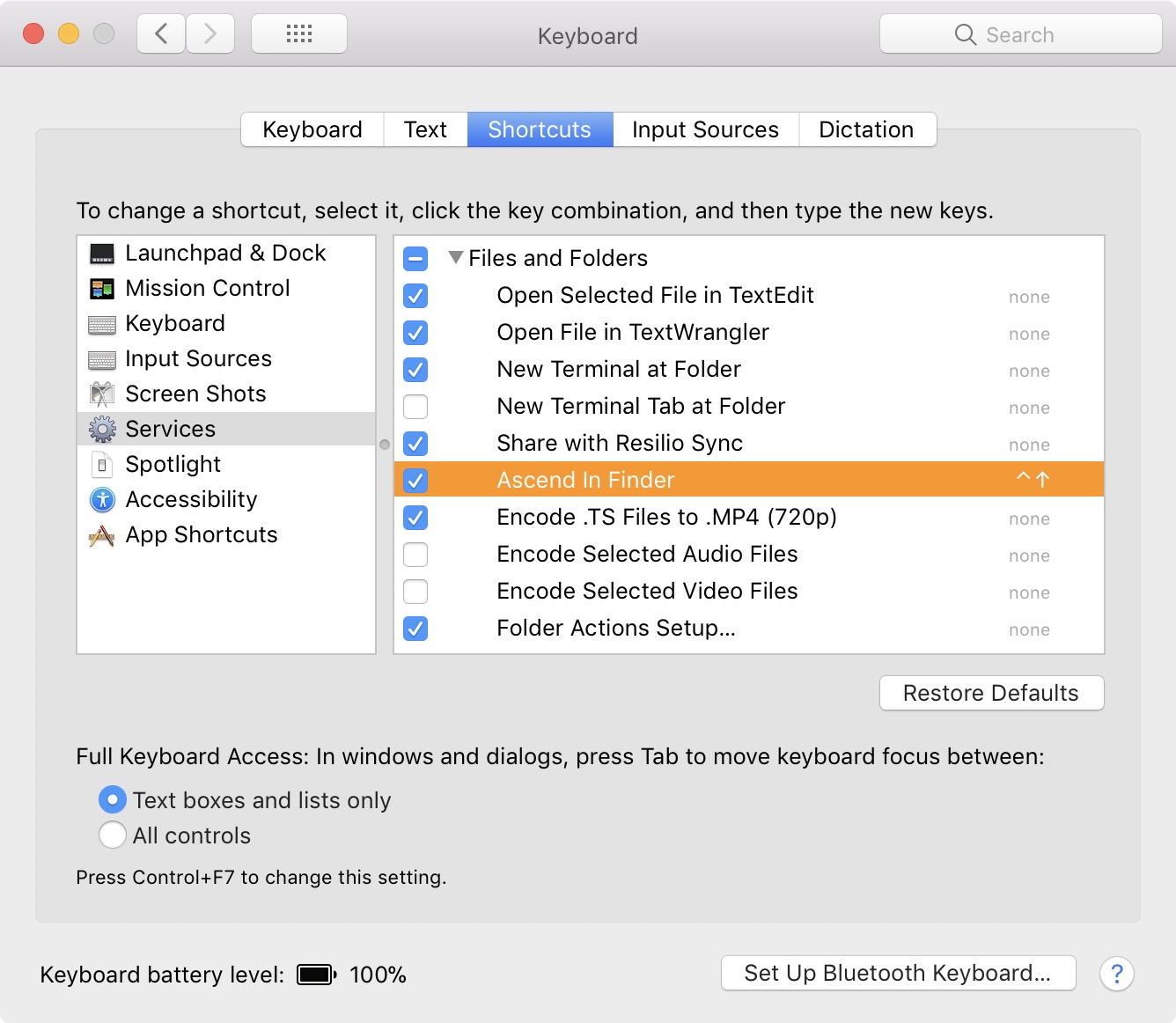 Under the services list, you'll need to scroll down to the section marked Files and Folders, under which your service name should appear. You can see mine highlighted. I created the shortcut ⌃▲ for mine (Ctrl+Up).

Now, every time I select files and/or folders in Finder and press ⌃▲, those files and folders ascend one level up the hierarchy into their parent folder. If I want to move them back, I can press ⌘Z to undo the move.

I put a safeguard in so that files and folders wouldn't get moved any higher up the folder tree than your home folder. It's unlikely you'd need to anyway.

If you work in Column view, you can navigate just with the Arrow keys.

For your example, assuming you start with your file selected...

This is the structure as it appears at the beginning.

*Because it doesn't get mentioned anywhere in the answer, at this point the down arrow would select folder B

Not the answer you're looking for? Browse other questions tagged macos keyboard-shortcuts hotkeys or ask your own question.