Is there a way to remove "Documents" from protected folders (Controlled folder access) in Windows 10?

I have Controlled folder access feature on, but by default all user's folders are protected - Desktop, Documents, Images and so on. It's not possible to just remove one of users profile folder (particularly Documents) from protected folders list.

I need to remove "Documents" folder from protected list (from protection), because most of my games can't save game right now - saves are stored in Document folder.

As You can see on 2nd screen - there is no remove button for "Document" folder.

Adding app to exclusion is not the solution - doing so is just like turning folder protection off. 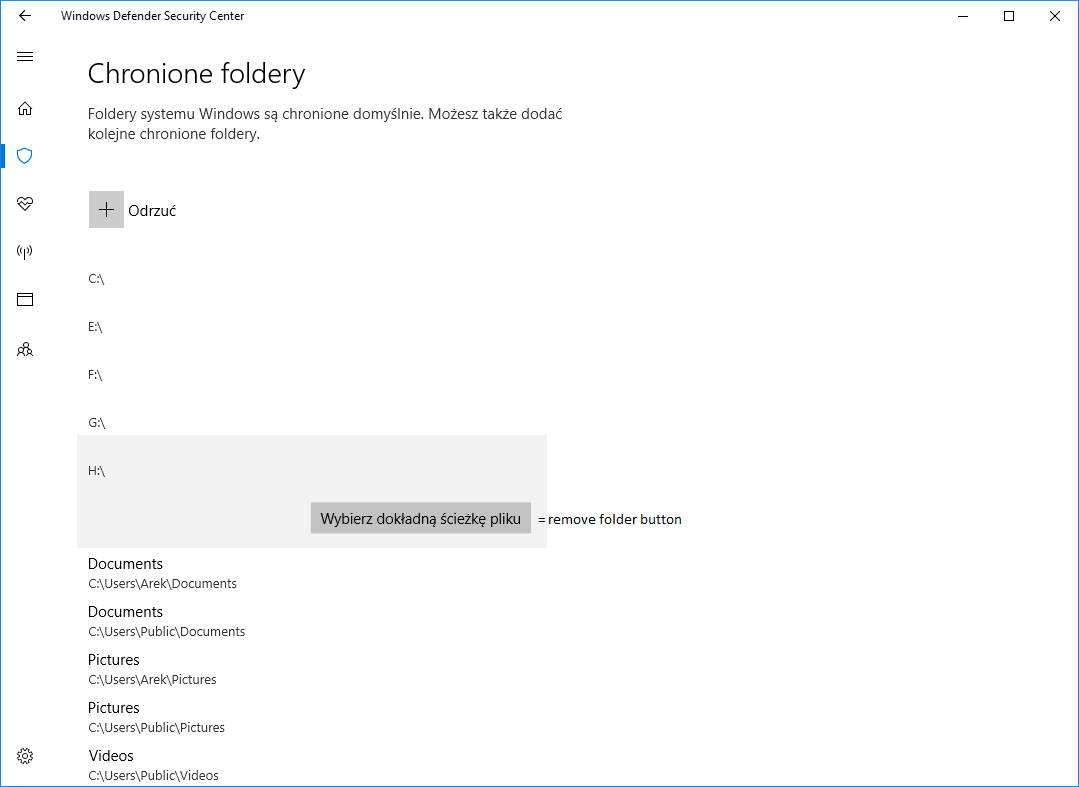 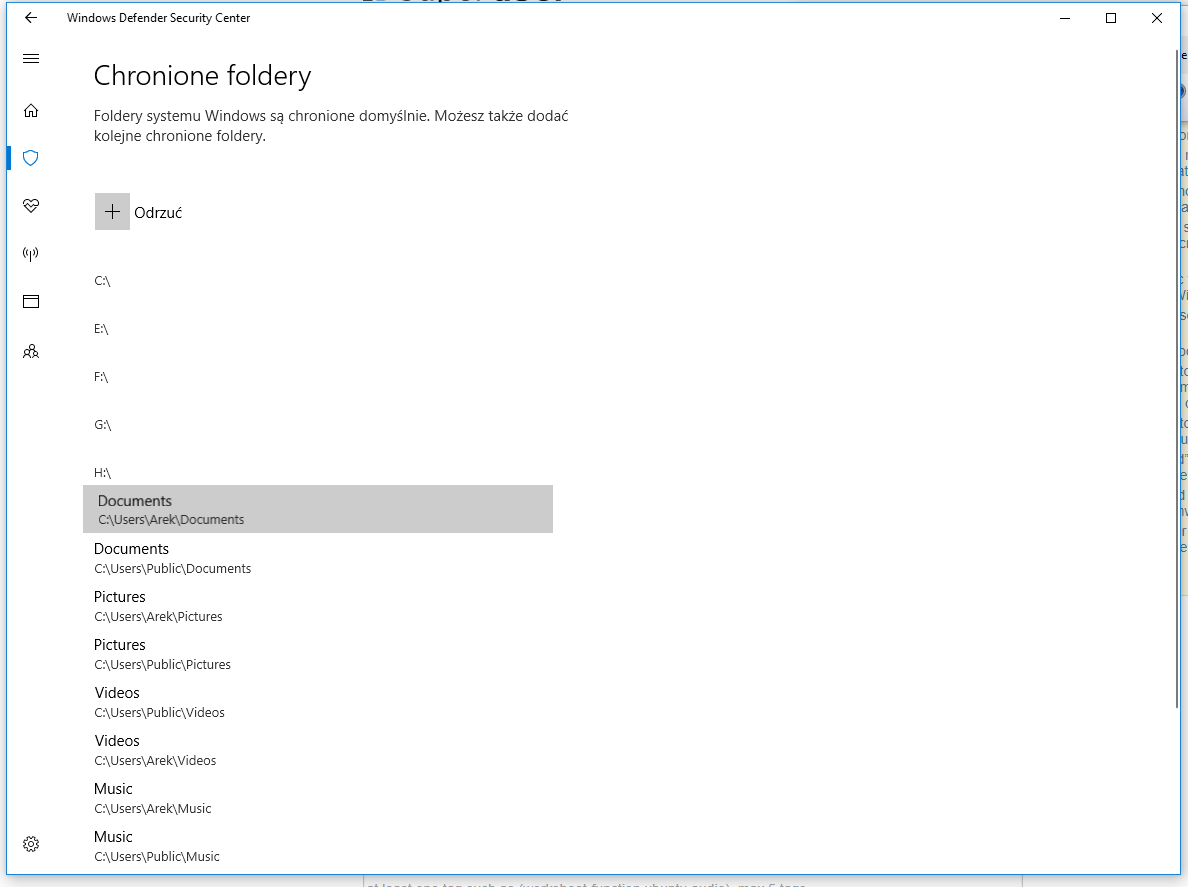 What about the Folder Redirection? This will mirror any files and folders from your UserProfile\Documents to different location.

This is simple to achive:

Now when your game create any file/folder in default C:\UserProfile\Documents location then those files will be redirected to your new E:\Documents folder

This means that the games must be diverted into using other folders. As most games don't expose such an option, here is a general method that does not need any changes in the game.

I suggest using the free Sandboxie to isolate the game in a sandbox (it's possible to have multiple sandboxes).

This way, while the game thinks it's using the Documents folder, its disk requests are actually being redirected to a sub-folder in C:\Sandbox, so not using any protected folder. This will also simplify uninstalling a game, since emptying the sandbox is enough to wipe out a game with every file and registry change that it ever did.

Installing a game in a sandbox is done by right-click of the installer and using the context-menu option of "Run Sandboxed" to choose the sandbox in which to execute it.

The game won't be able to create icons on the real desktop, so running the game from the sandbox can be done in several ways:

Sandboxie has many options to customize the behavior of its sandboxes.

I also use Sandboxie for testing new software or one that I don't trust, since it protects my running system and also much simplifies the uninstallation.

(Previous answer. See comments below as to why it's not very useful.)

There is an undocumented Windows feature for removing a folder from Protected Folders:

The Remove-MpPreference command does not document the parameter ControlledFolderAccessProtectedFolders, but it still seems to be working.
On my computer Protected Folders is turned off, but this parameter seems to be still accepted by the command. Try it and see. If it works, you might consider removing protection from sub-folders of Documents, rather than the entire folder.

The protected folders feature is a function of Windows Defender Security Center > Virus and threat protection > Ransomware Protection. All you need to do is turn off the Ransomware protection and use another app like Malwarebytes to handle your ransomware concerns.

According to this article, you cannot do this. HOWEVER, you can add exceptions for apps that need to write to protected folders via the "Configure allowed applications" (GPO) or "Allow an app through Controlled folder access" (local setting). More information on that in the link above. If this solution does not work in your case, then Controlled Folder Access is too limited to do what you want it to do.