Logging in and out again as different user unlocks previously locked PC - how does it work?

I observed a rather curious behavior of Windows 7 at some of our office PCs:

This exact pattern works as presented on all affected PCs with arbitrary combinations of user accounts. I've heard our admin mention that it even works to unlock admin accounts, should they ever happen to stay logged into the right PC. It doesn't, however, work on a batch of newer PCs we recently got for our team.

Is this "phenomenon" known? I wasn't able to find reports of similar behavior via google so I assume it has to be something specific to our office environment. What flaw in the configuration of Windows 7 could lead to such behavior? 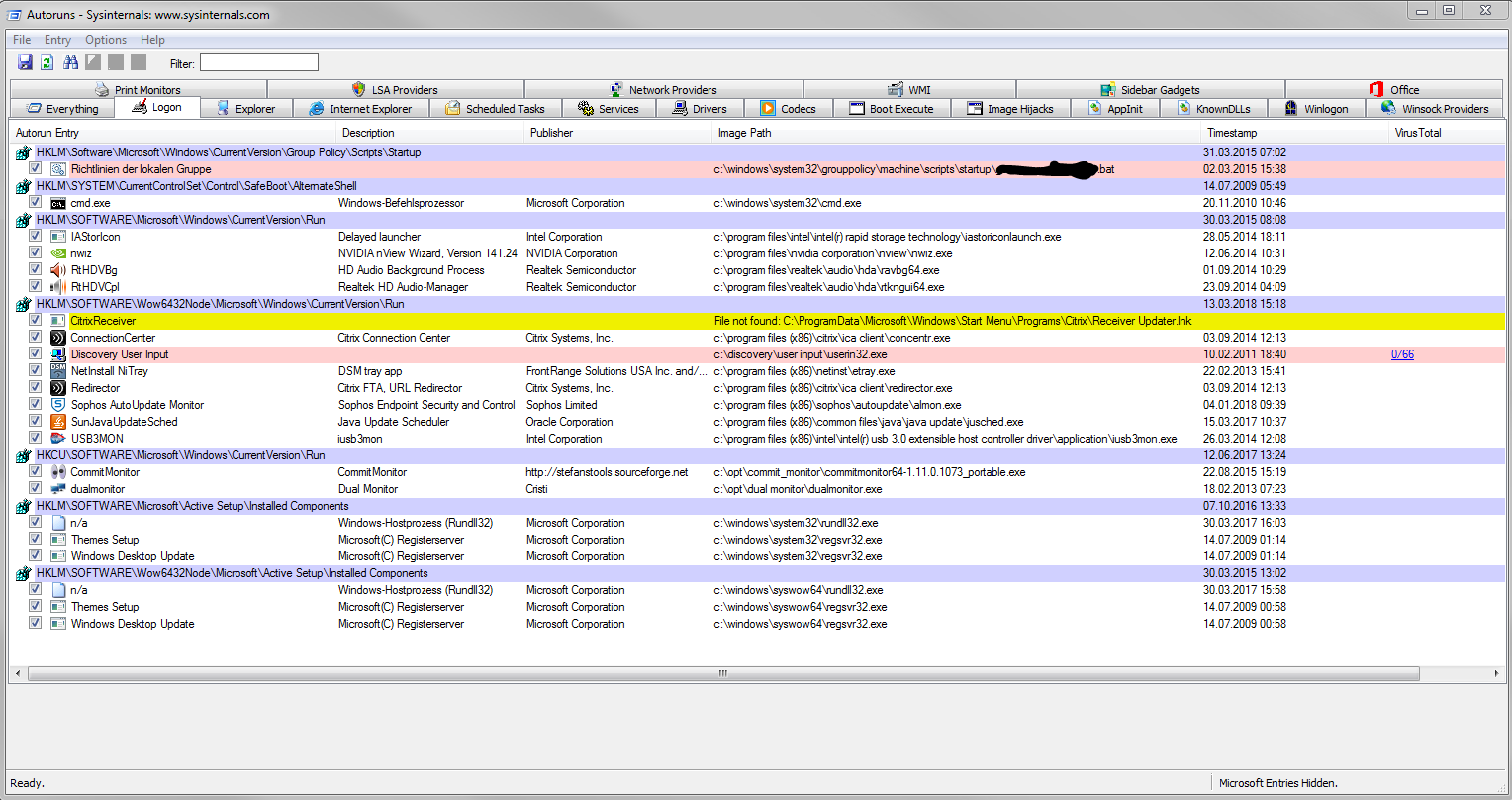 The blacked-out section is a script that maps network drives depending on who logs in. Autoruns' Winlogon tab (there are only Windows entries): 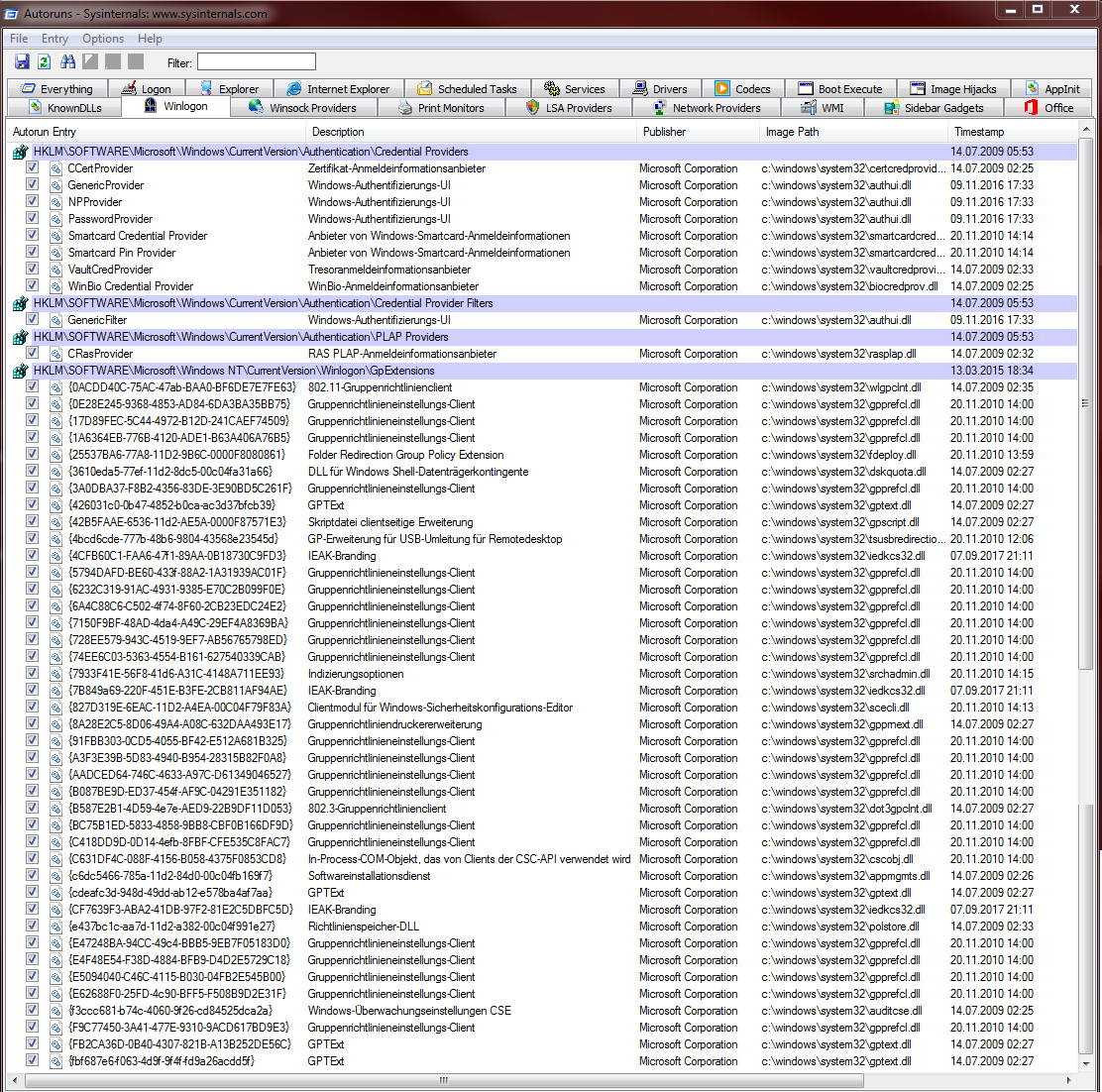 This is has designed.

It is a security setting that essentially if not enabled allows the user to login w/o validating to a domain controller.

In your case User A validated and was cached. User B was validated and when User A came back, it used the cached. If that setting is set, it should require re-authentication back to the domain controller so there's the draw back. If you have a say a laptop and lost your network connection, how do you connect back to the domain controller to unlock. Hence it can be a 'dangerous' setting.

So it seems our IT guys found the problem. All of our PCs, whether Dell or HP brand, have the HP Remote Graphics Sender installed (Version 6.0.3 in the case of my PC). Disabling the corresponding service immediately stops the offending behavior.

As for why this specific service enabled that kind of unheard-of behavior in Windows: We don't know. We are completely clueless.
We most likely won't allocate any more resources towards this issue, as we don't need the Sender service (only using the Receiver). So I can only speculate that the issue might be caused by some sort of incompatibility between the HP software and our PCs of the Dell brand. (Most of the affected PCs were from Dell, although a couple of - older? - HP computers were misbehaving as well, so that can't be the full story.)

All things considered the whole affair remains unsatisfyingly mysterious, but unfortunately I'm not in a position to further investigate this matter - both from a funding as well as a privileges point of view.

0
Keep remoting into wrong account. Windows 7
0
Why isn't CRM logging in under my logged in credentials?
4
Windows 7: Benefits of a standard user account with UAC active in a single user setting?
0
Why do mapped drives only reappear after logging out and back in, and not after a reboot?
1
Names of internet pages not showing on some PC's
0
Access a shared folder over the network
1
Win7 unlock & logout after x minutes
1
Network Share Asking for Password After Some Time