Running SSMS on WINTEN, I can connect to both the local SQL Server and also to SQL Server instances on other machines on the private network.

However, I cannot make connections from SSMS on any other machine to the SQL Server instance WINTEN\MSSQL unless I completely turn off Windows Defender Firewall.

Following all instructions I could find I added two Inbound Rules to the Windows Firewall on WINTENas shown here:

However, even with those rules in place, as soon as I enable the Windows Defender Firewall all SSMS connections to WINTEN\MSSQL fail with the following message:

What is the correct way to configure Windows Defender Firewall to allow other private network machines to connect to MS SQL Server?

Update per first suggestion: I already had TCP Port 1433 Enabled for the SQL Server as shown here: 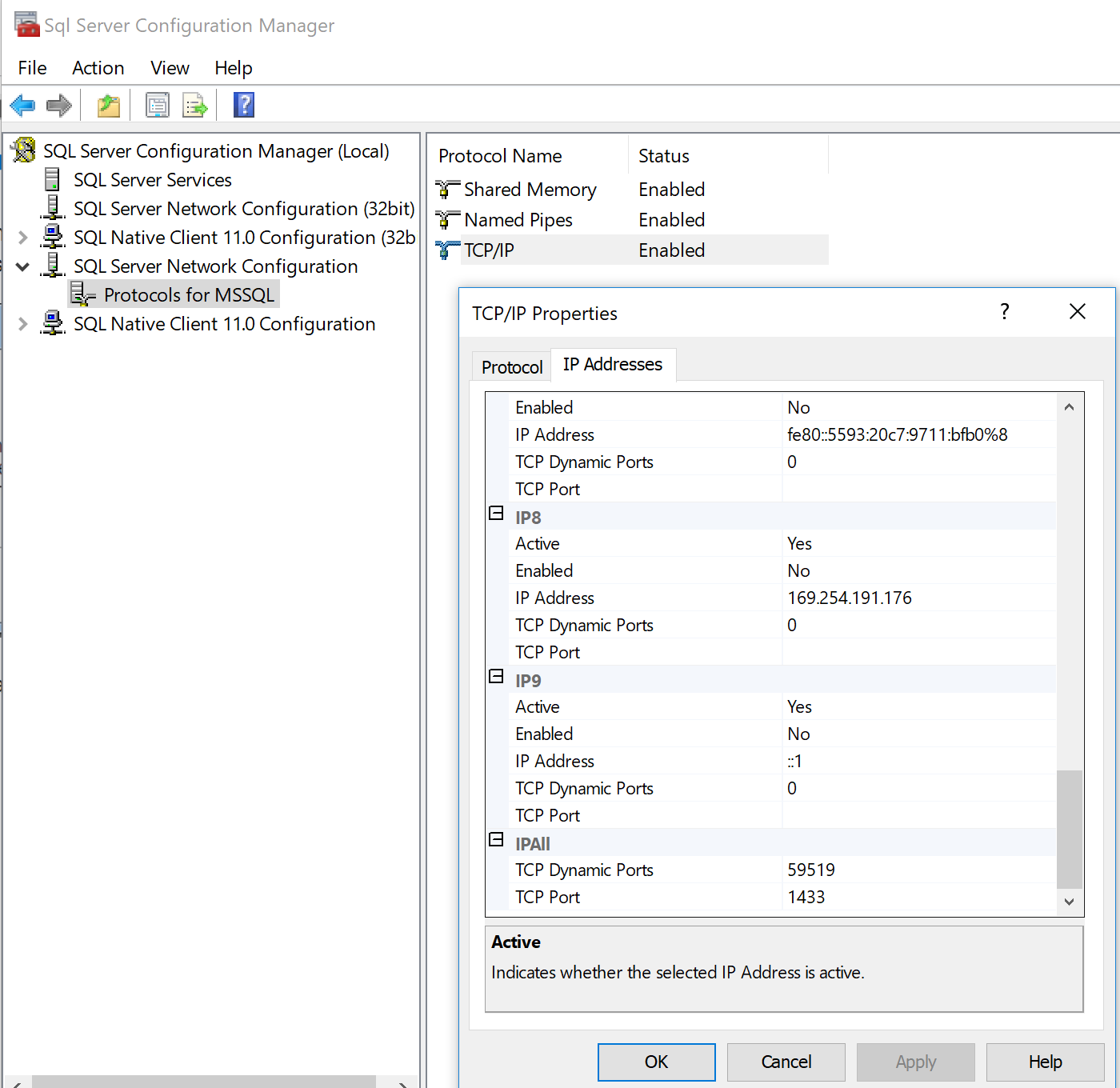 Open up services and find the following entries:

Go into their properties and make a note of the paths to the executables.

In Windows Firewall with Advanced Security create 4 new inbound rules which allow the connection both these programs for TCP and UDP.

I normally do this via the standard Windows Firewall (firewall.cpl) which will create these rules for you with less work. Open firewall.cpl, then choose "Allow an app or feature through Windows Firewall". Choose Allow another app and add the two executable paths found previously.

The reason you need to allow the program rather than a port through the firewall is that although the SQL Browser is always on port 1433, your SQL Instance will be on a random/dynamic port which the SQL Browser will direct the connection to. If you wish to allow ports rather than programs then you would need to change the SQL Instance to a default instance and force it to use a fixed port with the SQL browser disabled.

Please also check that your SQL Browser Service is configured to start automatically at startup and that in SQL Configuration Manager that TCP/IP is enabled for your SQL Instance.

In the SQL Server Network Configuration, choose your instance MSSQL and check the settings for TCP/IP.

Make sure that the protocol is enabled and that the server is listening on port 1433. (Tab IP Addresses, section IPAll, field TCP Port)

Not the answer you're looking for? Browse other questions tagged windows-10 firewall sql-server ssms or ask your own question.