I started to have this weird issue recently. It only happen when I start Google Chrome on my MacBook Pro.

When I turn on my Mac, everything works fine and all windows have the correct colors. As you can see from my finder window: 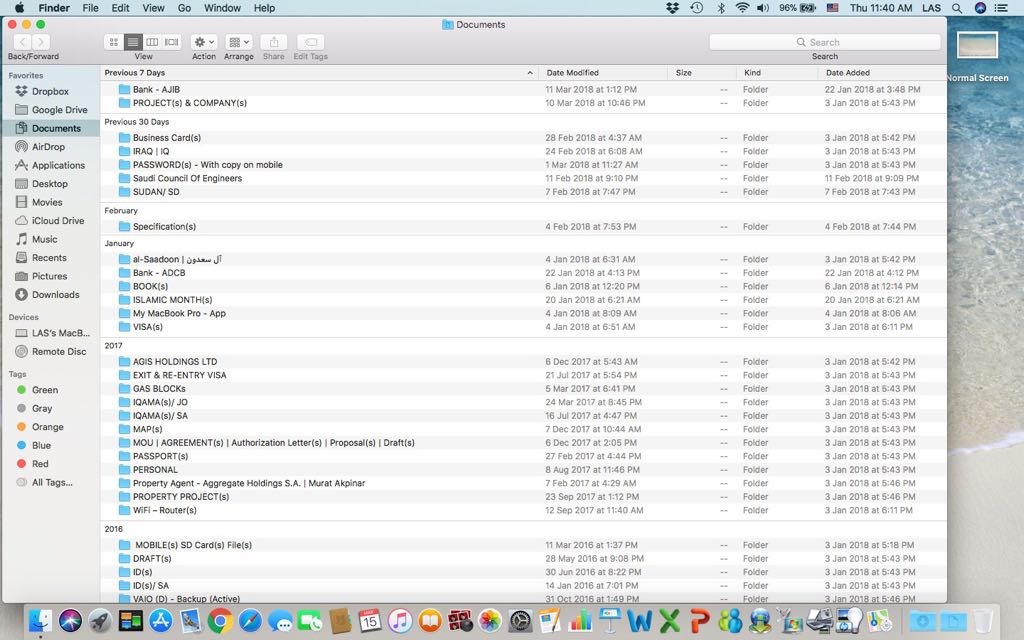 Now when I start chrome it shows like this, with all pink background. Notice that everything else still has the correct colors: 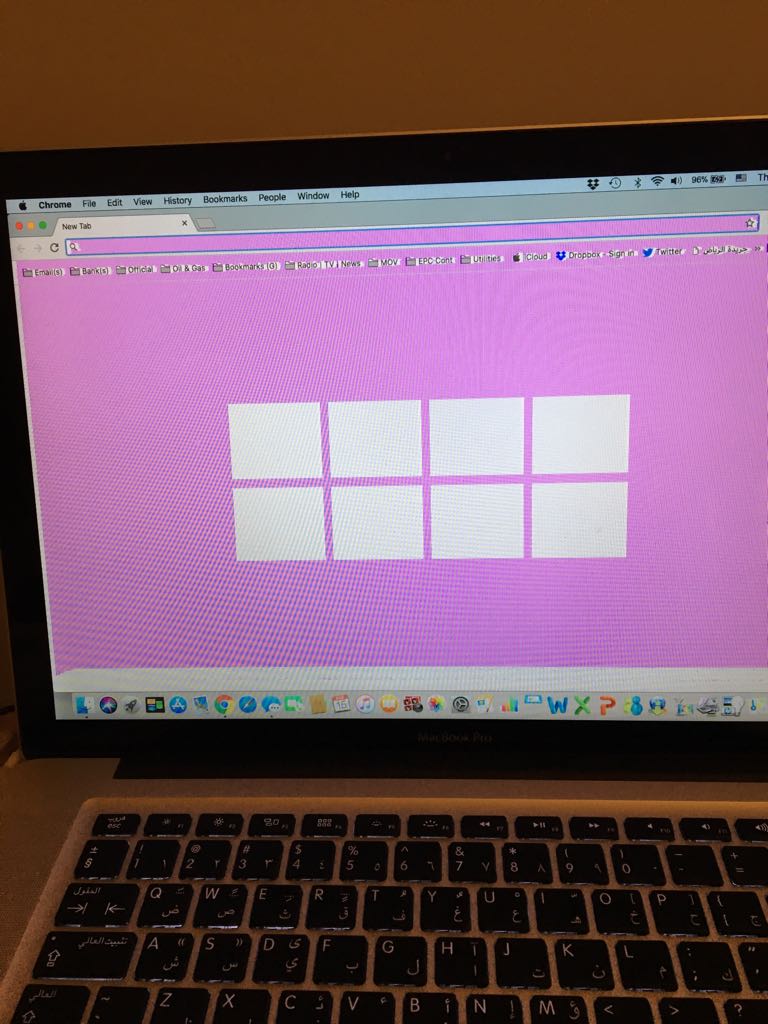 When I switch to finder while chrome is still running, finder would look like this: 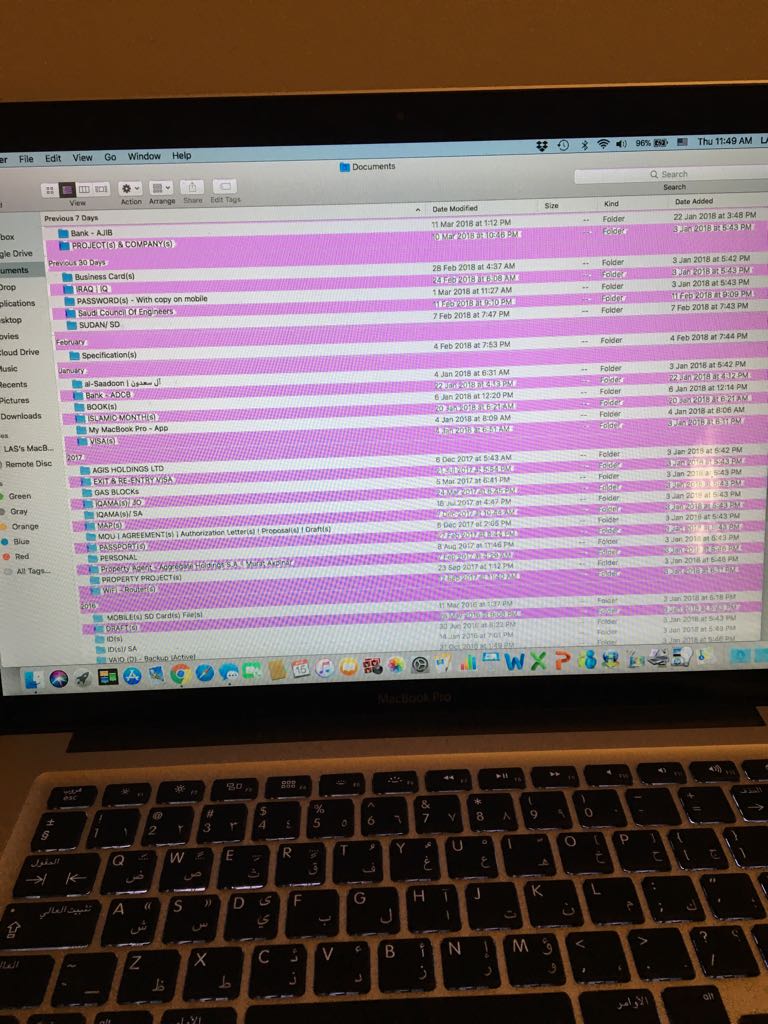 Notice that only some lines are showing highlighted in pink/purple. However, when I take a screenshot of my Mac while chrome is running, it does not show the pink lines: 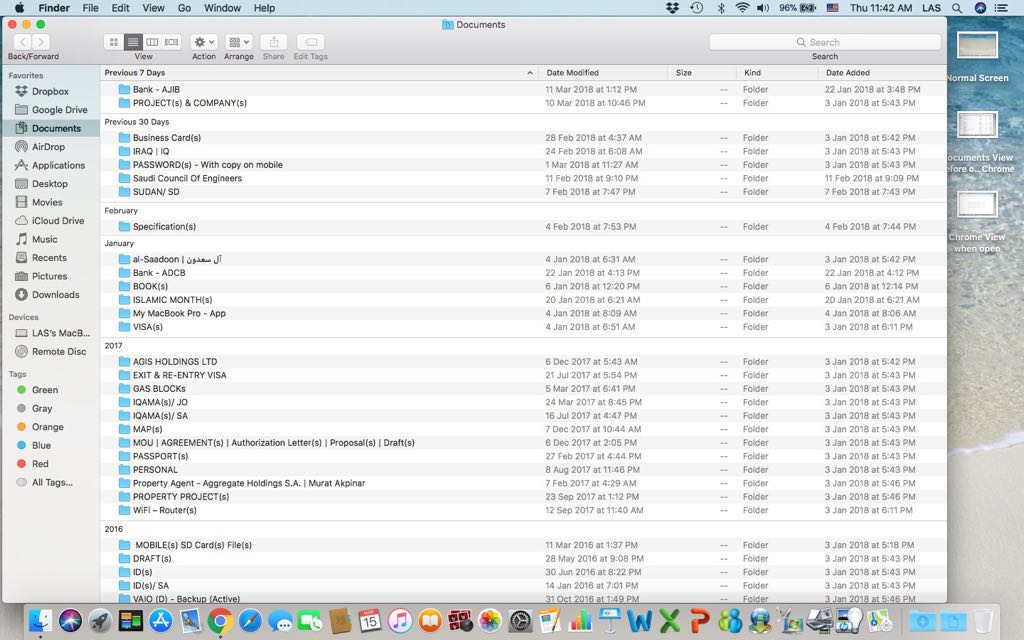 I am not sure what is causing this? I tried re-installing chrome, restarted my Mac several times. Nothing seems to fix it and it is not just chrome. I am having the same issue when I start a power point presentation, the whole screen turns pink.

What might be causing this? How can I diagnose and fix it?

This is happening on

Your discrete video card is failing.

I had a friend's macbook pro to look at recently - the same year - which was randomly crashing due to the this same issue, and I looked into it then for her - it's a known problem with this model, which is why there was the replacement program. Your model is not covered by that though, as you can check for yourself on that page. (There's also numerous threads on the subject on the Apple forums, e.g. this one)

You cannot disable the discrete graphics card. (Well, I did find some nasty hacks, but they came with caveats about making the Mac unusable. Which was too risky for me.)

So my advice was to install switchGPU. This is a wrapper around gfxCardStatus, and does a reasonably good job of making the Mac start up in integrated mode. You have to set it to run on startup.

Then, when the Mac switches to the discrete graphics card, you get a notification, at which point you use the menu bar icon to switch back to integrated mode.

The author of gfxCardStatus says here:

Certain apps like Parallels and VMware Fusion have good reasons for turning on the more power-hungry graphics. Other apps, like Google Chrome and Skype, do not.

Google Chrome has had on-and-off issues with graphics switching that still crop up pretty frequently.

However you may not want to change browsers, so you will have to keep an eye out for the "Using discrete graphics card" notification. It's possible Chrome doesn't switch it back once running, say when another tab is opened, but I didn't test that.

Not the answer you're looking for? Browse other questions tagged macos display macbook-pro or ask your own question.