Different languages for interface and input on Windows 10

On Windows 7 I had the following scheme of language settings:

I failed in attempt to reproduce such settings on Windows 10: if I delete English from input languages, some of my apps change interface to Russian or Japanese automatically. I do not want to have three layouts (Eng, Rus, Jap), because â€“ why to have separate Eng layout if Japanese also allows me to type in English?

I tried overriding display language in 'Advanced settings' of 'Control Panel\Clock, Language, and Region\Language' with English, but seems it has no effect if English is not on the language list.

If there is a method to exclude a layout from switching rotator (Alt + Shift / Ctrl + Shift / Win + Space) it would be a legit solution, I think.

To sum up, I want interface in English and just two layouts (jap, rus) in rotator (I do not want to use separate Key Sequences to switch them).

Is it possible on Windows 10?

Recently, I've solved the same issue. Here is the translation for others who can face similar problems (sorry for the non-English language on the screenshots, but it is obvious what's shown there). 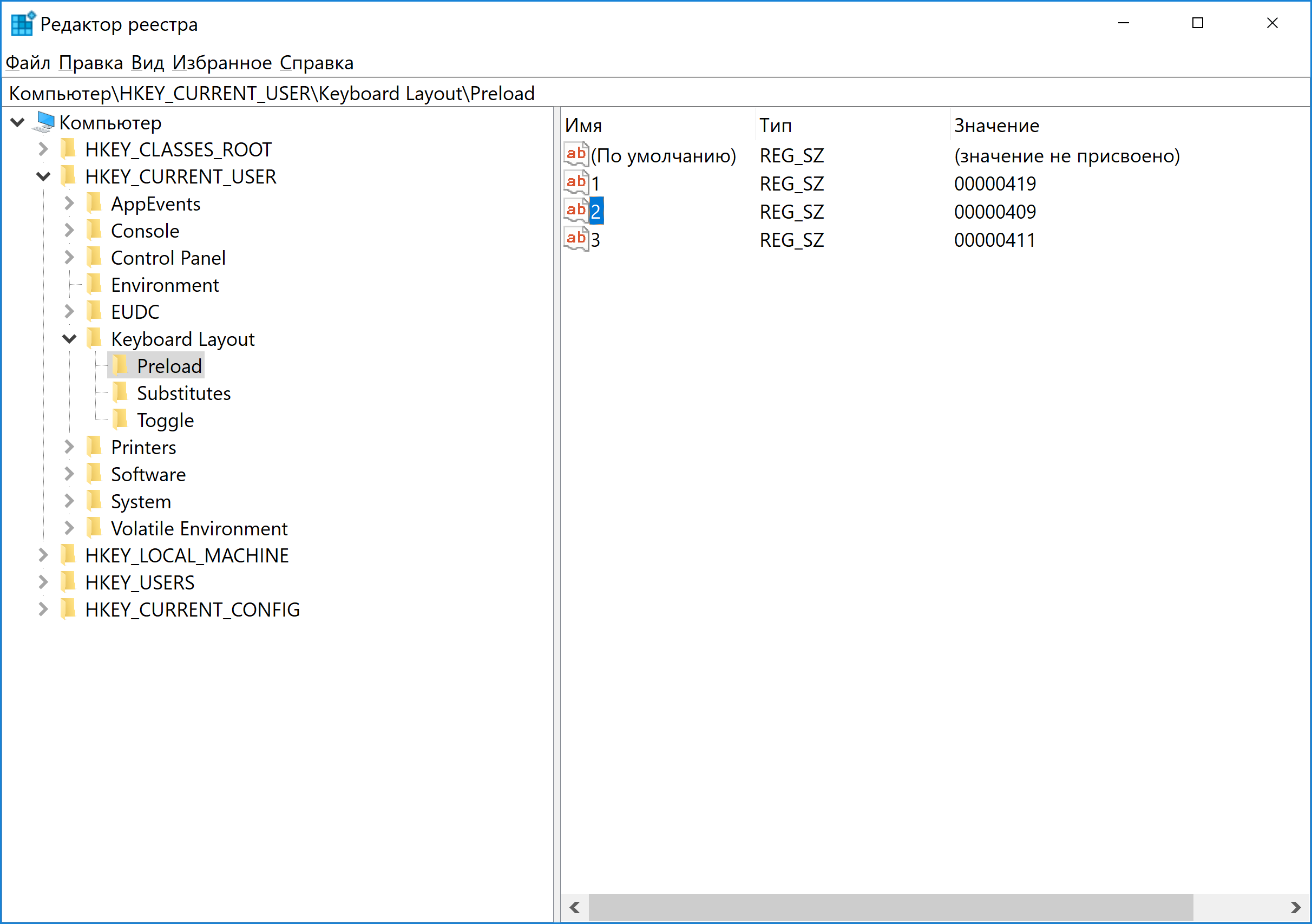 And delete this parameter. In my case, I'm deleting the en-US keyboard with id 0409. If there will be a window in the numeration of parameters after deletion, restore the order. In my case, I had to rename the parameter 3 to 2. 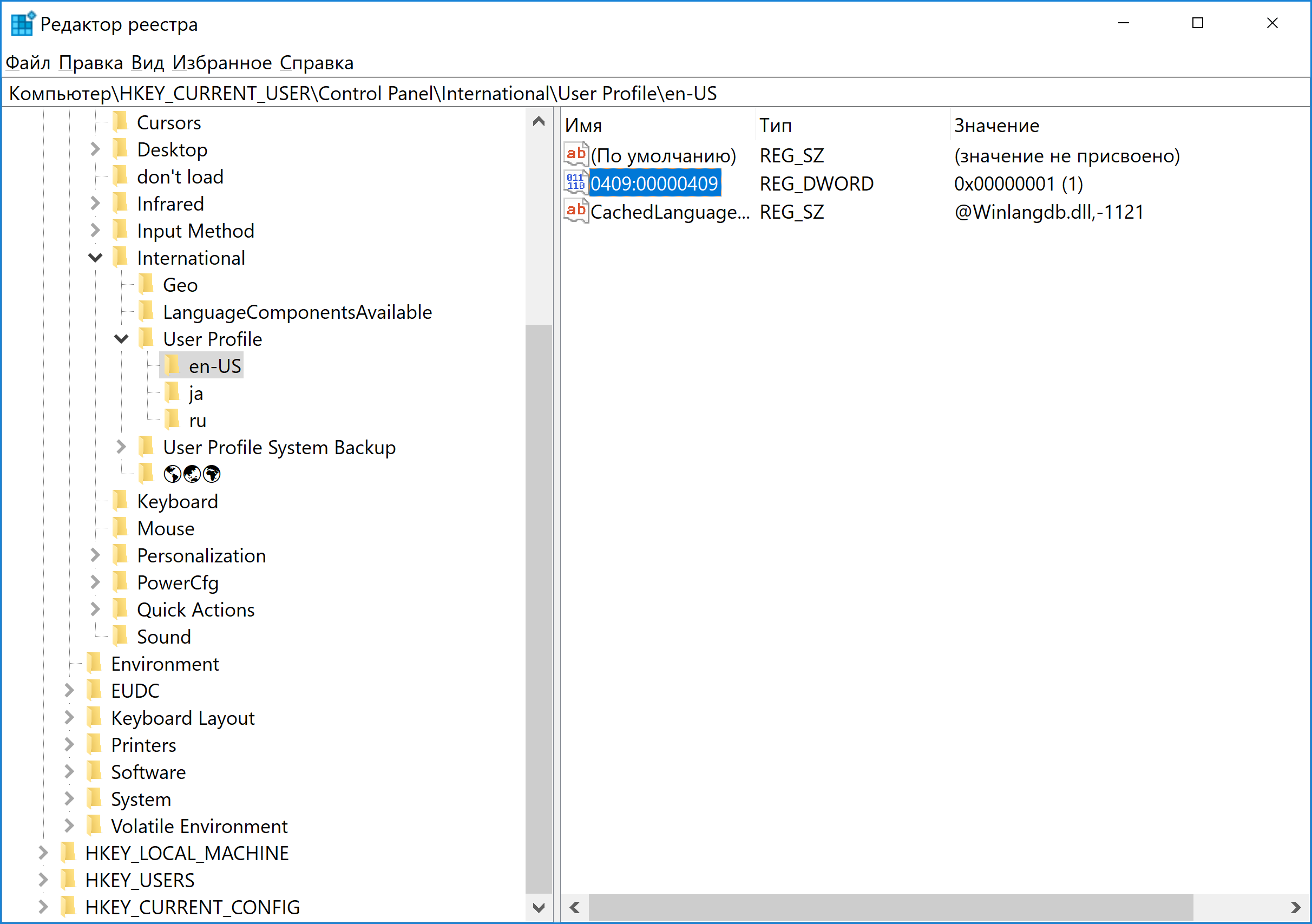 And delete this parameter. 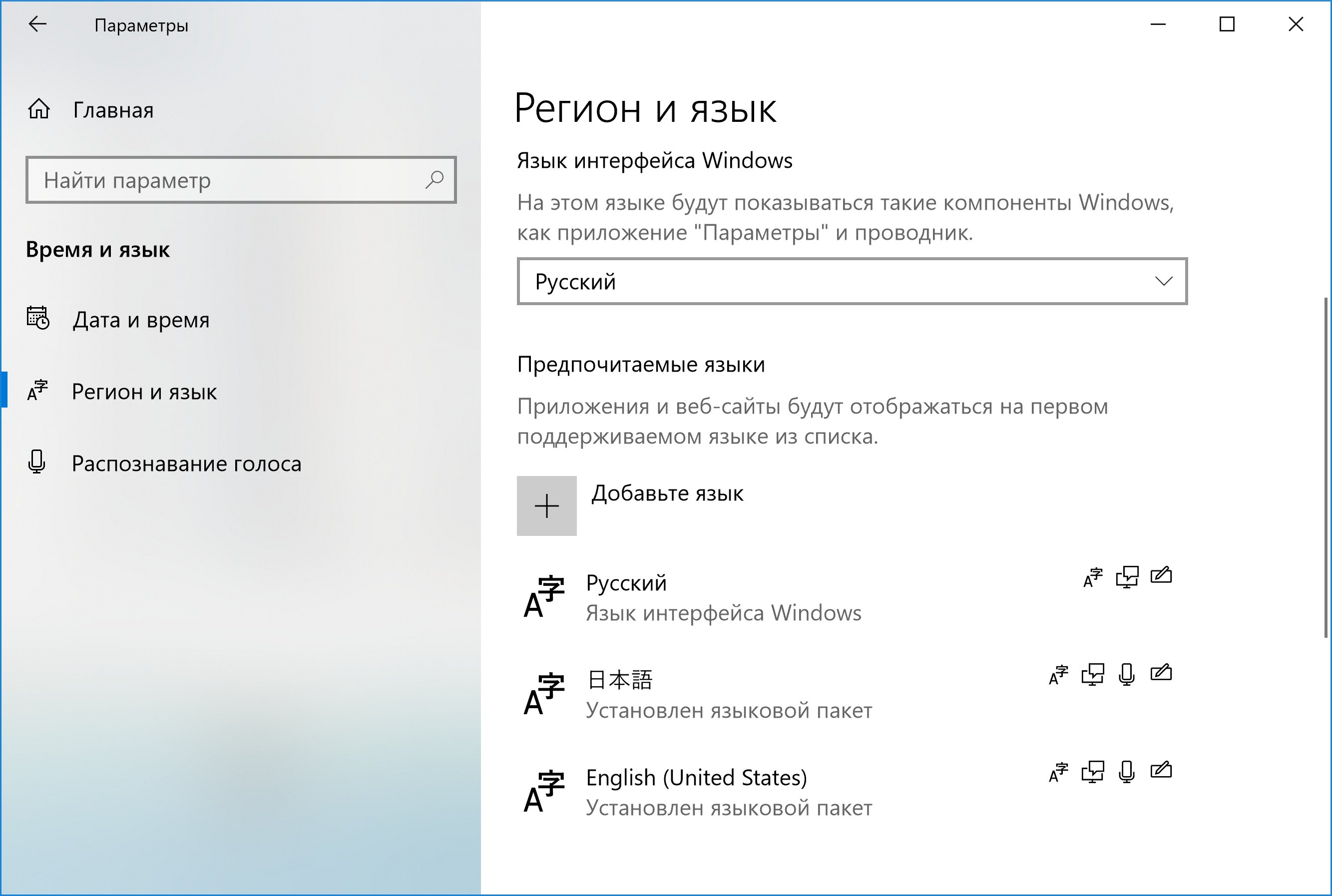 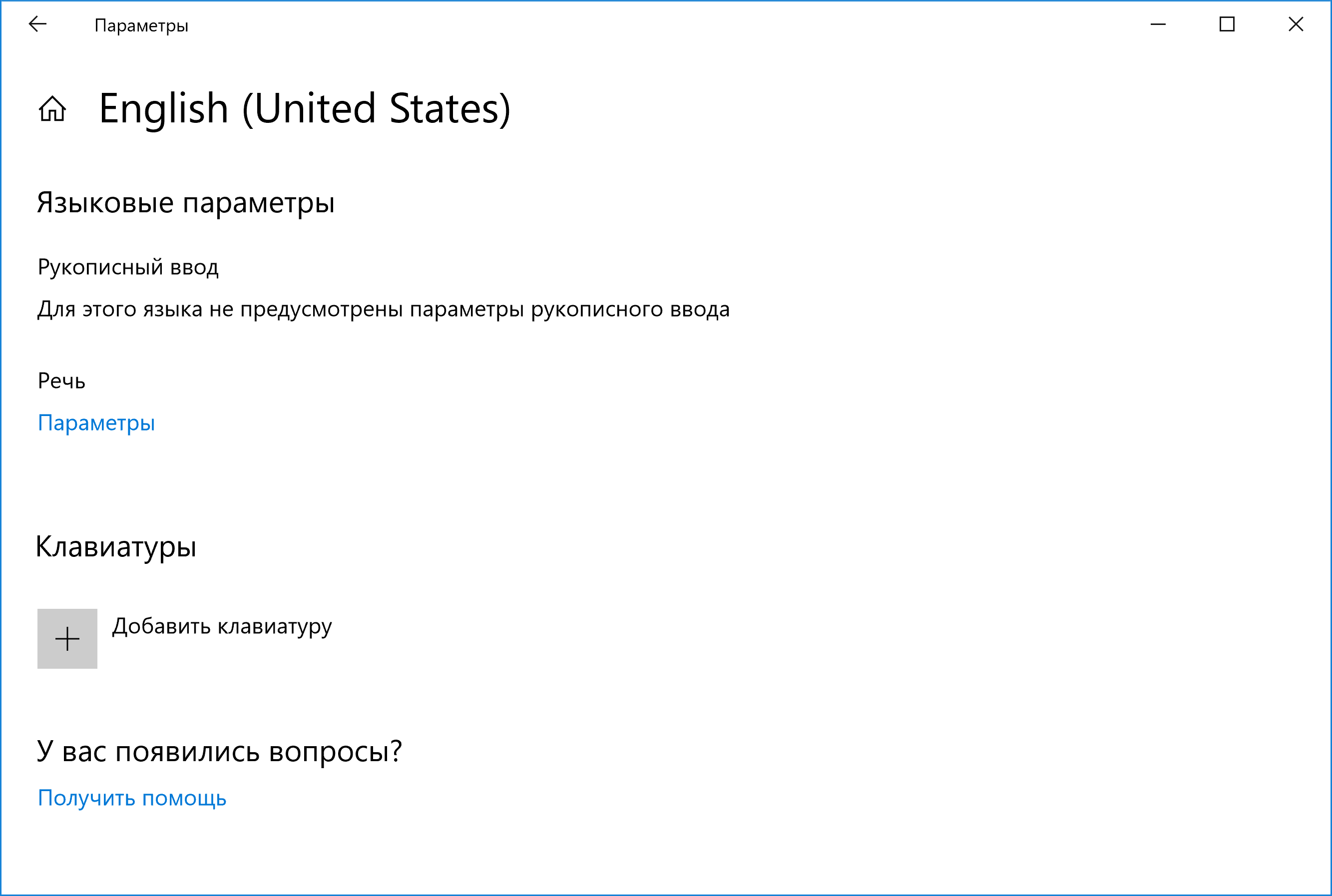 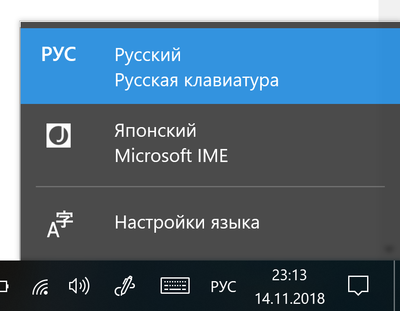 On the login screen, I have the US keyboard layout, but in my user account, it is absent and I only have Russian and Japanese layouts. So, the problem was successfully solved :)

Hope this information will help others.

8
Complicated input language and display language setup in Windows 8
8
Is there a way to use three keyboard languages, having two of them being switchable with a keystroke and the third one to be enabled by a hotkey?
0
Different language for user interface and keyboard on Windows 10
1
How to remove redundant point from language switching?
0
How to disable a set of input methods (languages) on win 10
0
Windows 10 no language icon on the taskbar
0
Keyboard Layout Change Windows 10
2
How to add languages/regional settings without adding keyboard layouts in Windows 10?