What is the bilingual Canadian keyboard layout pictured and how do I use it?

Keyboard layouts similar to this one are somewhat common on computers sold in Canada, but the combinations of symbols on the keys do not exactly match any of the standard multilingual layouts.

What is this layout? How do I use it?

This is a US English keyboard layout and a Canadian French* keyboard layout combined into one set of labels on a keyboard with an ISO-style physical button layout (tall enter key, 11 keys between the Shift keys).

The ISO-style US English layout:

A note about the Canadian French labels: The keyboard pictured in the question colour-codes them blue, and puts them on the right or bottom side of the key, but omits them when they would be the same as the US English label. Some keyboards with this layout do not colour-code any labels, however the positioning of labels within the key is typical.

The markings for the the Canadian French layout on these keyboards are quite ambiguous compared to those on dedicated Canadian French keyboards. The Canadian French layout uses both dead keys (accent keys you press before a letter to type an accented letter, red in the diagram) and AltGr combinations (where you press the key with the AltGr key held down to produce the indicated symbol, blue in the diagram). The AltGr key is not marked on this keyboard; it is typically the Alt key on the right. Although dedicated Canadian French keyboards usually position the labels for the AltGr combinations in the lower right of the key, and often colour-code the dead keys, the layout shown puts the AltGr labels in the lower middle on some keys and the lower right on others, and does not differentiate the dead keys. This means that using it may require some trial and error and ultimately memorization (which goes against the purpose of putting labels on the keys in the first place, doesn't it?)

*What IBM, in certain documentation, calls "Canada (Bilingual) 058", as some sources point out. But referring to this 058 layout itself as bilingual has limited adoption in practice - even IBM avoided it in their sales materials and computer model technical documentation in favour of "Français canadien"/"Canadian French", as you still see Lenovo doing today here in 2022. 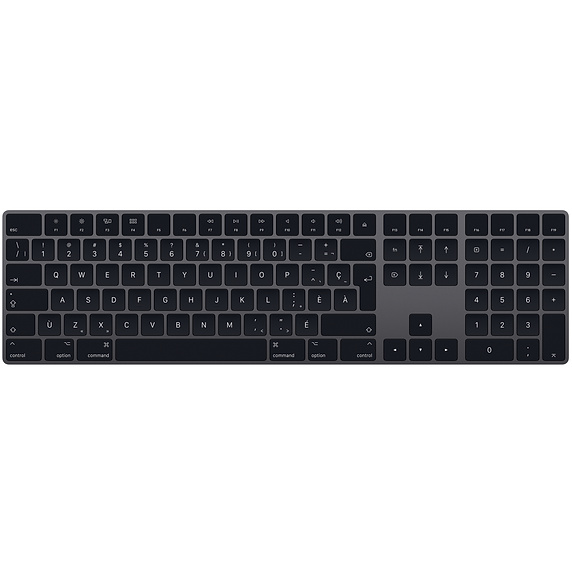 8
How to calculate the ideal keyboard layout for programmers?
1
Windows 10 keyboard layout changes randomly and won't change back
3
How to use linux keyboard layout in windows?
0
Separate numpad with keyboard and left-hand-dvorak layout together?
0
German keyboard layout with Spanish and Pollish characters?
33
How to type the Euro Symbol € on US English keyboard in Windows 10 without a numpad or "AltGr" key?