Why do large downloads bring my PC to a halt?

Whenever I download a large amount of data (ex: downloading a game from Steam), my entire PC comes to a crippling low <1 frame per second, despite having relatively decent hardware. This only seems to happen with large downloads as I can download single images and webpages without issue. To make matters more confusing, this issue used to not be present on this machine prior to being upgraded to Windows 10 (from Windows 7 Home) as well as potentially for a short period afterwards that I don't recall the issue occurring. Another thing to note is that I do not have WiFi in this computer, only Ethernet.

What is the cause of this poor performance I am experiencing and how do I fix this?

It would seem that Windows insists on downloading large downloads on the first core listed in task manager every time. This is supported by this screenshot of Task Manager that I took while downloading a game: 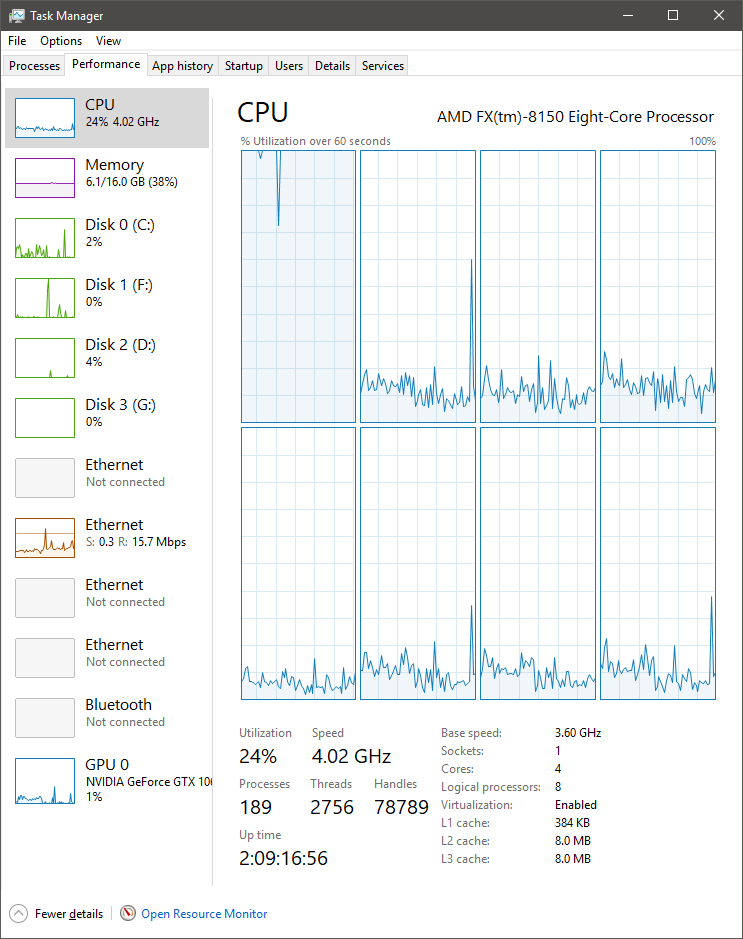 Processes running while downloading a game: 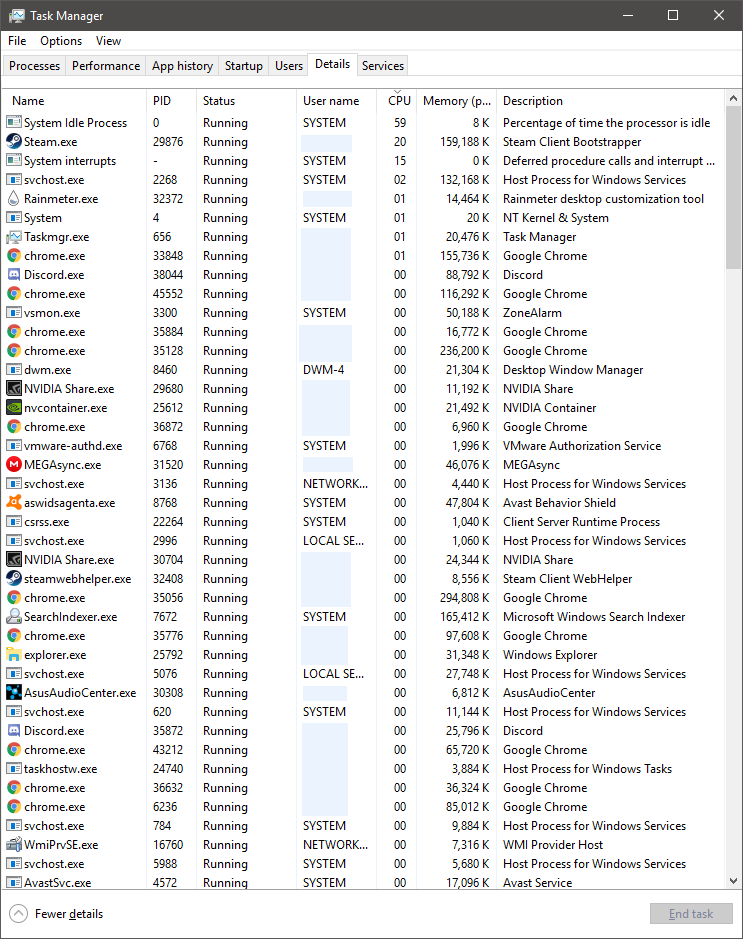 I do not know if this is the intended behavior or if it is actually the root of the problem. But so far I don't have any evidence that disqualifies it.

Things I have tried

Analyzing the ETL shows that Interrupt/DPC are caused by the driver vsdatant.sys which seams to be part of ZoneAlarm firewall. 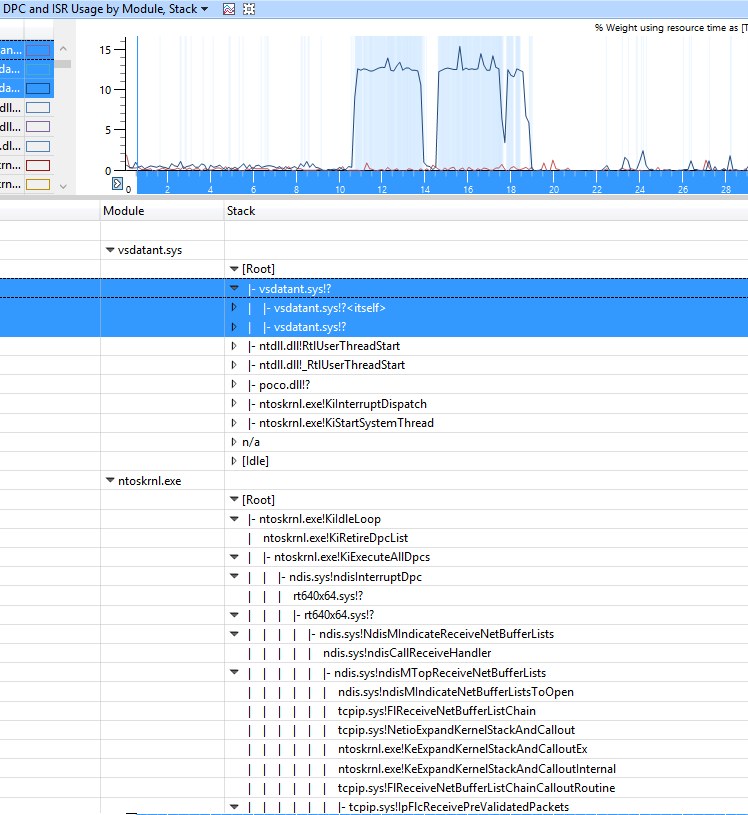 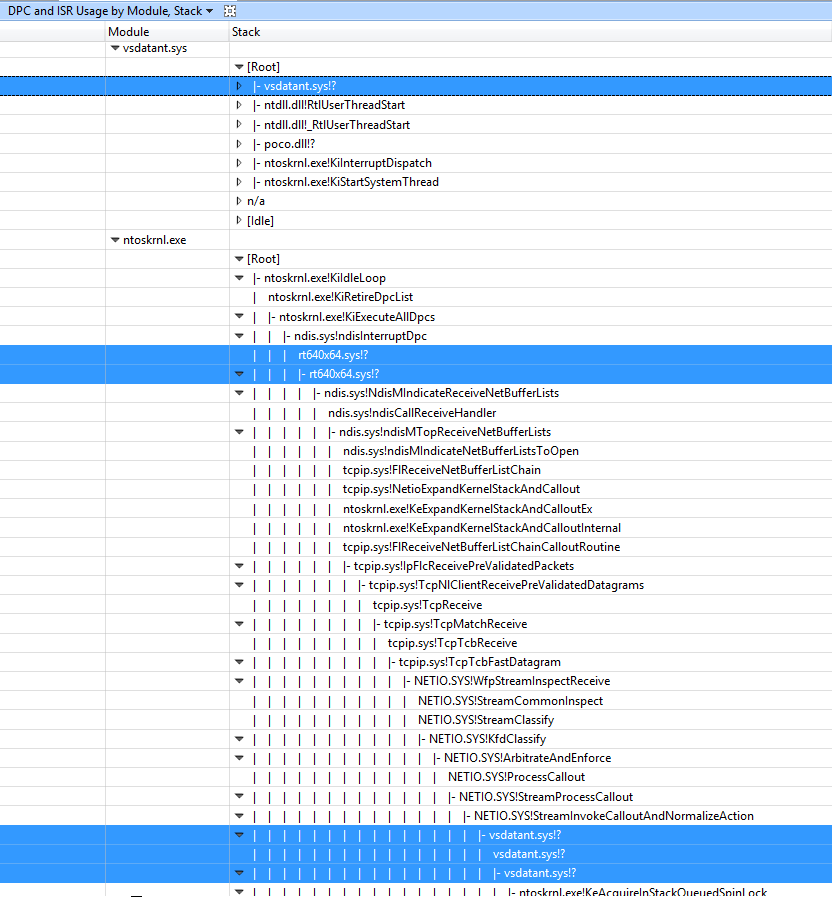 So remove ZoneAlarm, reboot and look if downloading is faster and using less CPU.

2
Interrupted downloads
6
All downloads being interrupted
1
Downloads stop half way on Windows over Ethernet
1
How to deal with slow download speed connections when not using multithreading for downloads?