Is my PSU compatible with my motherboard and processor?

I have an ASUS TUF z370 plus motherboard, with an i7 8700k CPU, and a Chieftec-iARENA GPB-500S PSU. I have trouble connecting power to the motherboard ATX 12V slot. The motherboard has an 8 pinhole slot, while my PSU has an outlet that has only a 4 pin thingie. Is it okay to plug this in? I can provide pictures if needed. The 4 pin outlet fits nicely into the motherboard. 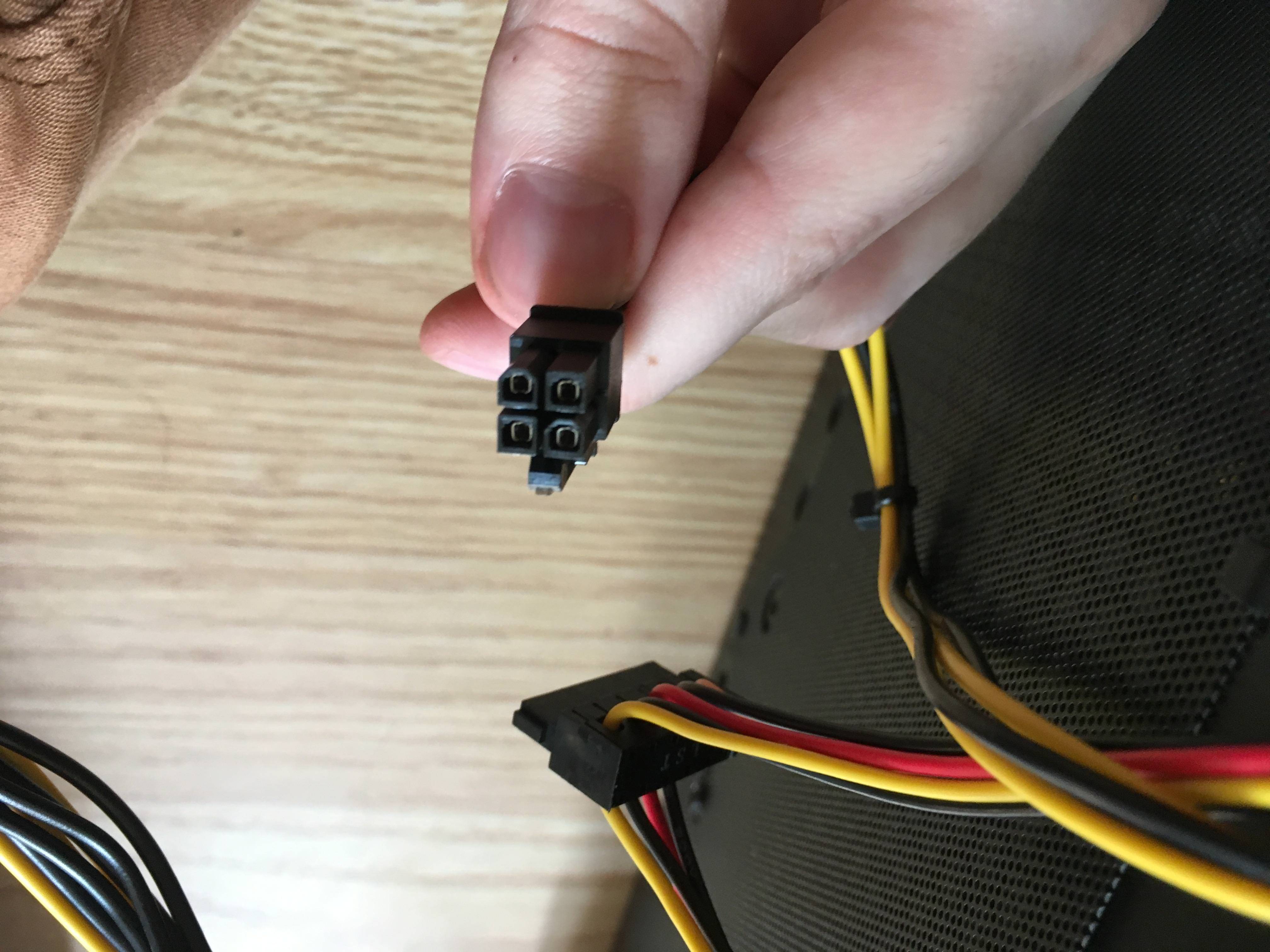 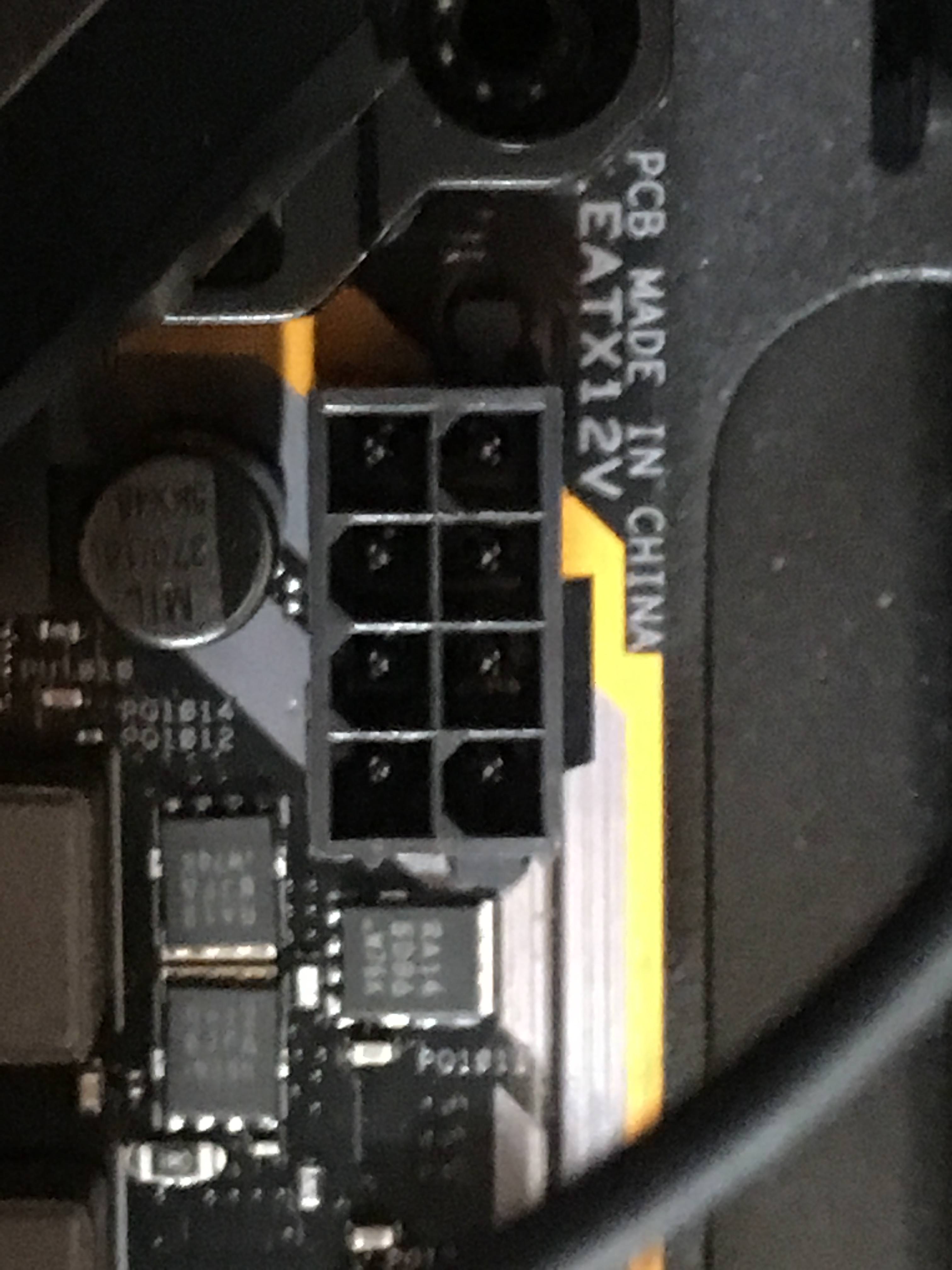 Of course it will just fit in (thanks to ATX-standards), because the 8-Pin EPS-variant on your motherboard is just 2x 4-Pin (but mirrored).
Using only one 4-Pin connector halves the amount of +12V and GND pins to two (Instead four) Despite your PSU featuring only single rail +12V, it really won't make that much difference if you use the 4-Pin connector only. The Core i7 8700k has a TDP of 95W (according to Intel) which the two +12V cables a 4-Pin connector features can handle. If you take a total of ~4 Amps per line (95W / (12V x 2)), that should work. Suggest to just test if the PC will boot at all and than do a stress test of > 30 Min while you watch for smoke etc.

It will fit because ATX is standardized, but do you want it to is the question.

The CPU should post with only one of these in (as the connector socket is actually looking for two of these, side-by-side, often with one connected plug), but you're not providing the by-design amount of power that the processor and motherboard will use. This can have unpredictable side-effects and as another answer on here lists, could have you "watching for smoke" which is a thing you don't want to do with your brand-new 8th-gen processor.

Look for a second one of these cords hanging off of your PSU (not uncommon) to plug in with it. You can also sometimes find adapters which allow you to plug in molex connectors to this spot, but that's not as stable and definitely not something for overclocking with. Finally, if your PSU is modular (EVGA, ANTEC, other high-end brands) then you may have another one of these as a second cable you can plug into the PSU that is specifically meant to solve your problem.

I just looked up your PSU and that....personal note, don't use that. You got a K-series processor which means it's unlocked for overclocking, and I can tell you from having the same processor, it very easily overclocks to 5.0+Ghz on air. You're not going to achieve that with only one 12V rail powering the CPU, and only 450W output with a 500W max load, you're going to feel the hurt if you try.

2
Can I plug a 8-pin EPS connector from the PSU to a 4-pin ATX motherboard?
7
How do I interpret the Asus motherboard LED and beep patterns?
1
CPU fan runs only after removing “12 V power supply connection from motherboard” or HDD power supply"
0
New motherboard sends no signal to monitor
1
How to connect mini-itx with atx 2-pin block to 24-pin ATX12V