I have a Windows 10 that I use daily, with VMware WS 14 installed on it. I also have another Ubuntu system installed on another hard drive on the same computer and it has been used only a few times.

My Windows and Ubuntu do not interfere with each other, they reside on two completely separated drives. The second hard drive contains everything the Ubuntu needs, including EFI System Partition and the root file system, and correctly configured (I can boot from that hard drive directly).

Now I want to boot that Ubuntu in VMware on the Windows, is it possible?

The information is covered in the VMware article Using Physical Disks in a Virtual Machine. 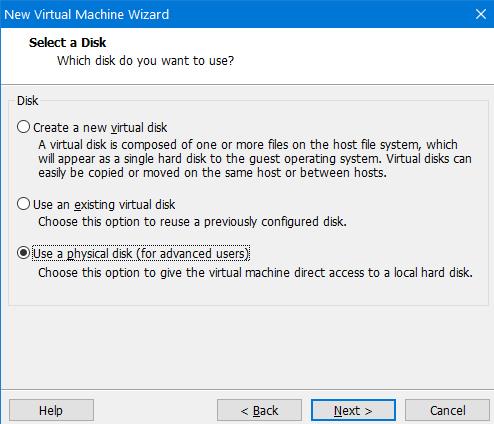 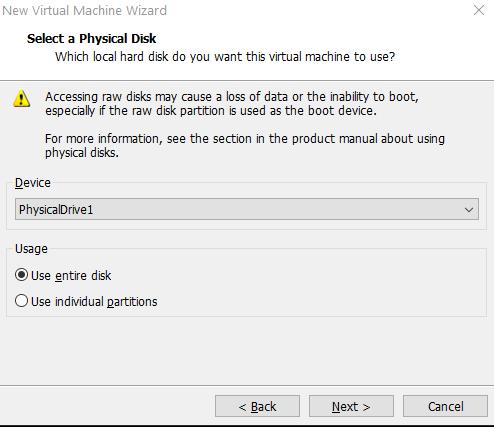 Not the answer you're looking for? Browse other questions tagged linux windows virtual-machine vmware or ask your own question.