I've been struggling with this for a while. Updated all drivers I could, no luck. Headphones connect and pair successfully, appear in manager, show all services correctly, but don't appear as a playback device. Any help would be appreciated.

Here are the details: 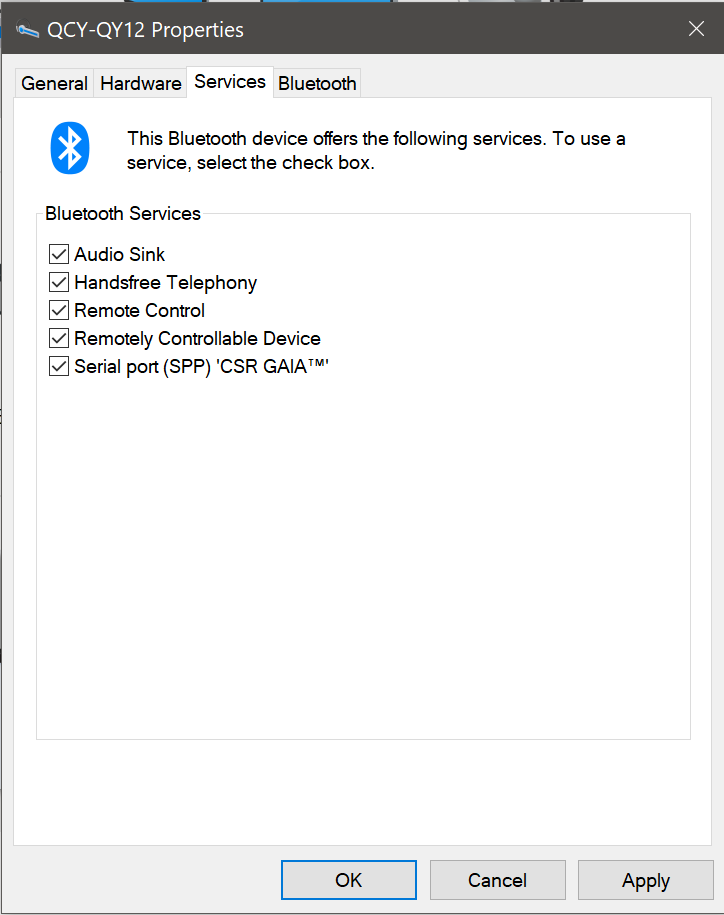 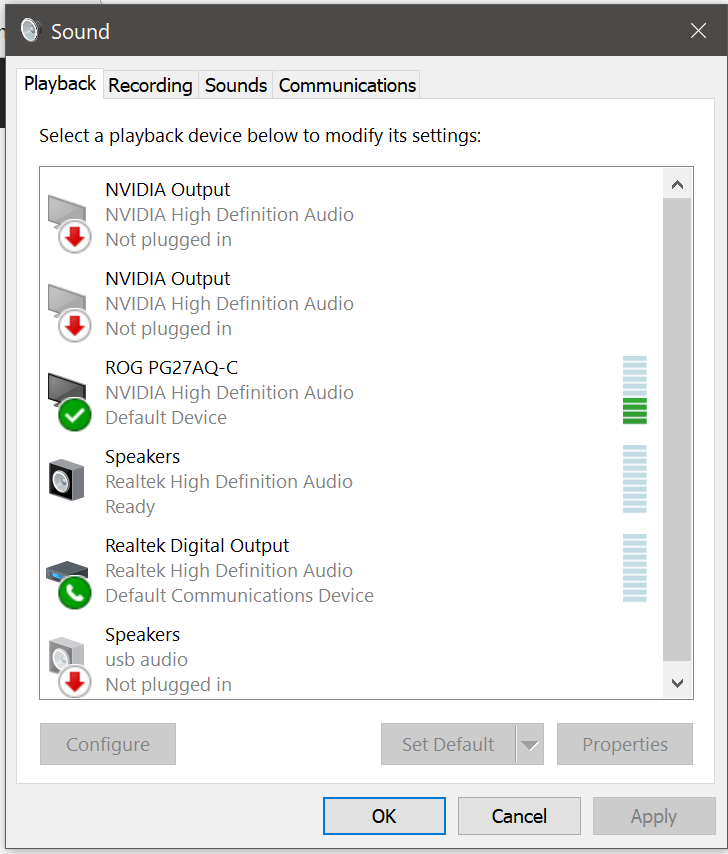 I encountered the same problem with Win 10 and my dell computer/LG Bluetooth speaker. I accidentally found the way to resolve the problem by referring to the answer from the previous contributor Dlight202.

The usual procedure is :

If your headphones are still unusable, then the problem is with your driver. It may be incapable of functioning as a playback device. Search for the right software, or contact the Support of the manufacturer. If nothing works, change headphones.

I just had this situation. BT device was connected but under playback none of the services related to bluetooth were available.
Resolving steps
-- restart all bluetooth services
---Switch off bluetooth switch on laptop ( or else disable / enable bluetooth ) hardware
and then it showed up under playback devices . MS has a worst BT interface . Crappy. Is there a 3rd party BT manager out there?

Have you tried uninstalling and re-installing your Bluetooth adapter?

If so then try the following steps:

I recently had a similar issue with my windows 10 laptop. My bluetooth headset would connect, but then would not appear as a playback device in my sound manager.

The headset would connect okay, but then afterwards during enumeration, it didn't seem to enumerate correctly. What I found is that when I looked in devices and printers and then at the properties for my headset, and hardware tab, there was no sound type device functions associated. There were however, 3 virtual bluetooth types, that when I right clicked to properties, were associated with the atheros driver.

Then after searching the list, delete the ones with the appropriate oem number

After this, when using the generic windows bluetooth driver the device re-enumerated and then the correct hardware device functions became available.

I had a very similar issue with my bluetooth headphones and dell XPS 13 laptop. I tried just about everything that is frequently mentioned, and finally fixed it just now!!

What worked for me was to install an older Windows 8.1 bluetooth driver from the dell support site. Apologies if this is only applicable to dell laptops, but it may not be. Regardless other people may find this solution helpful.

This solution was originaly posted by 'cacahahacaca' on reddit: https://www.reddit.com/r/Dell/comments/a4e6ry/bluetooth_headphones_dont_work_with_xps_13/

My Dell Latitude (originally Win 8 upgraded to Win 10) would pair and connect with Bluetooth headphones and, after much tweaking with drivers and settings, would show the headphones in the playback devices list but never actually work. The built-in Bluetooth module was 3.0 and rather than buying a $25 replacement and disassembling most of the laptop to swap it out, I bought a $10 USB 4.0 adapter. I uninstalled the internal module, plugged in the new one, and both sets of my Bluetooth headphones connected and worked immediately.

I had the same issue as described above happen to me after a windows update. The solution was to disable the Absolute Volume feature in the registry. None of the other tricks described above did the job.

Scroll down to "Troubleshoot problems with Bluetooth accessories" click on "Audio"

I've solved this with a mix of the above suggestions.
My PC is a Dell XPS15, Win 10, trying to setup a Peaq PPA20BT.

One thing that caused me issues with my Bluetooth headphones (Sony WH-1000XM3) and Windows 10 was that the headphones actually showed up as two different Bluetooth devices when pairing.

The first time I paired them I believe I clicked on the "LE" variant, and this wasn't registered as an audio device at all (and from that point on it would just pair with that link each time). So the solution was to unpair it, and then repeat the pairing process, but make sure that I select the correct one.

There are two solutions that I found

Solution one : try to install Bluetooth Suite Win 7 & from Atheros. It can be searched and downloaded online for win 7 and lower.

Solution two : buy a bluetooth 4.0 dongle and connect to your headset.

There is a reason for it but I am not a real tech. Anyways hope people like me not to get frustrated anymore.

Not the answer you're looking for? Browse other questions tagged windows-10 audio bluetooth speakers headphones or ask your own question.

6
Windows 7 claims driver is not digitally signed, but it is
0
Bluetooth headphones in Windows 10 being seen as “device” and not audio