How does onboard Wi-Fi get presented to the OS? Desktop Motherboard

I'm looking at motherboards and I'm debating on spending more for one with built-in Wi-Fi. I was wondering how this is presented to the OS. I'd like to use PCI pass-through, so I'm wondering if it uses PCI somehow or some other technology like USB.

I can't even find that it says it has Wi-Fi or Bluetooth but I Googled and that's what the AC stands for and apparently it's Intel based... Not a very specific spec sheet in my opinion. Id love to know what exact Wi-Fi card is used.

Update: seems I missed the details tab.... I now see the type of card. But I still want to confirm that it's presented as a PCI device.

The details page you linked has this information on it:

Following that, you can find on Intel Ark that this wireless card could be either PCIe or USB.

Finally, looking at the box art: 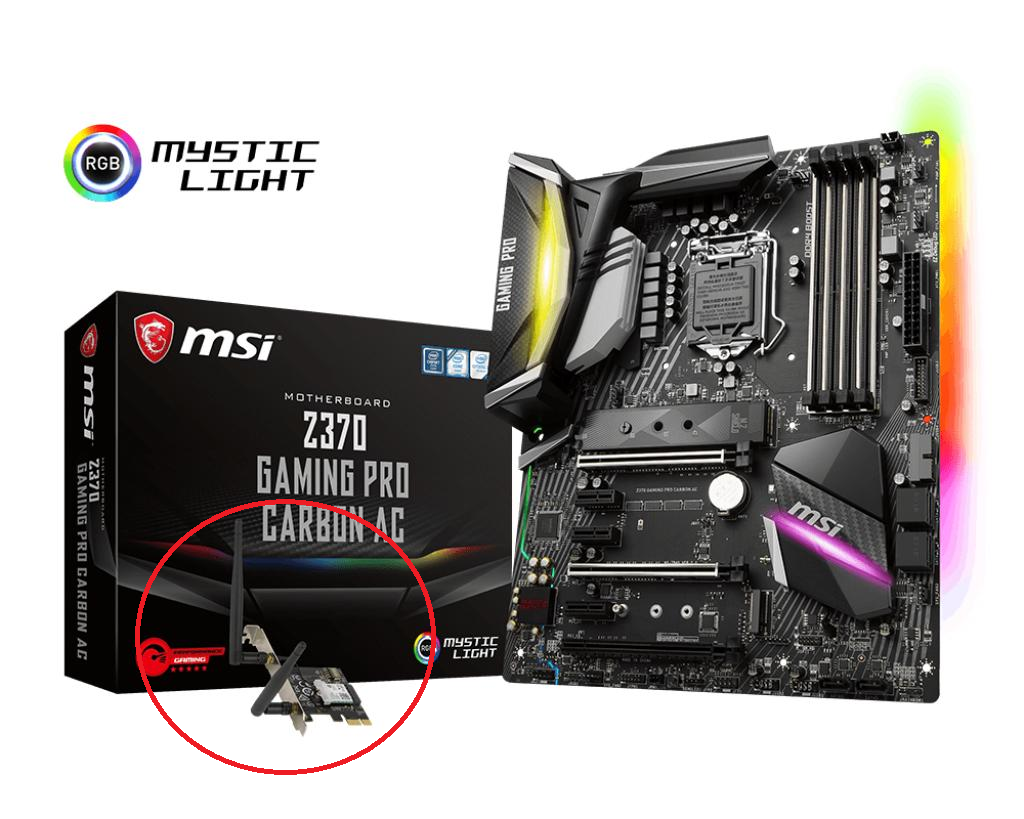 However... and this is where the plot thickens... The product manual reveals the following information:

But then further along it also mentions the following: 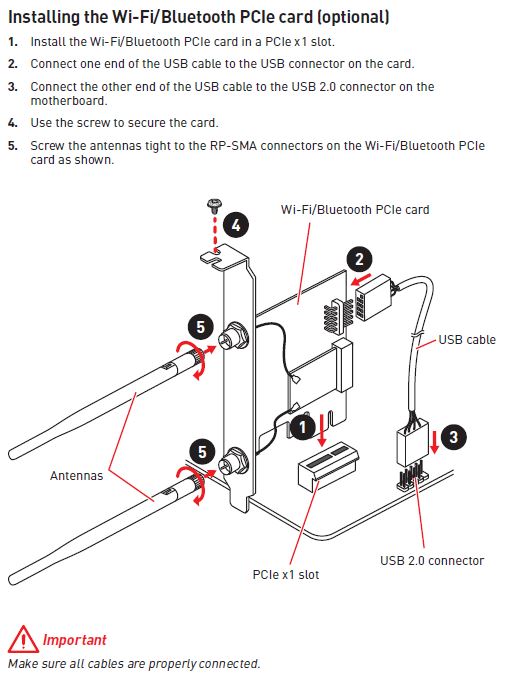 All in all, it's quite unclear how exactly this wireless card actually connects to the motherboard, so basically... I dunno?

This means that the card needs both PCIe and USB to work, not either-or. Typically in these kinds of combo Wifi + Bluetooth cards, whether made by Intel, Atheros (now Qualcomm) or Broadcom, whether in MiniPCIe or m.2 form factor, the PCIe lanes connect the WiFi part, and the USB lanes connect the Bluetooth part.

For example, the following is a screenshot taken from Device Manager on a Windows 10 laptop, where menu "View -> Device by connection" is selected: 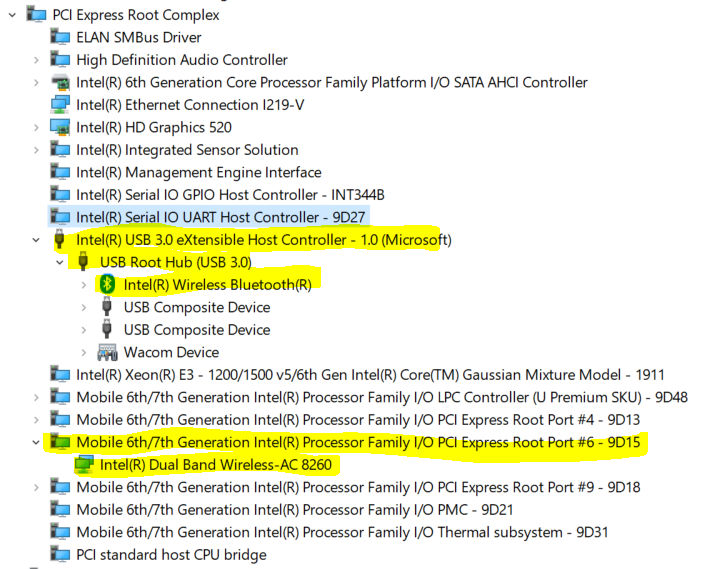 The MiniPCIe and m.2 connection specifications both include PCIe lanes and USB lanes, and for a combo WiFi + Bluetooth card to work properly, both protocols are required. The PCIe adapter provided with the motherboard routes PCIe lanes on the m.2 connector to the PCIe slot, and the USB lanes to the USB connector, where it must be plugged in to the motherboard's internal USB headers using the provided cable. If the cable is not connected, WiFi may work, but Bluetooth will not work. (Certain models of laptops may have either only PCIe lanes or only USB lanes connected on their MiniPCIe / m.2 slots, and if a combo card is plugged in to those slots, only one function will work.)

Since the OP would like to use PCI passthrough to present the wireless card to a virtual machine, both the PCIe device and the USB device must be passed through if WiFi and Bluetooth are both desired in the virtual machine. (Even then it may not work properly, because PCI passthrough is black magic, and many devices don't like it. I have attempted to pass through a simple PCIe WiFi card before, and never got it to work; your mileage may vary.)

Not the answer you're looking for? Browse other questions tagged motherboard pci or ask your own question.

4
Picking a linux compatible motherboard
2
MSI P965 and HD5450 PCI Express compatibility, will these two work?
1
Computer Randomly Powers Off. What's The Cause?
15
Can I have two different GPU in my motherboard
0
Boot crashing - does Z87 and Haswell support 16 GB RAM modules?
0
Asus ROG Crosshair VIII Dark Hero - Memory from QVL - D.O.C.P. Standard - The system has POSTed in safe mode