I've lost my bash command line prompt in Mac OSX (10.11), and I don't know where to start looking to fix it.

The issue started when I changed the "Shell opens with..." preference from "Default" to "Command (complete path)", specifying /usr/local/bin/bash. When I restarted Terminal.app after making that change, the window appeared but I had no command line prompt:

Any commands entered are ignored.

After that, I reset the "Shell opens with..." preference to "Default," and restarted Terminal.app again, but the problem persists.

Where do I go from here to get my terminal back?

After multiple system restarts, this problem resolved itself.

Here's a screenshot of my Terminal settings as of right now: 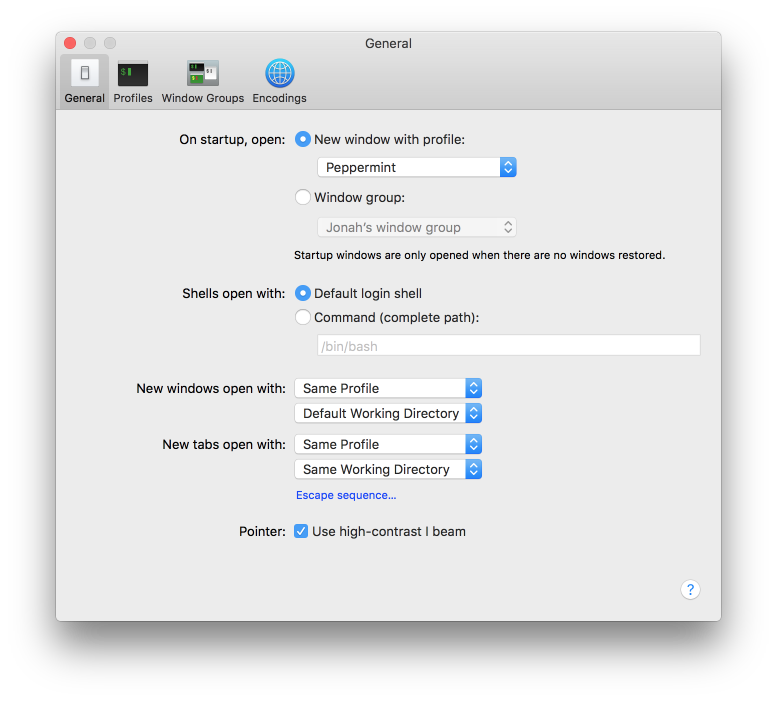 After multiple system restarts, this problem resolved itself.

8
Any way to fix screen's mishandling of line wrap? (Maybe only Terminal.app)
1
bash terminal - prompt cursor changes from $ to > upon entering invalid command
2
How to get down-arrow history browsing in bash in Mac OS X Terminal?
1
bash-completion only after sourcing .bash_profile
1
Mac OS 10.5.8 Terminal won't start: "Process completed" instead of command line
2
Why is "java" a valid command in terminal (bash) if it is not in my path?
3
How to delete old $PATH echo in Mac
1
How to open an SSH session to Windows directly in Bash instead of the Windows command prompt?
2
I deleted fish shell and now VS Code terminal doesn't work