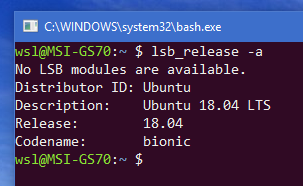 There are now three varieties of Ubuntu available on the Window Store. 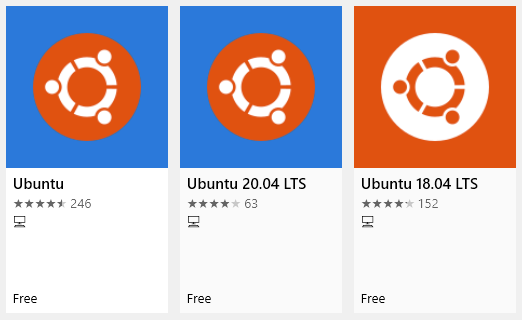 If you installed the plain "Ubuntu" app (with no version number) before 20.04 was made available on the Windows Store, you may upgrade it with the following set of commands:

Follow all prompts and heed all warnings you are presented with. They are usually due to customizations and third-party libraries or repositories you added yourself.

Not the answer you're looking for? Browse other questions tagged windows-subsystem-for-linux ubuntu-18.04 or ask your own question.

3
windows 10 WSL ubuntu unable to ping anything
0
Pass command to WSL Ubuntu 16.04 upon opening/booting WSL ubuntu
7
How to change the name of a WSL distro to reflect the actual distro?
3
"sudo apt-get upgrade" not working on Ubuntu 18.04 WSL
0
Unattended WSL Ubuntu 18.04 installation from powershell