I'm having trouble installing a video card in my computer (specs. detailed below). Without the video card, everything works fine. I can boot into the OS without a problem, and I can even get into the BIOS setup screen.

But with the video card installed - and the HDMI cable plugged into it instead of the motherboard - I get the following:

Here are the video settings in the BIOS: 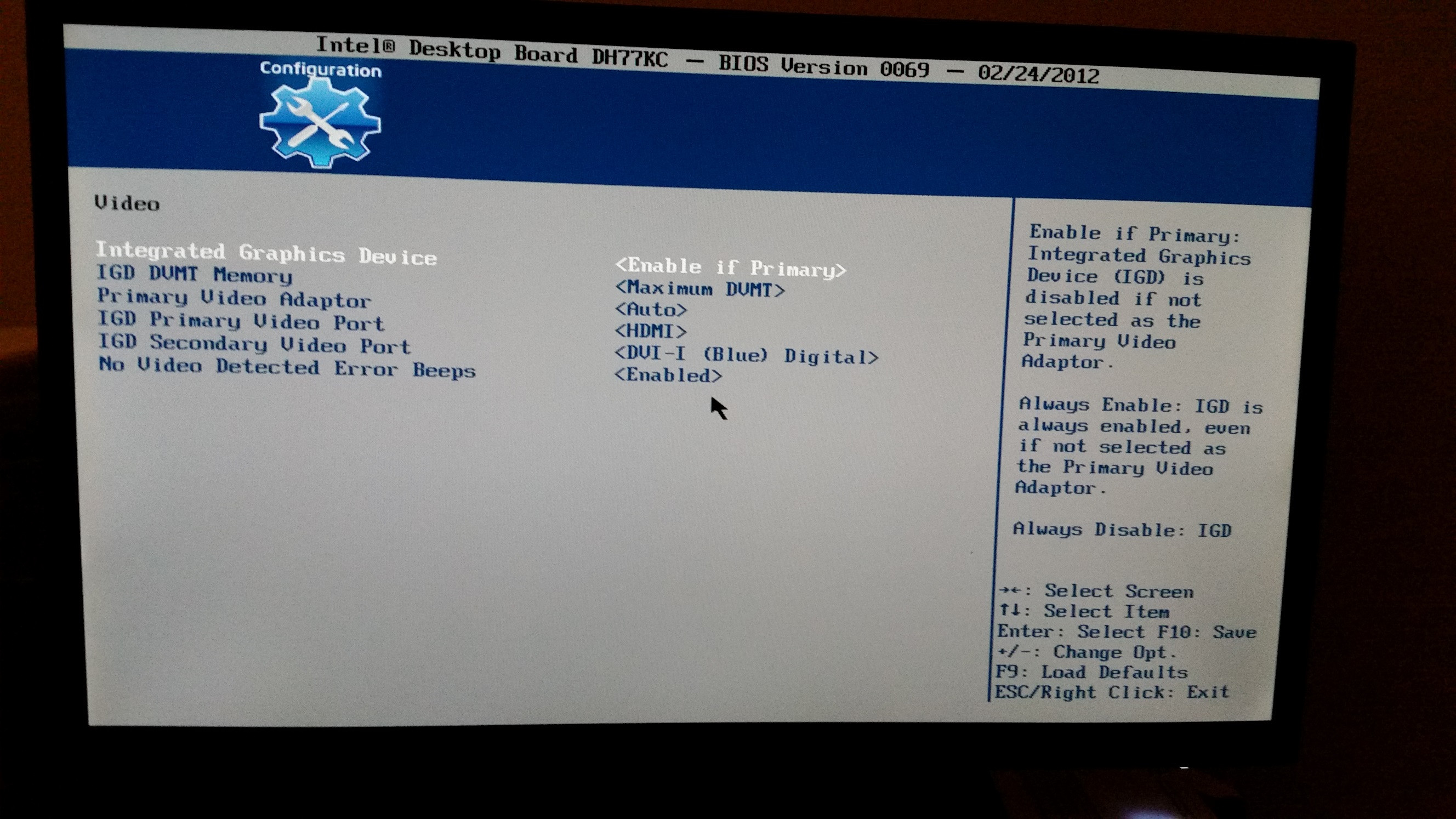 Do I need to change the video settings in the BIOS to get this working? Should I update my BIOS?

I didn't think I had an old version of the BIOS, but I was wrong due to a mix-up between motherboards; I thought the problem was with a DQ67EP when it was really with a DH77DF.

Not the answer you're looking for? Browse other questions tagged video graphics-card motherboard bios or ask your own question.