When I try to add virtualenv as an interpreter in PyCharm Community 2018.1.2 in Kubuntu 18.04 I get the following error: 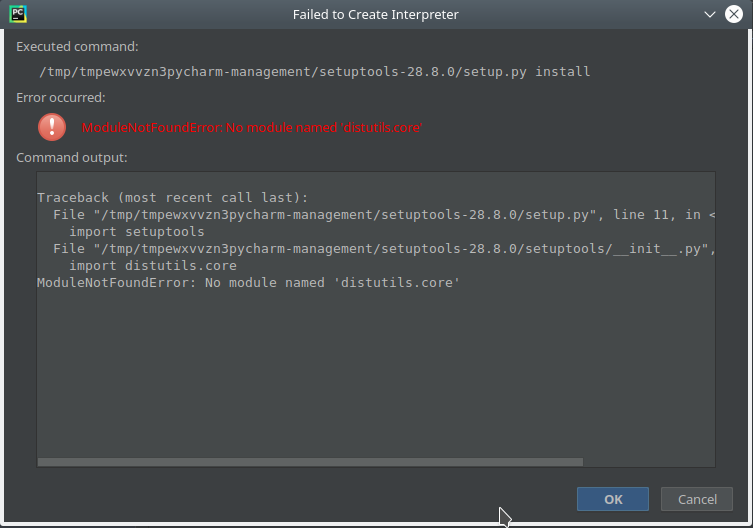 How can I solve this?

I had to install it. This was fresh Kubuntu 18.04 install, obviously, without this needed package.

After that I restarted PyCharm and creating virtual project interpreter was successful.

Run this command and you should be able to install the packaging tools in Pycharm:

It's python3-pip, not python-pip if you are using the Python3 interpreter.

Neither @Hrvoje T and @hyukkyulee worked for me since I had already installed those packages. Uninstalling and reinstalling didn't solve the issue as well.

I just upgraded my system to Ubuntu 19.10 and I noticed that they had upgrade the python interpreter to 3.7. PyCharm however was generating the venv interpreter based to its previous one (python 3.6). By changing the base interpreter from New Interpreter block I solved this issue.

It is because, by default, Ubuntu comes with python 2.7 and python 3.x version. And if you have installed pip using

will install 'pip' in python 2.7 folder.

so you need to specify python3-pip to install pip in python 3 folder along with other util packages.

solved the problem instantly, didn't even have to restart pycharm, just created a new project and no issue setting up the virtual environment.

I did install python-pip after updating to python 3.7.2 before having pychram installed. So same as running python3.7 in a terminal without changing the alias the 3 after python matters.

For me, PyCharm was trying to select Python 3.7 in the project creation wizard, but my base Ubuntu system was using Python 3.8 and distutils was installed for Python 3.8.

Solution was to select Python 3.8 as my base interpreter in the project wizard. 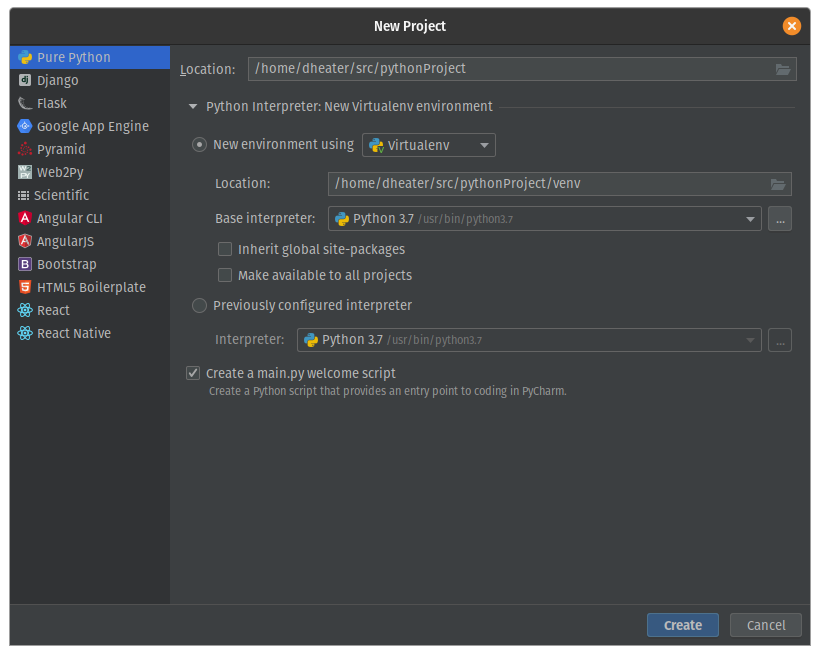 Not the answer you're looking for? Browse other questions tagged ubuntu python pycharm virtualenv or ask your own question.

14
My PyCharm run is working but debugging is failing
0
Switching to other versions of PyCharm unsets the Project Interpreter in the previous one
1
Cannot create virtual environment in Pycharm 2019.1 with anaconda 3
1
DLL load failed error in pytest using pycharm. Works fine in Anaconda prompt
3
How do I enable WSL in pycharm interpreter settings?
0
“Select Python Interpreter” button not showing (Pycharm)