In the beginning, it booted within 10 seconds. 1 year later, it became more than a minute. Once the login screen of windows is visible, everything works instantly. It's only the loading of the OS (The period where you see the windows logo and and loader)

So now I'm doing a boot analysis, but I'm a bit stuck with how to get the correct analysis. These measurements all happen after the slow part. 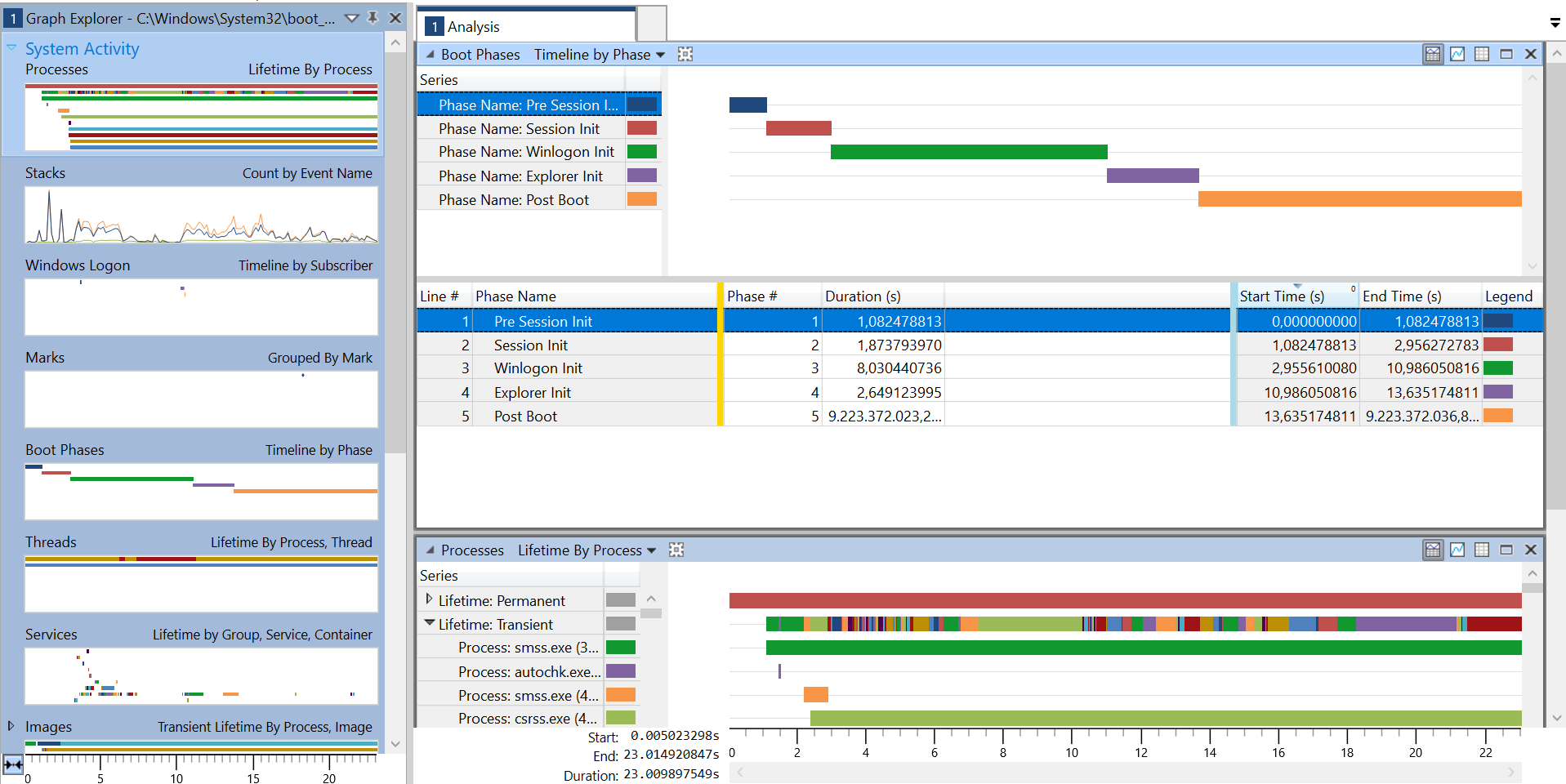 How can I analyse what happens before this (The Windows loading screen)?

I had a problem like this that came up after a Windows 10 upgrade. I ultimately fixed the problem by disabling the on-board NIC in BIOS. Seemed to be an interaction between the UEFI BIOS and the OS driver. Probably a BIOS or driver bug, but neither device had updates available. Disabling the device in the device manager also made the problem go away, but I disabled in BIOS to prevent it from accidentally being turned on.

Once replaced the balky device with a modern USB NIC, all problems went away.

If the delay is happening BEFORE the BIOS screen appears, it will be UEFI related. Try disabling different devices that interact with UEFI, rebuilding the UEFI partition, or updating BIOS, NIC drivers, etc.

In my case, after total removal of power, the device booted up instantly. After any shutdown, boot was delayed a long time, as long as the motherboard had power in between the boot attempts. This led me to believe that some state was being saved somewhere on the motherboard that made the UEFI unhappy.

Not the answer you're looking for? Browse other questions tagged windows-10 boot performance analysis or ask your own question.