Wide SATA? connector with no break in the middle

I need to connect my hard drive from my Lenovo T470p to my desktop, but it uses this wierd connector. It looks like the standard wide SATA, but there's no break in the middle. 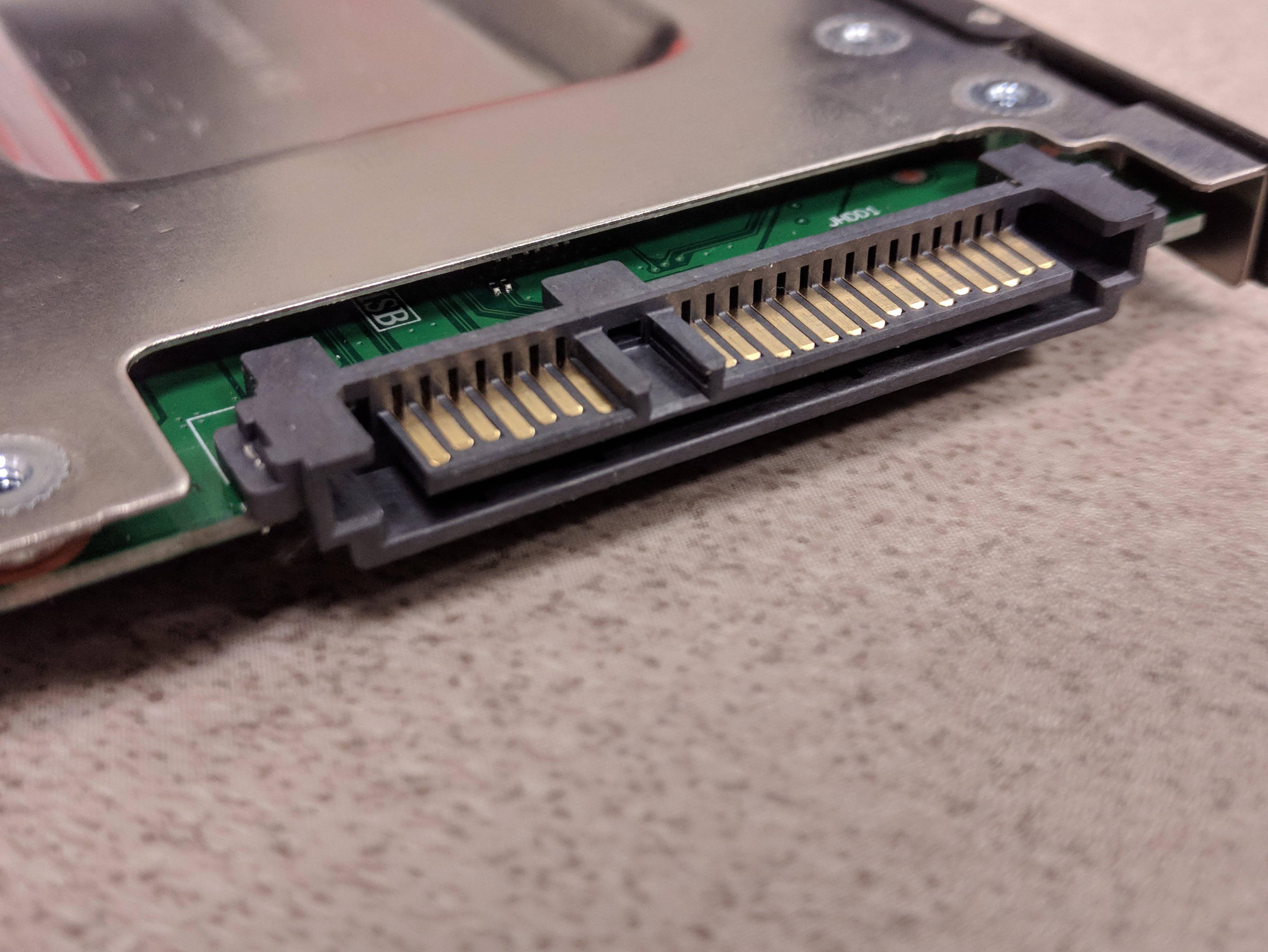 What's this called, so I can get an adapter for it?

Note the pins on both sides.

As requested, here are pictures of the drive enclosure and M.2 drive. 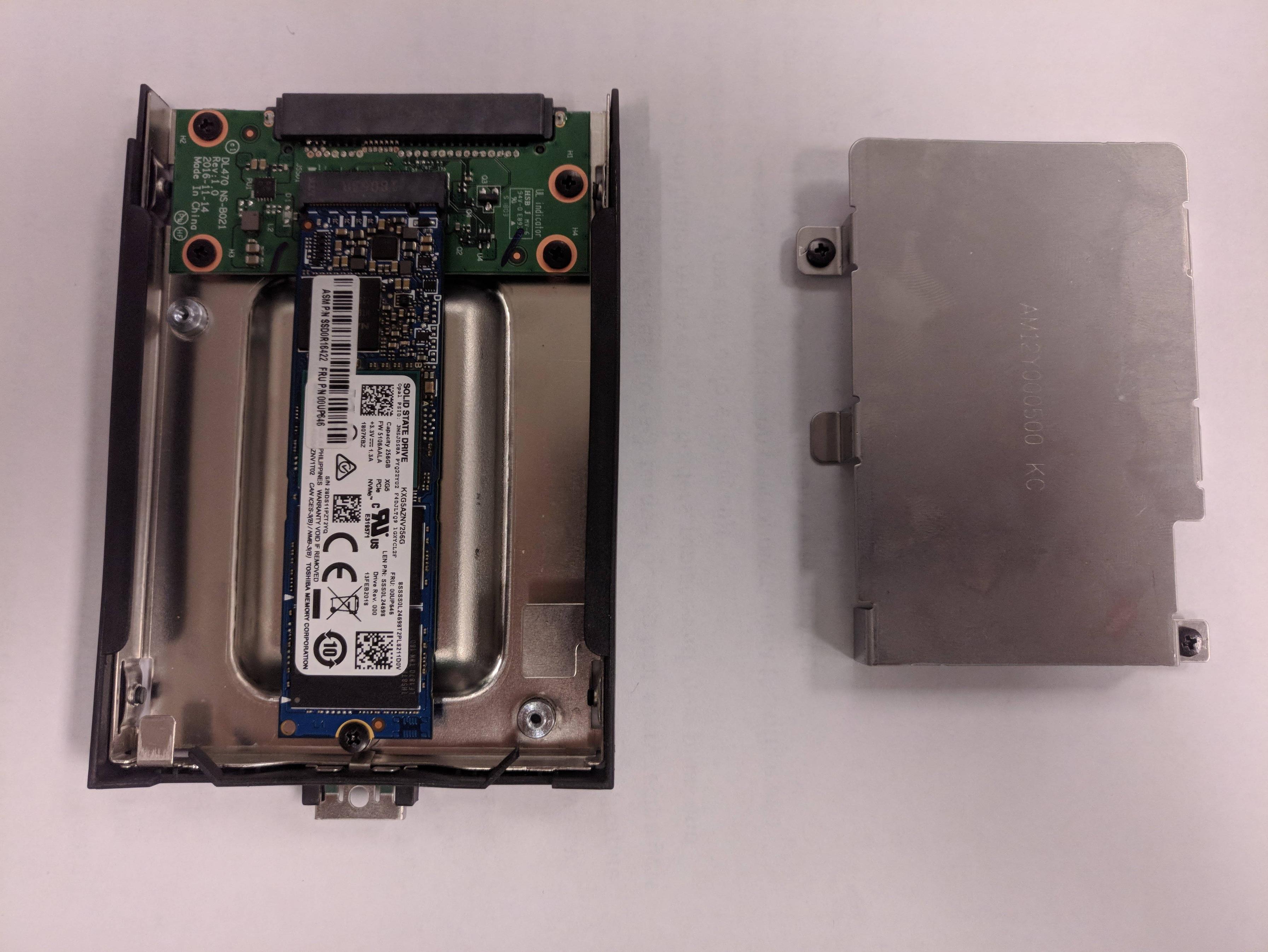 Bonus points: female connector on the computer side. Note the three pins on the right side as well. Also visible in the straight-on picture of the drive.

This is a "SATA Express" connector, something which never got much interest due to M.2 and U.2 appearing on the scene. U.2 and SATA Express are mechanically compatible, but have different pin layouts.

It is similar to the SAS SFF-8482 connector (same pin layout), but has an extra mechanical feature - the notch in the center block.

This document goes some way to identifying and explaining the differences (see page 48): http://www.ssdformfactor.org/docs/SSD_Form_Factor_Version1_a.pdf 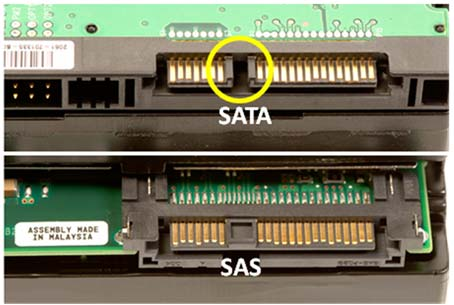 If you could share a photo of the sled and the M.2 drive you mentioned (or its part number), then it would help to avoid speculation...

This SATA Express connector provides the 2x lanes of PCIe for the NVMe drive. So you'd probably be better off taking the NVMe drive off the sled, and connecting it to a more readily available M.2 socket.

Do not try to adapt this to SATA - if you don't have a PC with SATA Express, take the NVMe drive off and use an alternative adapter. Be aware that most (all?) USB to M.2 adapters will only support SATA M.2 drives, which yours isn't. You may need to get a PC with M.2, or a full-size PCIe to M.2 adapter.

edit: Thanks for the pictures. This is indeed a PCIe NVMe drive: Toshiba XG5 series (KXG5AZNV256G). Interestingly, this drive is capable of exceeding the PCIe 3.0 2x lane interface that it's connected via. Also note that this is a "Self Encrypting Device" (SED) - I can't comment on your ability to read this from a motherboard other than the original, see here for more info.

Not the answer you're looking for? Browse other questions tagged hard-drive sata connection or ask your own question.

1
WD Black 2.5 sata drive slow on windows 8. Sector size is 4k. What gives? 40MBps write
2
Hard drive (SATA) making trouble when connecting via USB
1
HP ProLiant DL180 Gen9 20-pin drive power connector pinout
8
What kind of HDD connectors are this?
7
How do I connect a SAS3 drive to a SAS2-capable motherboard that only has SATA-style ports?
19
Soldering a SATA-Data cable to a HDD
1
Is it possible to connect a 3.5“ SATA drive to a 2.5” connector?
0
What terms are used to classify SATA headers?