I'm on Windows 10 using Python 3.6, and I notice that whenever I double click on a Python file (for example, from File Explorer): 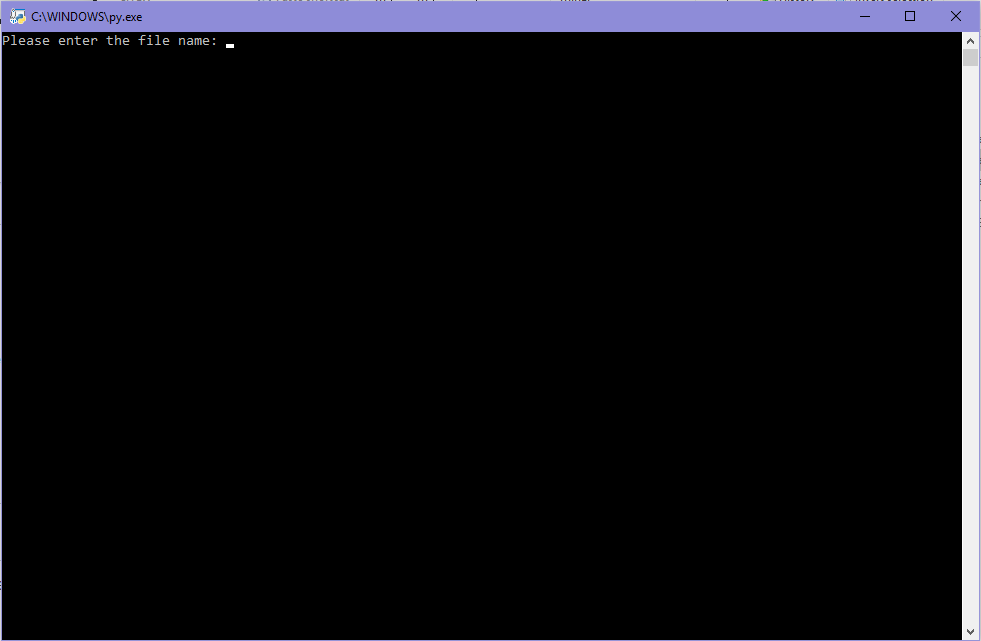 It runs inside a command prompt window! I would prefer if it were to open up inside a PowerShell window instead. I stumbled across this answer here: Run Python scripts in PowerShell directly But it seems that the .py extension is already added to that environment variable in my case and it still opens up in cmd. So I'm not sure what to do.

Is there any way to change this?

I guess, by "run in PowerShell", you mean the PS-style blue background. This cannot be easily done unless you open up a PS first and run Python inside it (though it's possible).

You can do this by wrapping the Phthon interpreter up with a batch file:

Then edit the registry to run py scripts with mywrapper.bat %1

I think you can do this using subprocess module

Not the answer you're looking for? Browse other questions tagged windows windows-10 powershell python cmd.exe or ask your own question.