I have an HP Pavilion laptop running Windows 10. After installing the latest updates to Windows on my computer, I'm seeing this error immediately after I log in: 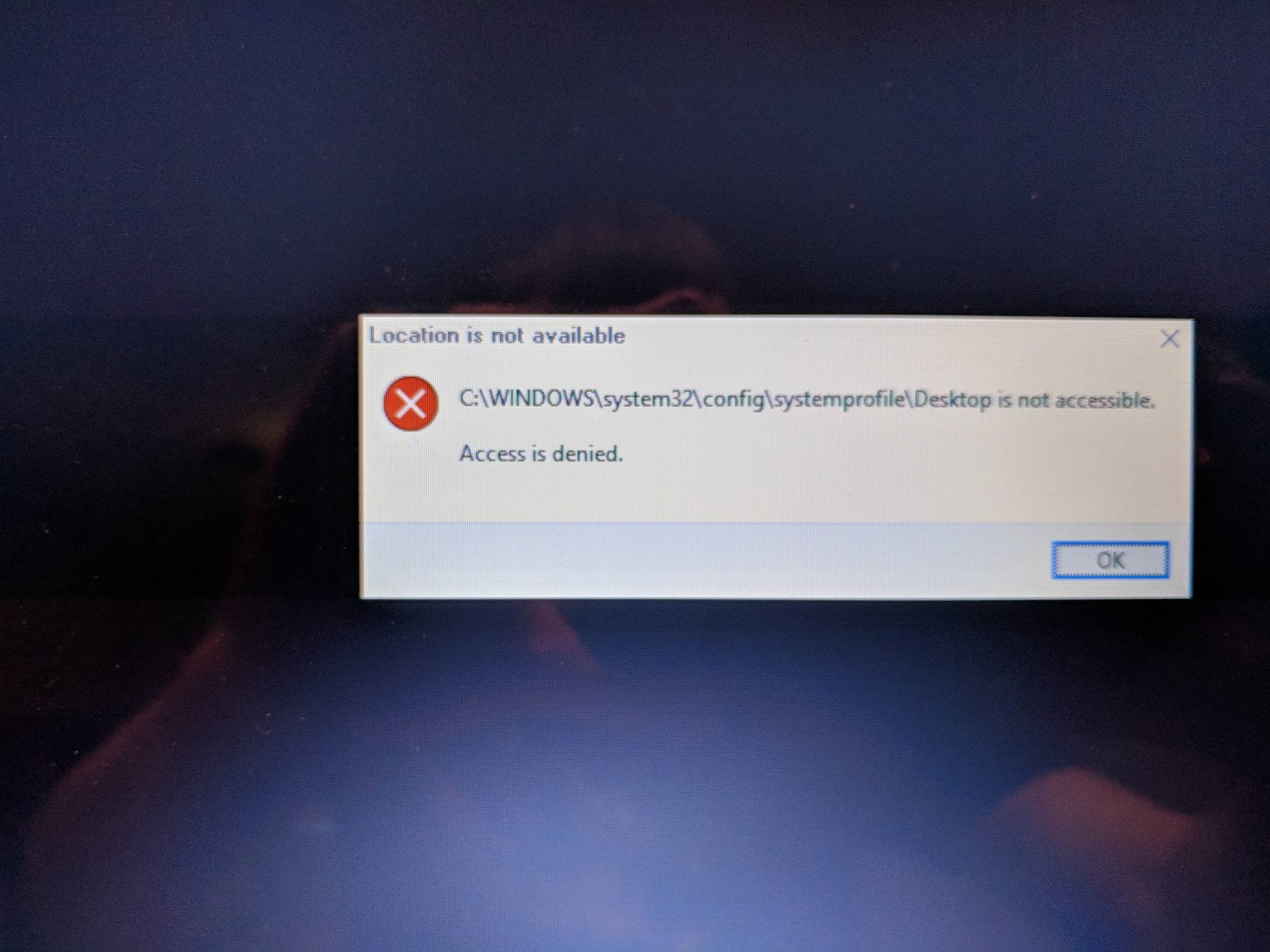 In addition, my desktop doesn't show a background and nothing appears on the desktop or in the tray at the bottom. Strangely, the Start button doesn't do anything, either.

When I try to open Windows Explorer, I get an error that says:

An attempt was made to reference a token that does not exist. 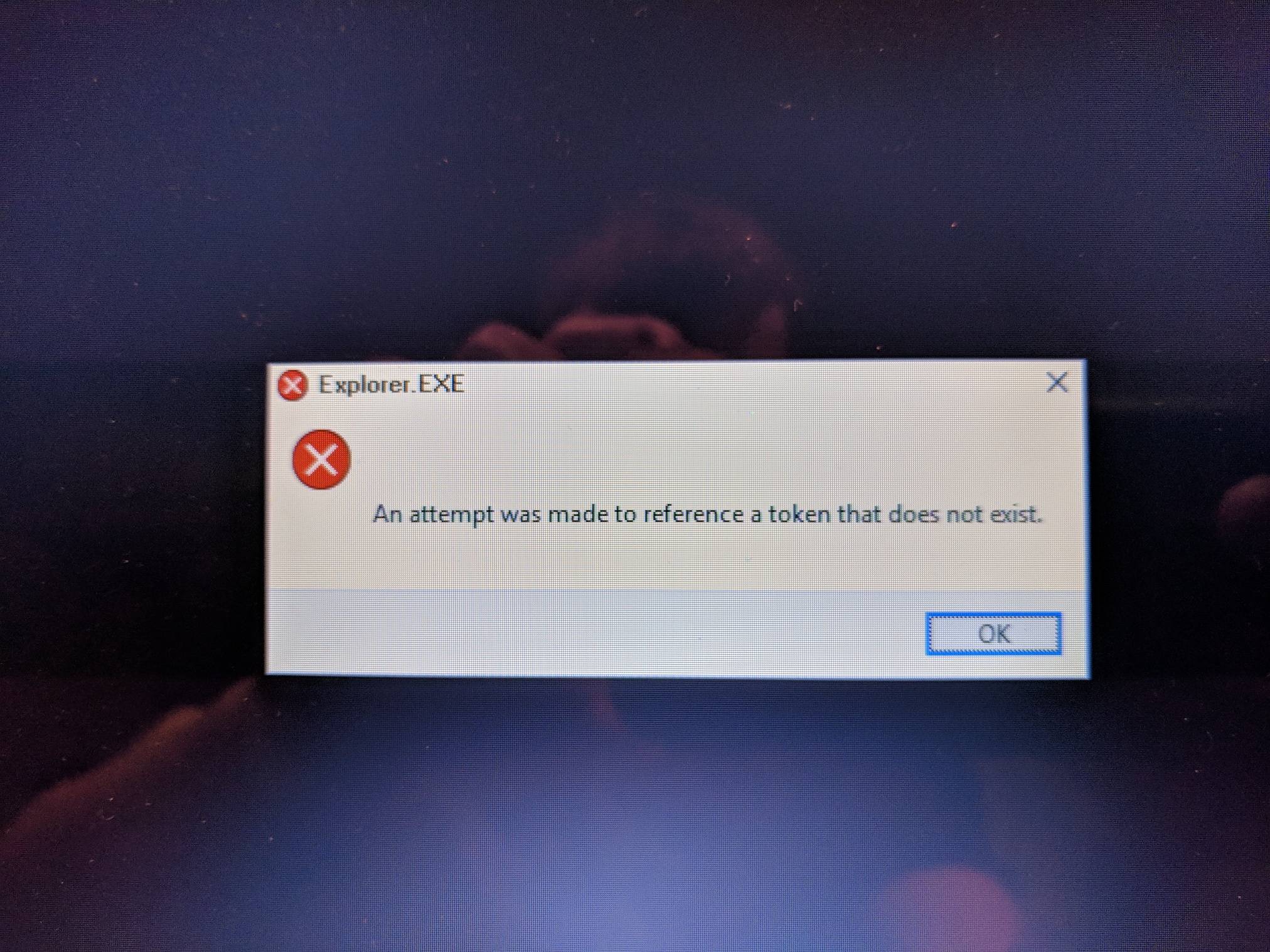 Delete extend .bak in the end of folder name

And the last, go to State from that account, change the base to "decimal" and change the value to 256

Not the answer you're looking for? Browse other questions tagged windows-10 windows-update updates or ask your own question.

6
How To Cancel Pending Windows 7 Updates
0
Windows 8 boot failure, crashed after update
1
Windows 7 Critical Update
0
Windows 8.1 failing to install updates and unable to install Windows 10 (not sure if related)
0
Internet Not Accessible To Windows 10's Universal Apps
3
Windows 10 thinks it's up to date, but it's not
0
How to view all of Windows 10 updates?
1
Unable to boot Win10 after 1903 update