“Too Many Arguments” error in IF function

I was trying to formulate an automated indicator for the lot size of commodities, so I drafted this IF function but it gives an error saying "too many arguments". How can I overcome this hindrance?

You are missing (E2 in the COPPERM part (which then requires an extra closing )). That's what's causing the error.

The CRUDEOIL part is also missing the check against E2, which I have fixed:

As recommended by a few users, here's a simple example of how to use VLOOKUP() to do the same thing as your formula: 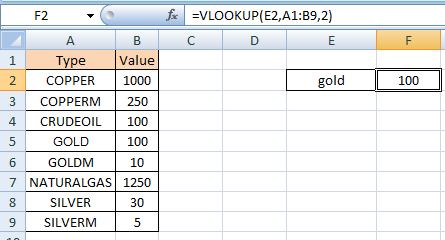