Did IBM ever had an official name of the Home/End/PgUp/PgDn/Insert/Del area above the arrow keys?

I tried searching online but I could only find names for all of the other groups of keys. Referencing this picture, all of the groups are labeled. The three keys above the group in question are actually known as "special function" keys but the area I'm interested in is shown as "other keys".

Keyboards for Mac, Android, and those for international layouts have additional keys which are generally referred to individually and do not exist in a dedicated or otherwise isolated group. Some keyboards have various alternative (usually custom) layouts which include "multimedia key" group(s) as well.

My question is, did IBM ever have a name for this group of keys with its original introduction? As they are contained in a group, I would imagine that it might have had a specific name. Maybe there is some international standard defined similar to the Model M layout which can provide an answer?

I would also be interested in any other terminology for groups of keys common to other layouts. Note that I am not interested in a comprehensive list of individual keys or specific symbol names.

A different question but on a similar tangent:

I for those who work in a text editor daily or are word processing aficionados, I have a question over at Stack Overflow on typing in the absence of these keys: How to navigate code on a keyboard with no Home/End keys and no Fn key?

For historical discussion, opinions, and personal use cases:

I've started a discussion about a noticeable absence of these keys on modern laptops and compact desktop keysboards on the VOGONS discussion forum. I would love to hear what other people have to say on the subject: http://www.vogons.org/viewtopic.php?f=5&t=60868 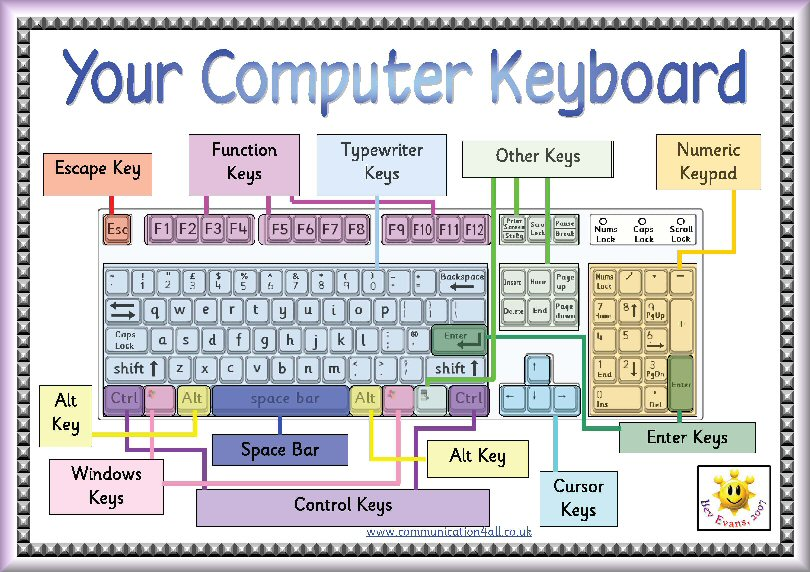 IBM doesn't seem to have gone out of their way to label these groupings, but they do feature designations for them in an ad they ran when the Model M was released - the model which first featured the standard US layout with the aforementioned distinctive grouping. You can observe this set of 9 keys being described(10 if you include the menu key between ctrl and alt, although this key was introduced later with the Unicomp Ultra Classic) as "Screen Control Keys" and "Function Control Keys": 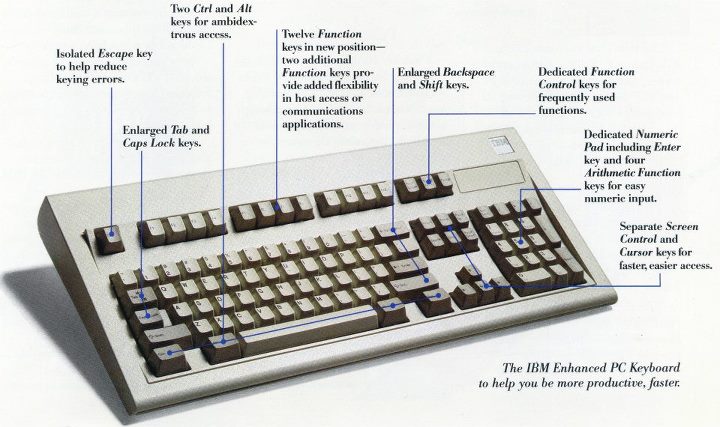 If we update your image to roughly reflect this designation: 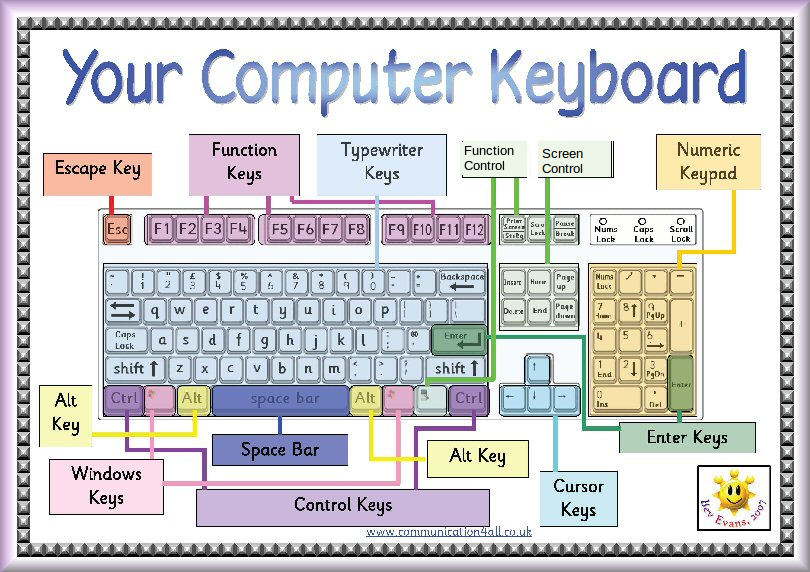 It looks like the navigation, screen control, and cursor keys were meant to be grouped as a column that one might generally think of as the Navigation and Cursor Control section. Functionally speaking, cursor control can be argued to comprise the arrow keys and the six "middle" keys. IBM's ad makes clear the separation of cursor and screen control keys and this seems to have been the result of focus-group feedback at IBM at the time of the Model M's designing.

It's important to keep in mind that up until this point in the emerging personal computer industry, IBM keyboard designs were done "quickly, expeditiously — not the product of a lot of focus group activity," according to David Bradley(a member of the task force at IBM designing the Model M), referring to a previous IBM model. Thus, said task force set out to marry the conventions of the industry at the time(notably the previous IBM models) with a layout conducive to usability, comfort, and ergonomics.

Nevertheless, it's safe to say that PC makers were still experimenting with their keyboard releases a lot in order to find the one, i.e. one that would go on to see huge market adoption. Many risks were taken and new sections to the layout added and removed with each generation. This grouping of keys wasn't the Standard US Layout the day it was released.

You can read more at:

Not the answer you're looking for? Browse other questions tagged keyboard keyboard-shortcuts keyboard-layout or ask your own question.

2
How to remap keyboard function keys to be reached directly?
1
Smartphone-style keyboard on Windows?
0
QWERTY keyboard layouts with French characters?
3
~ ` keys not working - fedora cinnamon macbook
1
How to lock the arrow keys to the alternative function of Home/End/PgUp/PgDown keys on Dell XPS 15?
0
How can I set keys for PgUp, PgDn, Home, End, and Delete on linux?