I was watching a video on my Acer Aspire laptop when I accidentally hit it on the left side of screen with my leg, the hit was very minor. But just after the hit the video stuck and started giving a weird sound. I held the power button and switched off the laptop. When I tried to power it on again it would only give a black screen, not even the Acer logo appears. After repeated power on and off it shows the logo sometimes and gets stuck on that logo screen, while sometimes it does not show anything. Once it showed the Checksum error screen whose image you can see here: 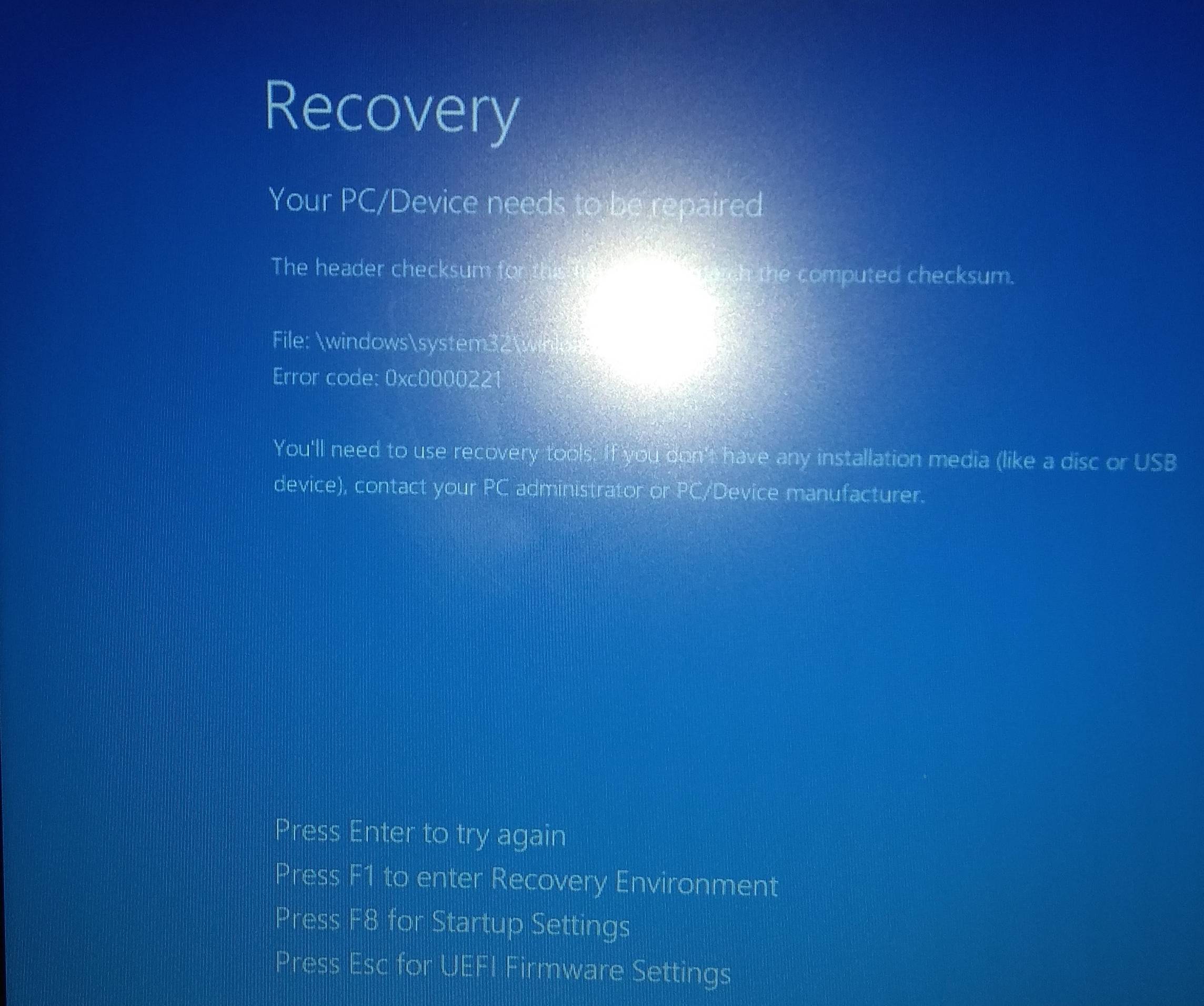