So, I want to create a batch file for my Minecraft Server to startup and then restart the server at the end of each day (midnight, preferably, but 24-hour period works as well)

This is my startup batch, which calls other batch files to open and start the servers individually:

And each "Startup.bat" calls to run the server like this:

So, my questions are:

So, to clarify how the Minecraft server works, I'm adding this edit.

I've included a two part batch script solution. The first part will require setting a title that matches the app name string so the running app commands contain this meta data. The second part will use a combination of appactivate to active the command windows with the app name titles, and sendkeys to emulate the keyboard strokes to close and restart the apps.

Note: You simply add a new line of title "<appname>" in the same batch script you currently use but on the line above the java -jar ~ commands you run. You will obviously need to replace the <appname> value to be the name of the app you need to stop, etc.

2. Batch Script (stop app and then restart it)

Notes: You will want to set the AppName= value to be the same value and case as you use for each script where you set the title. The StopApp= value should be set to the value which you use that is typed in to stop the correlated app e.g. end, stop, etc.

You can use Task Scheduler to create a new task. From the General tab, give job an applicable name, and then be sure to check both the Run only when user is logged on and Run with highest privileges options. 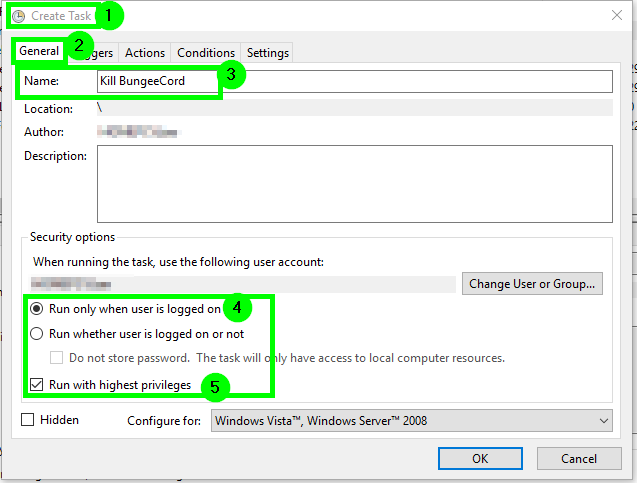 From the Triggers tab select New options to create a new trigger. Then be sure Begin this task field is set to On a schedule and the Settings options are set as One time with the Start field values being the the date it'll be at midnight where you are now (e.g. 7/12/2018) and the time value being set as 12:00:00 AM to ensure it'll run at that specific time. Now down in the Advanced settings section, you want to ensure the Repeat task every is at a 24 hour value (type it in manually if needed) and the for a duration of is set to an indefinitely value and this will ensure it's kicked off every night at 12 midnight. 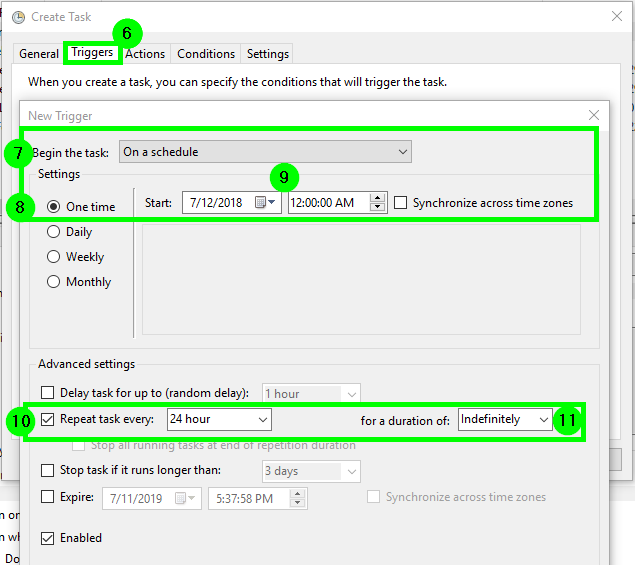 From the Actions tab, select the New option to create a new action. Then in the New Action window be sure the Action field is set to Start a program and the Program/script field has the full path to the script you need to run, and the Start in field has the folder path only which the script reside that will run. Press OK and OK again and everything should be automated now. 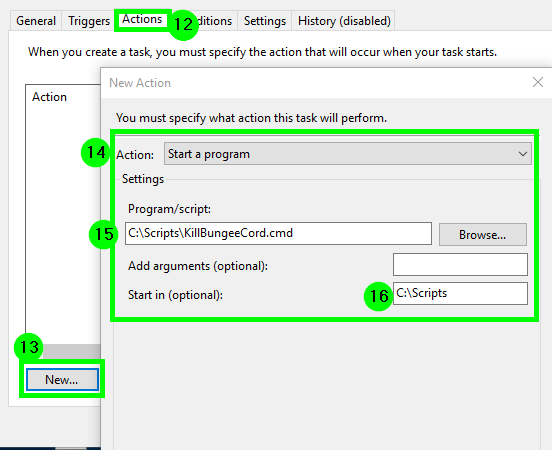