How can I make Finder always show the Side Bar when mounting a volume?

In OS X 10.6, Finder usually looks something like this: 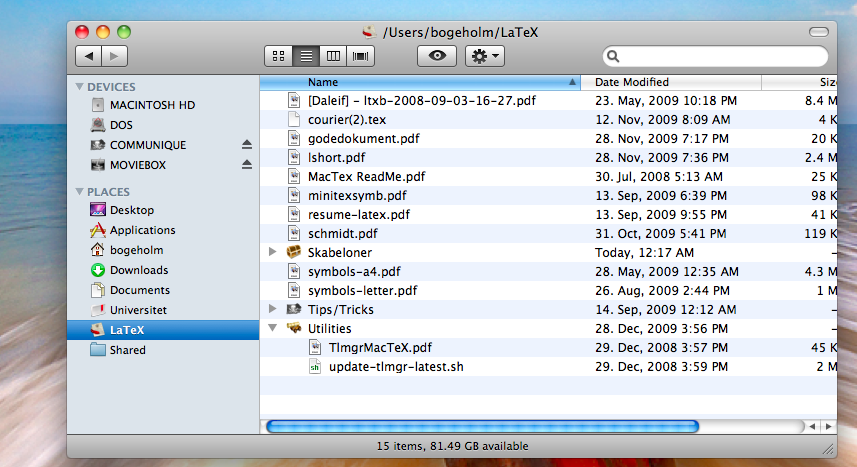 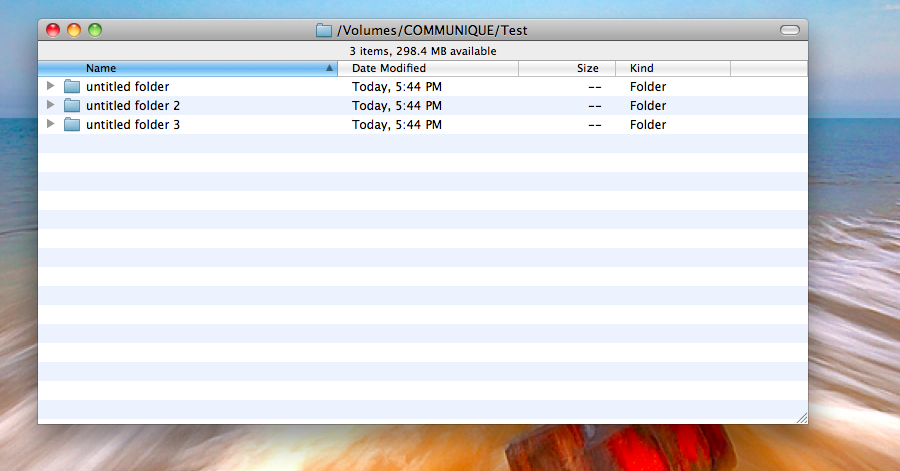 Is there any way to default to the first view option for all types of folders? I tried view options in Finder, but it didn't seem to work.

Your truecrypt volume is not formatted as JHFS+ (and it won't be). I usually format my tc volumes at fat 32. The easiest work around is to select the truecrypt icon from the left hand side of a finder window that is already open.

Even if you get preferences set for the session that the volume is mounted you will start with the simple finder style folder the next time you mount the volume and double click on it from the desktop.

I'm not sure if you can set this to default, but to make it look like the first, click the small, pill-shaped button in the top right corner. Hope this helps!

Based on "Explaining the Finder's view options and toolbar visibility", you're expecting the right behavior and the state of the window should be saved in .DS_Store -- at least as the Finder worked in 2003.

My guess is that TrueCrypt is getting in the way here -- maybe for a good reason.

The above article says that the .DS_Store file "is written when the volume containing the directory is ejected". It's possible Finder tries to write the volume after TrueCrypt has closed the encryption channel. If this is the case, then the fix would be for the TrueCrypt developers to fix this (or, if you have the OS X development skills, do it yourself and contribute the change back to the community).

(Update to the latest TrueCrypt version if you've aren't already there.)

Another possibility is that TrueCrypt is deliberately not allowing this change to save to enhance its plausible deniability. Finder may be writing something about this volume to its preferences. If TrueCrypt were to allow this to happen normally, then this trace information wouldn't allow TrueCrypt users to plausibly deny that they haven't used encryption software.

Delete the hidden .DS_Store file in that folder

Try plugging in the drive then go to Finder preferences at

then open the com.apple.finder.plist file. Search down this for a configuration drop down list for the drive. Click "WindowState" and there should be a tick box for "ShowSideBar" tick this and it should work hopefully

Just like Mr. Man said, the button in the top right corner of the finder will expand your finder to the normal view. If you want to to set defaults for a certain view, right click /cmd click anywhere inside the finder window and you should see an option - view options or cmd +J, both work.

update: Actually - try expanding your finder to show the default layout, as mentioned above, then close and re-open....if im correct, it should re-open in standard view.( could be wrong, @ work on a linux machine, so i cannot replicate it.) 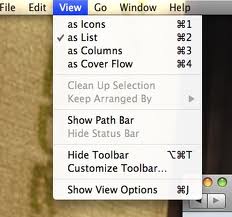 Not the answer you're looking for? Browse other questions tagged macos osx-snow-leopard finder or ask your own question.

2
Can I open a folder in the current Finder window, rather than getting a new window for each folder?

2
Weird Finder behavior under OS X Leopard
0
How to Change the Arrangement of Icons in Mac OS X?
4
Setting a single folder's view options vs. setting the default view options for all folders in Mac OS X 10.6
3
How to open a TrueCrypt volume quickly on a Mac?
7
How can I sort a folder in OS X Lion without having to group files as done with “Arrange By”?
0
How to automatically mount 3 TrueCrypt volumes on OSX after login
0
TrueCrypt encrypted volume became mountable?
0
first Finder window opens .ssh folder instead of default configured folder