How much RAM does the Aero theme use?

I'm using Windows 7 Ultimate and need to free up some RAM and video RAM for some graphics intensive software.

How much RAM will I free up by disabling the Aero theme?

We can see the size of RAM it occupies as below: 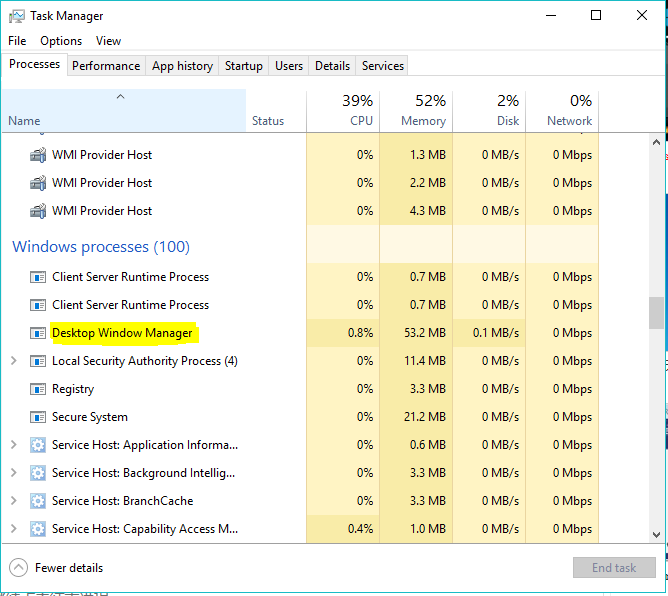 This is probably a swings and roundabouts situation.

Graphics accelerated Aero will be using some RAM for graphics assets such as icons and window textures and primitives, but a large amount of the final windows that you see will be constructed completely by the GPU using smaller common parts stitched together. A lot of the processing to construct the window will also be offloaded to the GPU, freeing up the CPU for other tasks.

If you turn off Aero you are also turning off the GPU accelerated features, granted some of these features such as transparency might actually be using more RAM than would be used otherwise but the difference would not be particularly huge.

What the graphics acceleration means is that in theory if you have a graphics card with dedicated RAM then you might actually be using less system RAM by leaving Aero enabled.

On a system with integrated graphics then all the assets will also be using system RAM, which might mean that disabling the effects could save some memory, but it would also shift graphics processing from the faster GPU to the CPU. This could actually make things slower in general as the compositing of windows could mean several passes of CPU code copying from memory where the GPU might only make one pass.

You could be trading a small amount of extra memory for an overall less responsive system.

Not the answer you're looking for? Browse other questions tagged windows-7 memory vram or ask your own question.