It seems like I'm missing something about GPU throttling. I thought that it is a low-level mechanism of the GPU itself which lowers the frequency when the GPU is running too hot.

However, I've faced another type of throttling I've never heard about while using my laptop (Dell XPS 9560, Windows 10). When I do something GPU intensive for a long period of time and monitor my GPU, I can see that it starts at full clock speed and 100% GPU is being used. After some time the "throttling" starts: GPU still runs full clock speed, but GPU usage drops to 30-50%. After that GPU usage starts jumping from 30-50 to 100 and back frequently.

I cannot find any direct correlation between GPU temp and that "throttling", but I've run all kinds of tests and I'm sure it's related to overheating (the first period of 100% usage after not using the laptop for a while and letting it cool is noticeably longer, and using a cooling pad makes these drops noticeably less frequent). Also, I cannot reproduce that on Linux (Ubuntu 16.04). So, my hypothesis is that it is some Windows-level restriction to prevent the laptop from running uncomfortably hot even though GPU temp itself is ok.

It could be that the temperatures of another nearby component (or even the CPU) are causing your system to throttle globally.

A problem with the design of laptops is that they often share a heatpipe between the GPU and CPU before going to the single cooling fan in the system. What this can mean is that operating one of the two could heat up the other and cause you to hit a thermal limit that way.

As a result it is entirely possible for a GPU to cause a CPU to overheat, even though the CPU could be minimally used, and for the CPU to then enter a throttling mode that starves the GPU of work.

Once this starts you'd end up in a vicious circle of GPU heating the CPU up, the CPU overheating causing it to throttle, starving the GPU of work letting the system cool below the throttling threshold allowing the CPU to throw more work at the GPU which then causes the CPU to overheat again.

An example of a laptop cooling system done right, with separate cooling for CPU and GPU: 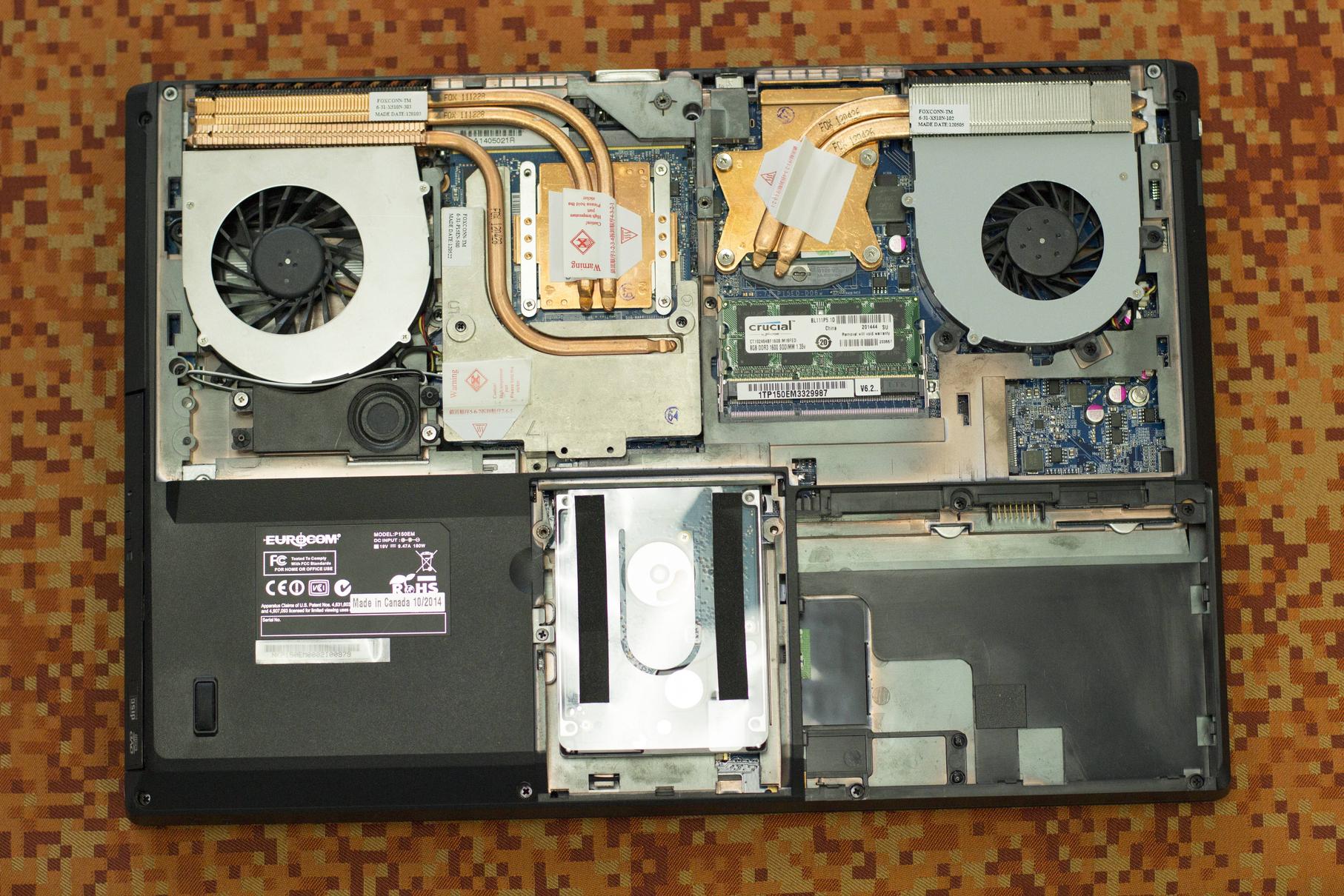 How not to do it: 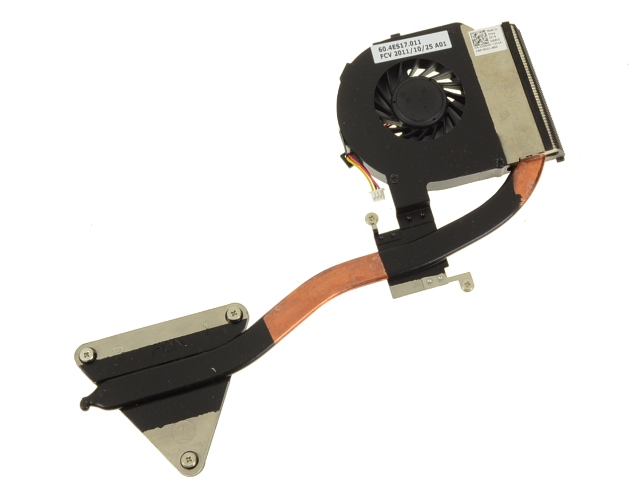 Note the two heatsinks clamped to the heatpipe. This might be okay if the smaller part is never expected to get hot, but under operation it could actually prevent heat from being able to leave the larger heatsink area. It is BAD.

More modern systems don't tend to use this bad design, especially as more and more work is offloaded to the GPU and we expect good performance out of both parts, but it depends on the laptop you got.

Of course if you are using integrated graphics that is on the same package as the CPU then there is another problem of heat being generated right next to your CPU.

At the very least it might be worth dismantling your laptop and checking that the cooling assembly is not full of dust and the fan is operating correctly. Replacing thermal paste can help as well.

Not the answer you're looking for? Browse other questions tagged windows laptop graphics-card gpu throttling or ask your own question.