How can I import audio sequentially in Audacity?

I am currently work on a large recording project. It consists of various telephone recordings that I then narrate in separate files.

Each recording and corresponding narrated it saved in a separate file for ease of editing. The first file is 001_name, the second is 002_name, and so on.

The idea is, when I am done, I can simply import all the files in numerical order and then export one large file. This is much more manageable than trying to do this huge recording project in one single Audacity file which would be incredibly complex.

I thought I could combine them by going to Open → selecting files. That opened each in a separate window. I then tried importing the files: 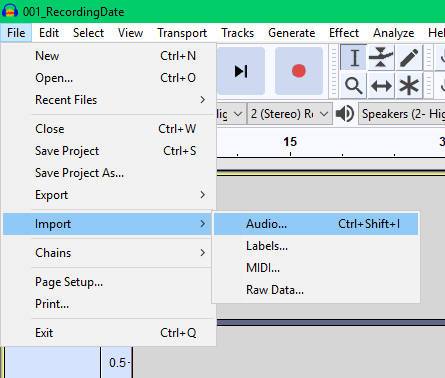 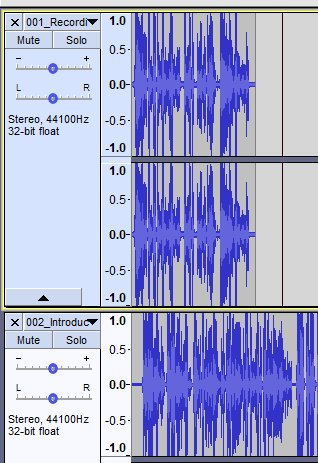 What I would like is for them to import one after the other in the same track, joined end to end. The spacing between files is already taken into account in each file itself. So I would like something like this, without anything in the 2nd track at all: 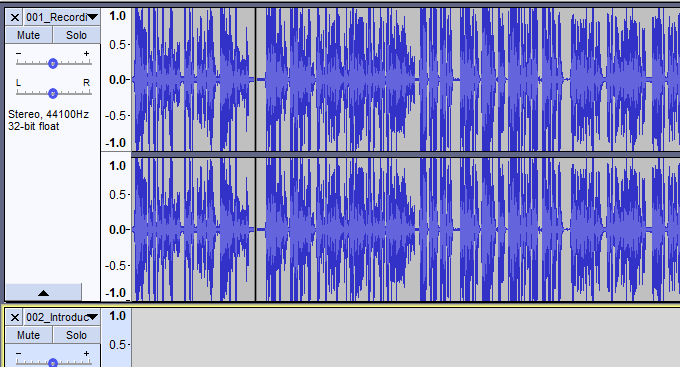 There does not seem to be an easy way to do this. I've looked online and not been able to find anything. Even clicking at the end of the the selection and importing puts an import in a separate track.

The only way to fix this is to manually cut and paste each track to the very first one, one after the other. This is not an option for me. I am going to have hundreds of files by the end of this project, and I don't have 4 hours to waste doing this manually. Furthermore, if I listen to the result and find something needs tweaking, and I modify an individual file, then I would have to do the whole process all over again. This is unacceptable.

How can I force Audacity to import files to the same track instead of a new one?

As it happens, I found a hacked-together solution from Audacity themselves:

You would think there would be an option to do all this in one step but there is not. The only downside is that all files are imported to separate tracks and then combined in order later. While resource-intensive, this is not labor-intensive, so it works for my purposes since the result is exactly the same.

Not the answer you're looking for? Browse other questions tagged audacity or ask your own question.

2
How to record multitrack in Audacity?
1
Seeking automated toolchain for WAV cleanup and conversion to MP3 (currently using Audacity manually)
11
How do I automatically split an audio file where a tone occurs?
3
Is it possible to run two separate instances (copies, versions) of Audacity?
1
Using Audacity to find and eliminate spikes
0
Improve audio recording volume using Audacity
0
Is it possible to get a “track length list” from Audacity?
0
How to import .3gpp to audacity?
1
Converting AC3 audio to AAC in Audacity