There is a couple of guides out there on how to get GUI applications running in Linux Subsystem for Windows (WSL).

I tried to follow a handful of them, but each of them had something in common: Both Linux native Github Atom and Linux native Visual Studio Code refused to open.

In my last approach, following this overly simple guide, I don't get any error messages. Running atom or code just doesn't do anything and instantly returns.

To put that into perspective, running gvim works without a problem: 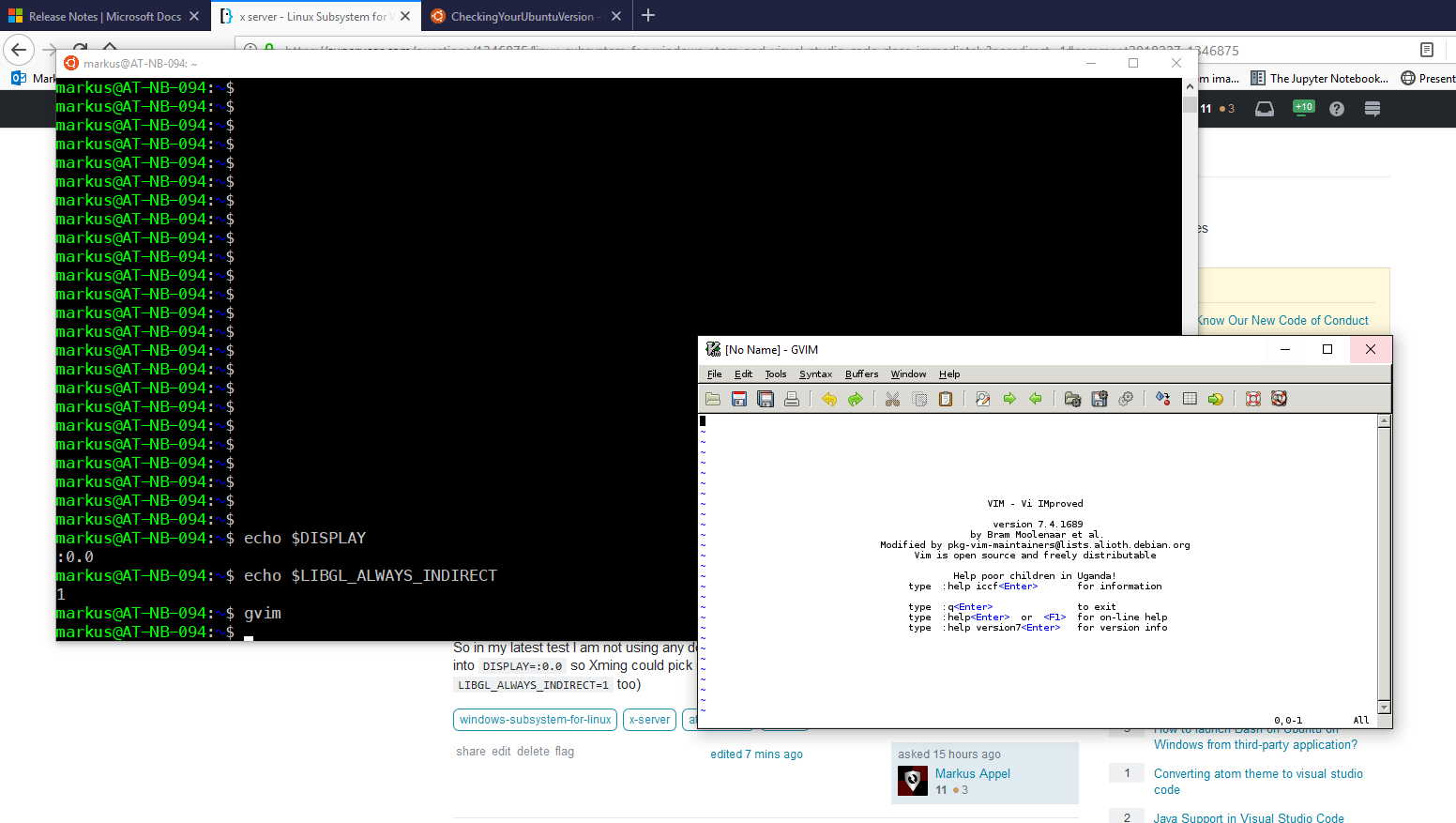 What could be the issue here?

This could be resolved when running sudo apt remove --purge libpulse0 but xfce4 depends on it.

Or one could use Windows 10 build 17627 which was never released as far as I can tell.

So in my latest test I am not using any desktop environment, but instead start the applications directly into DISPLAY=:0.0 so Xming could pick it up, which it does for gvim. (I am using LIBGL_ALWAYS_INDIRECT=1 too)

I tried 18.04, using latest Atom release and both with and without xfce4. Neither was successful.