Does Docker still use VirtualBox on macOS (10.13) High Sierra?

I am using Docker CE v18.06.0-ce-mac70 (26399). Does it still need VirtualBox to run containers? Would Docker still run if I uninstall my VirtualBox? 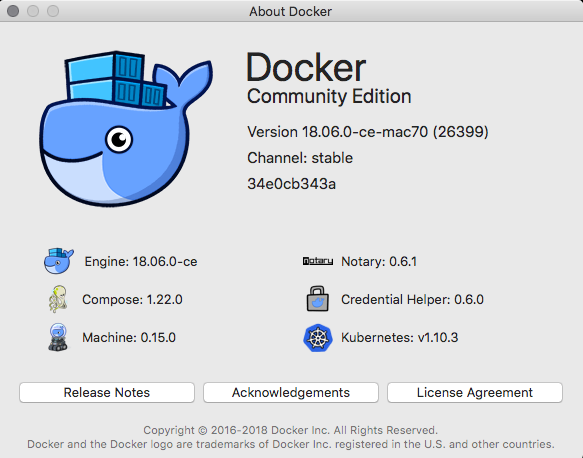 Good question. Seems confusing based on the documentation which states:

Docker for Mac uses HyperKit, a lightweight macOS virtualization solution built on top of the Hypervisor.framework.

Currently, there is no docker-machine create driver for HyperKit, so use the virtualbox driver to create local machines. (See the Docker Machine driver for Oracle VirtualBox.) You can run both HyperKit and Oracle VirtualBox on the same system. To learn more, see Docker for Mac vs. Docker Toolbox.

My personal best advice is if you don’t want VirtualBox around, just ditch it for now and do as you wish with Docker CE. And if/when you hit some command wall—such as the docker-machine create item mentioned above—then just install VirtualBox and accept that as the “price of admission” for using Docker on macOS.

Here's a quick update on the issue: According to the official documentation on https://docs.docker.com/docker-for-mac/docker-toolbox/:

Docker Desktop for Mac uses HyperKit instead of Virtual Box. Hyperkit is a lightweight macOS virtualization solution built on top of Hypervisor.framework in macOS 10.10 Yosemite and higher.

It comes with a major limitation though:

Also note that Docker Desktop for Mac can’t route traffic to containers, so you can’t directly access an exposed port on a running container from the hosting machine.

So while Hyperkit is the closest thing to native virtualisation on macOS and might cause less overhead than VirtualBox based docker environments, it also lacks the capabilities to expose your containers on the network.

Personally, I don't think this is a huge deal since few people run mac based servers and when they do, a graphical user interface shouldn't be the show stopper. Docker Toolbox still uses Virtualbox and will provide a command line interface to run whatever you need on the network.

Not the answer you're looking for? Browse other questions tagged macos virtualbox docker or ask your own question.

4
Getting Mac Docker client to connect to virtualbox via vagrant
9
What is the difference between Docker and VirtualBox?
4
Snapshot a running Docker-Machine on VirtualBox?
2
How to use docker as well as VM Virtualbox (Hyper-V issue)
7
VirtualBox no longer works after uninstalling Docker on Windows 10
1
Does Docker virtualization improve stability?
1
how to use virtualbox inside docker
3
Is it possible to attach Docker containers inside Ubuntu Virtualbox to phyical network via macvlan?
0
Is it possible to have docker running inside of virtualbox on OSX host?