What is causing these two apparently identical files to have different hashes?

I am unable to figure out why the following two files are yielding different hashes (SHA1, CRC32, SHA384, whatever):

I tried several diff utilities so far but all of them claim the files are identical.

I downloaded both files and checked them with Sublime Text 3 and Visual Studio Code, both seem to be UTF-8, CRLF, but as soon as I open the first and hit Ctrl+S on it (without changing anything!) its hash changes to be the same as the second one.

What is happening here?

EDIT to clarify: I want to know what is different between the files. I know it is something with whitespace characters or line endings, but what? Which line? Where? Which character?

Tool used to spot the issue is WinMerge.

Look in a hex editor: one file uses 0x0a (LF) to mark end of line, the other uses 0x0d0a (CR/LF). Use a tool such as Notepad++ to change files to the same newline convention, if you must. 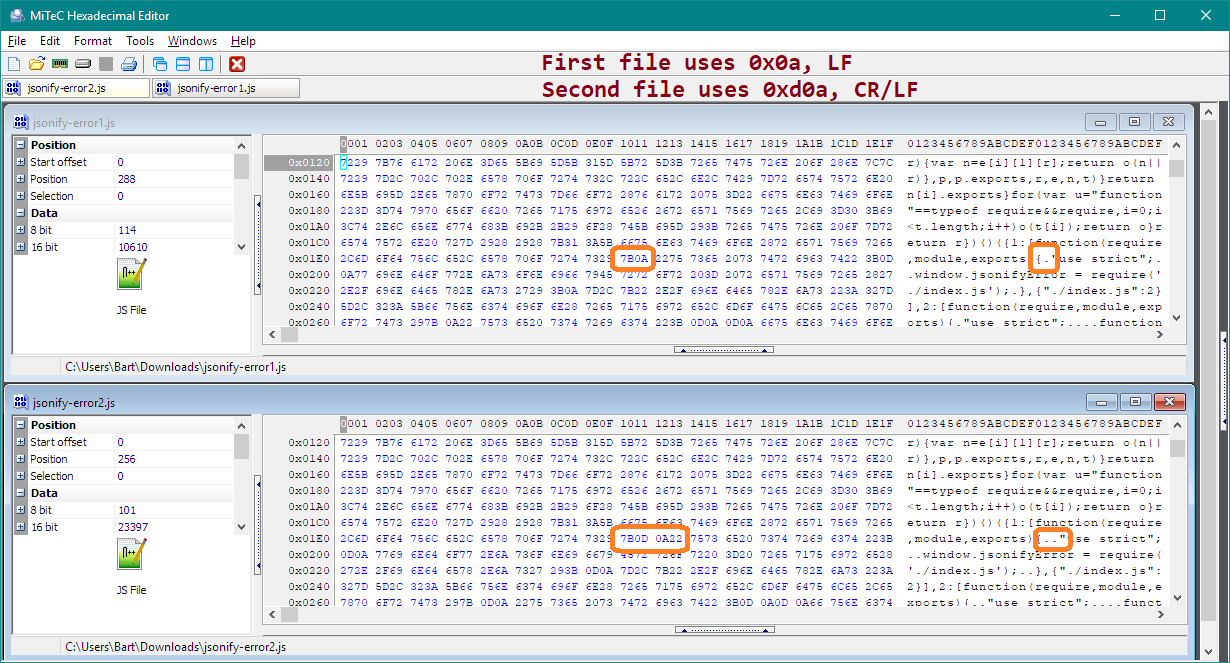 Not the answer you're looking for? Browse other questions tagged encoding character-encoding diff hashing or ask your own question.