I'm trying to get in the BIOS menu of my HP ProDesk 490 G3 MT Business PC. Unfortunately, the monitor remains black until the login screen of Windows appears no matter what I try..

I've tried three different monitors, so the issue is definitely in the PC.

I've tried holding and repeating the following buttons on startup: F2; F10; F12. I have the feeling one or multiple of these buttons indeed will get me into the BIOS, because the screen remains black and I won't get the login screen anymore.

I've also tried disconnecting my SSD where Windows is installed on. I hoped it would then give an error like "Cannot find startup OS, do you want to go into the BIOS instead?", but unfortunately the screen remains black again without startup nor BIOS.

I've read somewhere the screen remaining black on startup and the startup being shorter might be due to something called Fast Boot. According to the HP manual, this is done by default for Windows 8.1+, although apparently it's also configured like this on my Windows 7 work PC in the past. I can't find anything on how to remove this Fast Boot option however..

So, how can I ensure my monitor is off sleep-mode during startup / BIOS?

We can try the following ways:

Before turning on the computer, press and hold F10. Turn on the computer and continue to hold F10 until the Computer Setup (F10) Utility is displayed.

Follow the Windows instructions for rebooting the computer into the Computer Setup (F10) Utility. 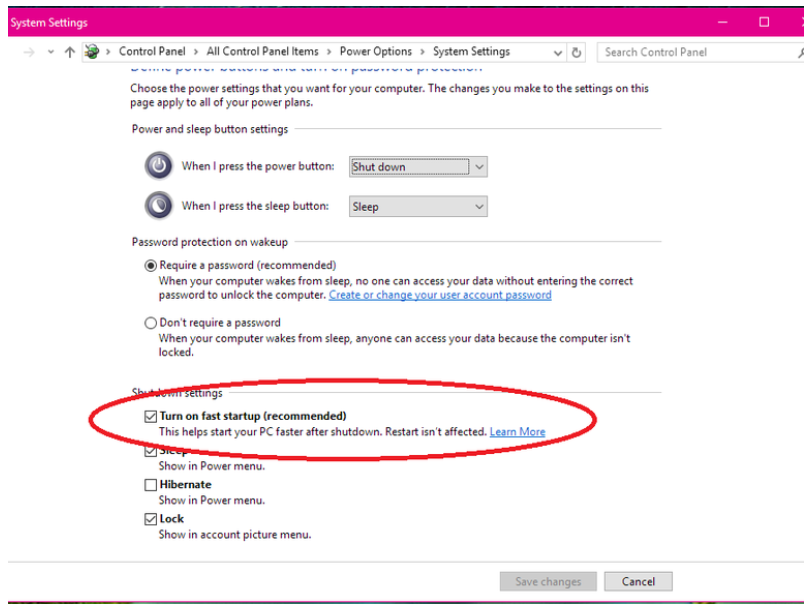