Do I need MAC addresses if I'm connecting Raspberry Pi Zeros together together on a subnet via a switch?

Do I need to give them all MAC addresses/will having MAC addresses speed up data transmission between them. Or is it fine to just stick with static IP addresses?

If you are networking in any way with common networking interfaces you have MAC addresses whether you know it or not but you shouldn’t really have to worry about them.

So, I understand your question but it’s still a bit confusing when you ask something like this:

…I'm wondering if that is adequate or if I also need to assign them each a MAC address (since Raspberry Pi Zeros don't come with a MAC address).

So this is what a Raspberry Pi Zero looks like: 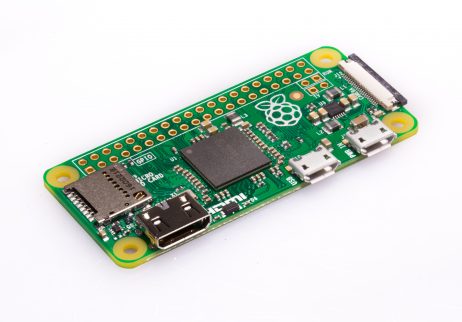 It obviously does not have any networking ports built in; I assume you mean Ethernet since you mention a Switch. So I assume you are using some kind of USB to Ethernet adapter?

That said, you ask:

Do I need to give them all MAC addresses/will having MAC addresses speed up data transmission between them. Or is it fine to just stick with static IP addresses?

You are mixing things up. For the most part, any common basic networking device of any kind—wired, wireless, etc…—will have a MAC address which is a media access control address. An IP address is the network address. You connect devices together via IP addresses, but MAC addresses are pretty much invisible to you as an end user and are only really used by networking equipment—like switches—to help manage traffic.

A MAC address is a hardware identification number that uniquely identifies each device on a network. The MAC address is manufactured into every network card.

Your Raspberry Pi has a MAC address built in from the factory if it has any kind of network card. You can't have a working IP address solution without having a MAC address layer under it. The MAC address is at layer 2 of the OSI model. TCP is at level four, TCP/IP depends and requires MAC to work.

Here is a way to find your MAC address on a Raspberry Pi:

Not the answer you're looking for? Browse other questions tagged networking raspberry-pi switch mac-address static-ip or ask your own question.

0
How can I assign a static IP to just one device on my home network?
0
Connecting Raspberry Pi to network through ethernet
0
Static IP using Bash vs Router Interface
2
How to configure a router with integrated switch to connect two different subnets?
0
Why isn't my forced MAC address change working (Raspberry Pi)?
1
Ethernet to unmanaged network switch not working