memtest86 doesn't seem to be testing all RAM memory

About a year ago I started getting application crashes and using memtest86 found one memory module had errors. This was one 2GB module in an 8GB configuration. It was under warranty so I got a replacement that I presume was the same. After that all seems OK operationally, and both memtest86 and Windows 7 report 8190M memory.

Since then memtest86 passes, but I noticed something strange about one 2GB memory block (the one that was replaced). 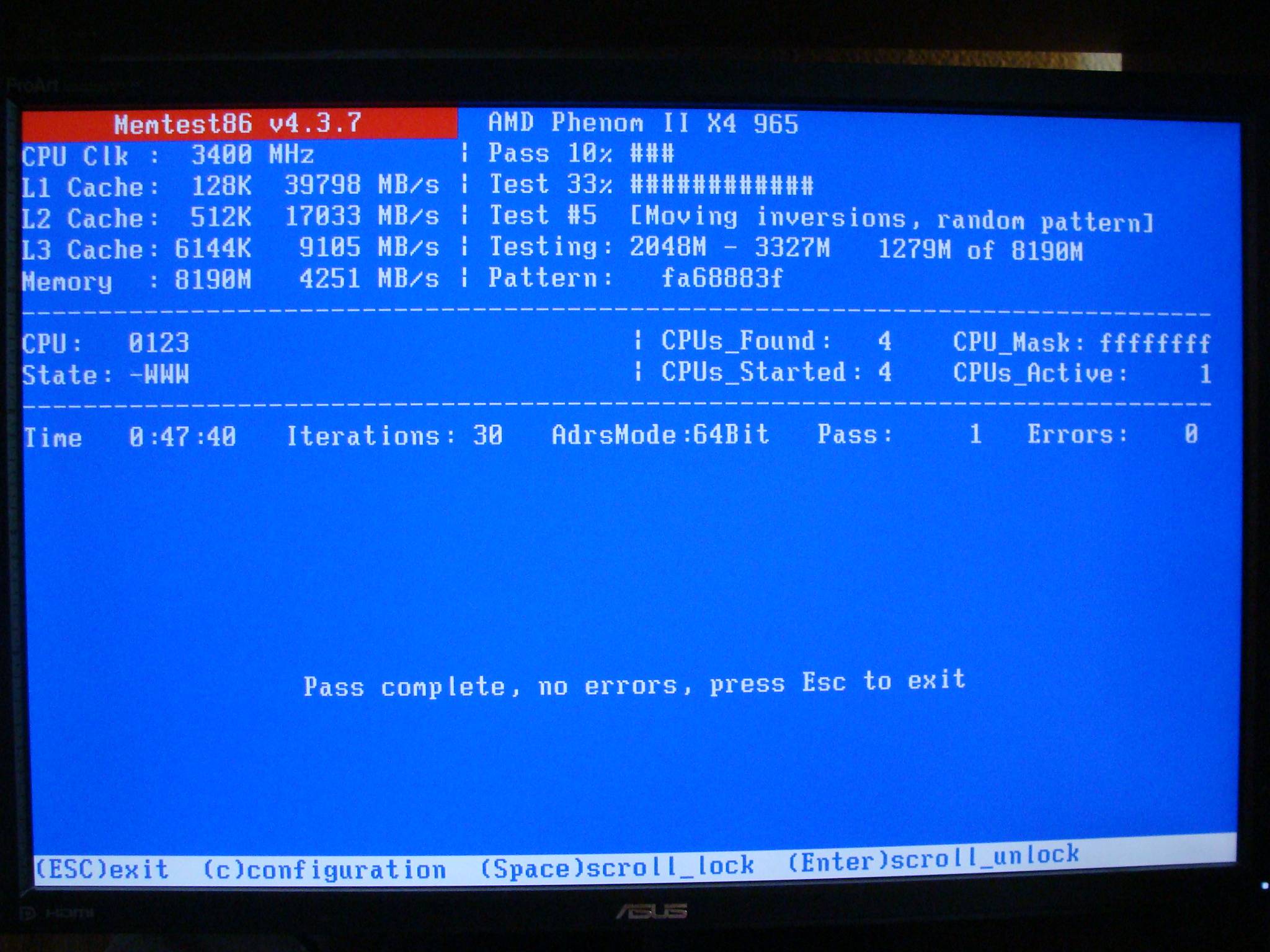 Is there some explanation why this is happening? My system is BootROM, which is why I am using the memtest86 version shown.

I updated the photo to show that the full testing passes. And each individual test shows the same 1279M.

So to summarize, is the memory actually missing, or is Memtest86 just not testing it?
And if it is missing due to some hardware failure, why does Memtest86 report it is there (by stating total 8190M). Also, on system boot there is no post error (quick boot disabled), and Windows 7 Resource Monitor memory tab looks like all the memory (8190M) is in use or available.

According to your screenshot, your test is not complete, only proceed 17%, we need to ensure the pass at the bottom is 1 or more, this value indicates the number of test count.

MemTest86 is reporting 8190MB to be installed. So all the available RAM will be tested.

However not all of the 8GB will be available. Some of the RAM will be used by hardware mapped into the address space. See memory mapped IO. Some addresses are also reserved by BIOS. See the e820 memory map. This also has the effect of fragmenting the address space.

Also you can't look at a memory address range in MemTest86 (nor Windwows) and know which RAM stick a particular address corresponds to. Interleaving with multiple memory channels and other factors make the mapping very complex.

1
Do these memtest86 results indicate a defective memory module?
4
Why are the failing addresses in Memtest86+ higher than my total memory?
0
memtest86+ on 4x4gb corsair 1600mhz vengeance dl9 lp
0
Discrepancies between Memtest86+ 2.11 and 5.01 test results
0
Incompatible memory modules, but memtest86+ shows no errors
1
All Memory Modules Fails Memtest. CPU or Motherboard Issue?
1
Does that mean that my RAM is broken?
0
How do I interpret these Memtest86+ results?