In the past, I could refuse to sign in to chrome - and still be able to use, for example, gmail. I would just select the tiny "skip" link when presented with the sign in window.

With the latest version of chrome it seems this option has been removed. Now as soon as I sign in to gmail, chrome automatically signs in as well into the same account. If I sign out from under "people" in chrome settings, I am automatically signed out from gmail.

I do not want to sign in to chrome; I do not want chrome to associate everything I do in my browser with my account. Yet, I do have to use gmail and docs (it's a corporate account, I don't have a choice).

How can I keep using gmail without signing in to chrome?

Go to ⋮ > Settings > You and Google > Sync and Google services
and disable Allow Chrome sign-in.

Allow Chrome sign-in
By turning this off, you can sign in to Google sites like Gmail without signing in to Chrome

After so much wasted time, I found the answer in this blog post:

Navigate to chrome://flags/#account-consistency and switch the Identity consistency between browser and cookie jar flag to "Disabled". Relaunch chrome - and you're set.

Another way to avoid Google forcefully signing users into Chrome is to use Ungoogled Chromium.

See the article Google is forcefully signing users into Chrome.

Chrome doesn't sign you in when you log in to Gmail, it just detects that you're signed in and displays your account picture. It was verified by Polish website Niebezpiecznik. They have tried to sign in to a fresh install of Chrome on a pristine OS. My rough translation:

On our office computers, even though our Google avatars appeared in the top right corner of browser's window, we weren't automatically signed in into Google accounts: 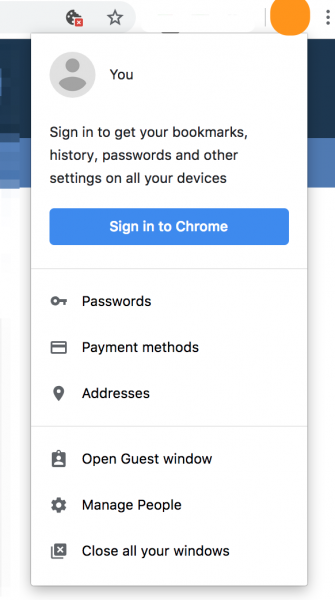 So we've checked everything on a fresh install of Google Chrome on a clean OS and we've confirmed that when user signs in eg. into Gmail, they won't be signed in into Google Chrome until they click "Sign in to Chrome" and enter their Google accout password again.

To confirm their results, I have just installed Windows 10 in a virtual machine. Then I installed latest Chrome, navigated to gmail.com and signed in. Results:

Avatar menu just after signing into Gmail, with the misleading blue button visible: 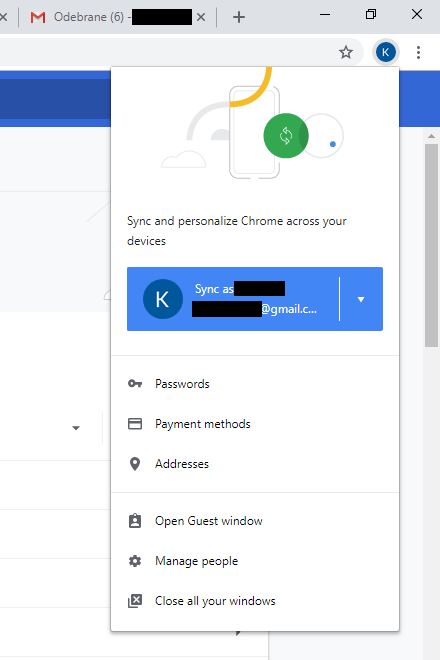 Settings just after signing into Gmail, with account name displayed, but with a smaller "Sync as [Your Name]" blue button:

An "You've turned on Sync" confirmation dialog that appears after clicking either blue button: 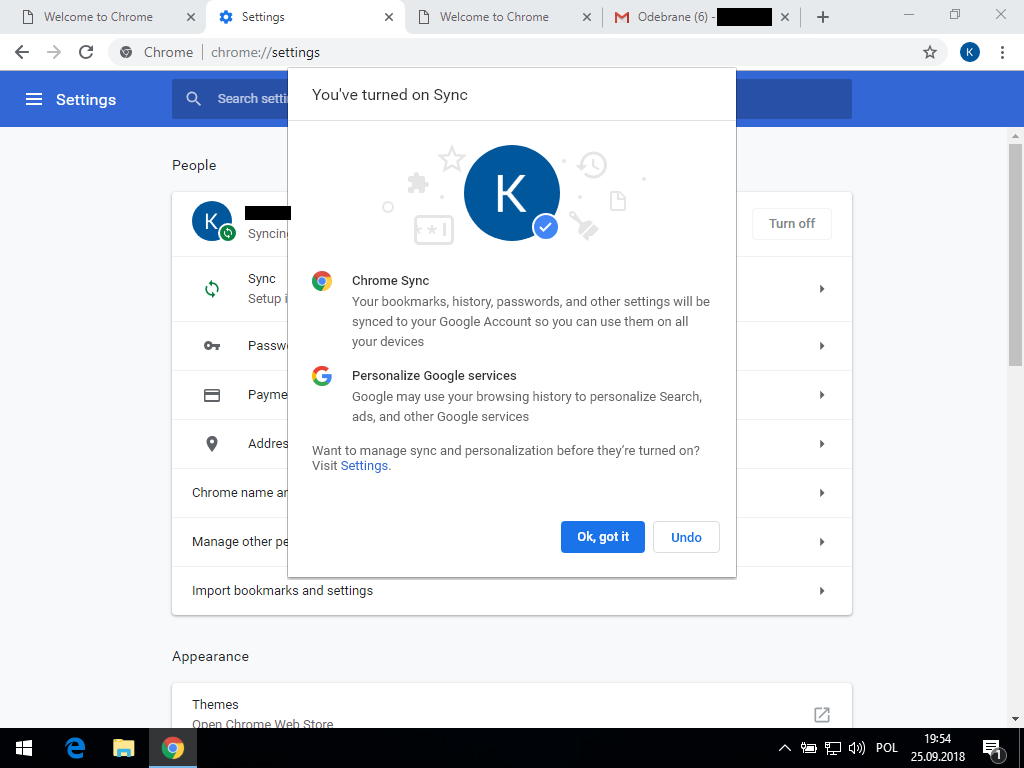 Not the answer you're looking for? Browse other questions tagged google-chrome gmail google-accounts or ask your own question.

1
How do I sign into Chrome but not gmail?

1
Getting chrome sign in password
13
Totally unable to switch Google accounts
0
When am sign in to Chrome with another laptop
0
Setting Up Chrome on Public Computers
1
Persistent sign-in button in Google Hangouts Chrome extension; unable to log-in and use the app
2
Prevent Chrome from discovering my Google account
6
How to sign-in to Google without Signing-in to Chrome?
3
Use Gmail with different account than in Chrome
116
How to disable Google One Tap sign-up prompts?